Retired RCMP officer Patsie Williams explains some of the policing breakdowns that heightened the death toll in the Moncton shooter fiasco. “It mind boggles all of us,” explained Ms. Williams, noting the shared consternation of RCMP colleagues concerning lethal mistakes made on the ground and at Mountie headquarters

According to recently-retired Moncton RCMP officer and whistle blower, Patsie Williams, both current and retired RCMP members in Moncton “are being “kept in the dark” about the inexplicable breakdown of sound police operations in the Moncton shooter fiasco that broke out on June 4 and 5.

On the main radio network of the Canadian Broadcasting Corporation Ms. Williams described the monumentally bad policing operations “that cost three guys their lives.” “What in the world went wrong,” she asked. “There’s so much that went wrong.” Ms. Williams continued, “Where was the supervision?…. Who was in charge?”

Assuring the interviewer that there is broadly-based dismay among the rank-and-file RCMP members concerning what went wrong, she exclaimed, “It mind boggles all of us.” Ms. Williams explained that the line up of poorly-trained officers rushing into the “kill zone” one at a time over an extended period make the Mounties look unsupervised and undisciplined.

Why wasn’t there an assessment made to stop the lethal sequence of events as information became available that something was very wrong? Some might go as far as to observe that it almost makes it appear as if the dead and wounded had been sent to their execution by the systematic withholding of information vital to their survival, information about what they could expect once they reached “the kill zone.”

“Why weren’t the officers told to stay back?” to wait until an organized and properly-equipped response could be put together?

Who Was or Wasn’t at the Helm During the Lethal Hours?

One of the main sites of the breakdown in proper procedures took place at the dispatch center where 911 calls were taken and turned into a series of hasty and ill-considered police responses. Ms. Williams said, “The guys who were taking the [telephone] calls were way under-trained to take and handle” the information coming in.

Ms. Williams said she had worked with all three of the RCMP officers who met violent deaths during those terrible hours through the evening and into the night of June 4. These hours are still shrouded with much mystery. Deceit and manipulation at the top stll cannot be ruled out. The retired RCMP officer described Moncton as a violent place. She left active duty in 2011 but formally retired in January of 2014.

Ms. Williams’ clear and unwavering explanations of the obvious disarray in the police response contradicts many aspects of prior accounts disseminated in the instant trial-by-media of Justin Bourque. 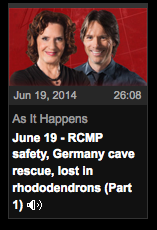