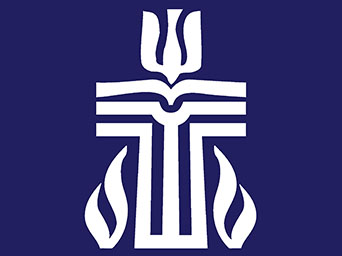 Pro-Palestinian campaigners are cock-a-hoop over the Presbyterian Church USA’s vote to divest from Caterpillar Inc, Hewlett-Packard and Motorola Solutions. Hailed as amazing, brave and miraculous in some quarters, it was actually a very close-run thing: 310 to 303 against, with no abstentions. Presbyterian Church (USA)

Excuse me if I don’t join the celebrations. Nearly half of Presbyterian delegates, apparently, still wish to continue investing in companies that profit from the Israelis’ brutal and illegal occupation of the Holy Land. And that’s not good enough.

The narrow victory, if we can call it that, was only won thanks to great efforts from outsider campaigners including Jewish justice groups. Without them the divestment vote would probably have been lost.

I was struck by the Pre-amble to the conference motion, which says the PC(USA) “has a long standing commitment to peace in Israel and Palestine” but confesses to “complicity in both the historic and current suffering of Israeli and Palestinian yearning for justice and reconciliation…”

Knowing their complicity in the suffering, it has taken a surprisingly long time to deal with their offending investments. Their misguided sympathy with the Zionist cause may take even longer. What they have now agreed is this:

“Instruct the Presbyterian Foundation and the Board of Pensions of the PC(USA), to divest from Caterpillar, Inc, Hewlett-Packard, and Motorola Solutions, in accord with our church’s decades-long socially responsible investment (SRI) history, and not to reinvest in these companies until the Mission Responsibility Through Investment Committee of the PC(USA) is fully satisfied that product sales and services by these companies are no longer in conflict with our church investment policy. This action on divestment is not to be construed or represented by any organization of the PC(USA) as divestment from the State of Israel, or an alignment with or endorsement of the global BDS (Boycott, Divestment and Sanctions) movement.”

They also agreed to “affirm the importance of economic measures and cooperation between Israelis and Palestinians that support and advance a negotiated two-state solution”.

So here’s another group who think negotiations under military occupation – with, quite literally, a gun to the underdog’s head – will deliver peace. A law-based justice solution wasn’t mentioned.

BDS dismissed as “a negative approach to peace making”

The Presbytery of Santa Barbara, in their ‘overture’ to conference, called on the General Assembly to make clear that the PC(USA) is not a part of the international BDS movement. “Proposals seeking divestment from companies doing business with Israel have been rejected at the last four consecutive General Assemblies in 2006, 2008, 2010, and 2012, yet they keep coming back as if none of these previous considerations, and subsequent rejections, had happened.” Promoting this kind of negative approach to peacemaking was wrong and must end, they said

And they concluded with this amazing statement: “The occupation will not and cannot end until the Palestinian people and their leaders choose a viable, democratic, Palestinian state, committed to living peacefully alongside the Jewish state of Israel.”

Do they have the faintest idea of the situation in the Holy Land? If Santa Barbara Presbyterians are representative of American Christianity, God help us all! I don’t detect any concern at all for the Christian and Muslim brothers and sisters and their dreadful suffering under the Israeli jackboot. No mention, either, of international humanitarian law and justice. And it still hasn’t dawned on some Presbyterians the consequences of ‘recognising’ Israel as a Jewish state. I suggest they read my last week’s article ‘Palestinian ambassador hotly denies recognising Jewish state’ Palestinian Ambassador Hotly Denies ‘Recognising’ Jewish State .

Either the Santa Barbara crowd are ‘the enemy within’ or they actually believe the Pope when he says that “inside every Christian is a Jew”, and have inherited the mindset of Israeli Jews.

All I can say to US Presbyterians and their supporters is this. Welcome progress has been made but self-congratulation is premature. Your organisation is still too susceptible to (and fearful of) Zio pressure. Yes, you sent a useful message but hardly a resounding one. All you have done is administer a slap on the wrist to a trio of US corporates. You haven’t even attempted to punish the real culprits, the thuggish Israeli regime, who’ll be relieved that even such a long-overdue decision just scraped by and may be reversed next time. They’ll also take comfort from the way you distanced yourselves from the global BDS movement.

I recommend you stop being squeamish and embrace BDS wholeheartedly, especially the George Galloway version – “No recognition, no normalisation; just boycott, divestment and sanctions, until the apartheid state is defeated.”

Many have criticised Galloway for his hard-line attitude. However, anyone who doesn’t demand an immediate end to the cruel and illegal 66-year occupation and finds silly excuses for prolonging the misery — like more lopsided ‘negotiations’ when international law and UN resolutions have already spoken — deserves to feel the cold blast of boycott, Galloway-style.

It would mean dumping interfaith ‘dialogue’ with Jews (and Christians) who support Zionism. What good has it done anyway? As long as they can keep everyone talking there’s no resolution and the Zionist entity carries on building settlements and establishing other irreversible ‘facts on the ground’ intended to make the occupation permanent. The situation, as we have seen over the decades, goes from bad to worse. Dialogue with such people simply opens the door to infiltration and unwarranted interference, as Christian churches all over the world have discovered.

But do make sure you continue discussion with those who openly condemn the Zionist project and work to halt it.

US Presbyterians’ big score came earlier this year when they published their booklet ‘Zionism unsettled’, a study guide to the underpinnings of Christian and Jewish Zionism. This infuriated not only Jewish groups but Presbyterians engaged in ‘dialogue’ with them. The president of the Jewish Council for Public Affairs called the guide “worthy of a hate group, not a prominent American church”, according to the Jerusalem Post. The usual suspects branded it an attack on the very legitimacy of the Zionist enterprise (no humour intended). And a couple of rabbis from the Wiesenthal Center said it had “crippled dialogue with the Jewish people”.

With the Zionist-leaning element perhaps. So that’s a start…. let them stew. If they don’t like it, remind them of Israel’s latest terror rampage and murder spree across the West Bank and Gaza and over 400 arrests following the alleged kidnapping of 3 Jewish teenagers. The world forgets that the so-called ‘Jewish state’ indiscriminately shoots or abducts Palestinian children, and tortures them, with impunity.