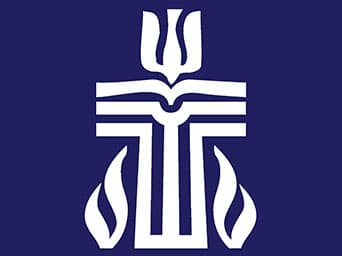 Why do churches let themselves become ensnared in inter-faith ‘friendships’ with extremists? How does it help the quest for peace and harmony?

I’ve been reprimanded for being too critical of the Presbyterian Church (USA) which has taken 10 years and 5 general assemblies to deal with its objectionable investments, and then only by the narrowest of voting margins – see ‘Timid US Presbyterians punish American companies, shun BDS and let Israel off the hook’.

An email arrived this morning urging me to “show some love to Presbyterians coming under attack for divesting”. Of course I warmly congratulate the 310 delegates who voted for divestment, but the 303 who apparently still think it’s OK for the Church to invest its money in companies that profit from Israel’s illegal occupation of the Holy Land get no hugs and kisses from me. I expect better from a major Christian church with nearly 2 million members. I expect it to be able to tell right from wrong and not drag their feet while defenceless Christian communities suffer horribly in the land where Christianity was born.

Winning the vote relied too much on the efforts of outside groups such as Jewish Voice for Peace, who provided strong moral support against massive Zionist pressure to reject divestment. The vote simply wasn’t convincing enough to put the matter beyond doubt and could be reversed next time.

The divestment decision coincided with the election of a new Moderator, Dr Heath Rada, who was immediately berated by Jewish propagandists and ambushed by CNN. He seemed ill-prepared to take on the important role of front-man. See the interview video here http://blog.camera.org/archives/2014/06/pcusas_new_moderator_unsettled_1.html .

How could Rada have been surprised by the line CNN took? His performance against the ‘professionals’ will have undone a lot of hard work by the foot-soldiers. And he seems to know diddly-squat about the true situation in the Holy Land.

A post-conference letter from the Presbyterian leadership summarised the business done at the General Assembly, including this key decision:

“The Assembly approved a measure to divest from three corporations – Caterpillar, Hewlett-Packard and Motorola Solutions – it believes are not in compliance with the church’s policy on socially responsible investing. The decision is a significant step in the denomination’s policy that says it should not profit from ‘non-peaceful pursuits’. This does not constitute divestment from Israel – the church maintains significant investments in companies that do business in Israel.”

So what’s the problem? That’s right, there isn’t one.

“Choose your friends wisely, they will make or break you.” – J. Willard Marriott

A much sillier issue for Dr Rada and US Presbyterians is the mishandling of the study booklet ‘Zionism Unsettled’, which came out earlier this year. One Jewish leader complained that it was “worthy of a hate group, not a prominent American church”. Others said it attacked the very legitimacy of the Zionist enterprise. According to Dr Rada, in the CNN interview, the Presbyterian General Assembly doesn’t support what ‘Zionism Unsettled’ says. He thought the publication had “become so inflammatory that it is a problem” and would be removed from sale.

If a Congregational Study Guide is published under the Presbyterian Church’s banner, one supposes that it has been checked and double-checked to make sure it is “legal, decent, honest and truthful” – the universal standard by which advertisements and other promotional material are judged. So what can possibly be so objectionable that senior churchmen are dropping it like a hot potato?

It was produced by the Israel/Palestine Mission Network (IPMN), an organization of the Presbyterian Church (USA) set up to encourage wider and deeper Presbyterian involvement with Palestinian Christians and advocate for the human rights of Palestinians under military occupation.

On the question of Zionism the Church previously voted to “challenge and encourage discussion of theological interpretations that confuse biblical prophesies and affirmations of covenant, promise, and land, which are predicated on justice, righteousness, and mercy, with political statehood that asserts itself through military might, repressive discrimination, abuse of human rights, and other actions that do not reveal a will to do justice, to love kindness, and to walk humbly with God”. This comes from the Church’s 2003 paper ‘End the Occupation now’.

The IPMN “speaks to the church not for the Church”. Nevertheless, the Church cannot pretend the ‘Zionism Unsettled’ booklet isn’t theirs. No-one is going to believe that the Church chiefs didn’t approve it before making it available to the public, especially as it claims to provide “helpful guidance on how you and your congregation can contribute to the cause of just peace for the people who share the Holy Land and promote more truthful relationships among followers of the three Abrahamic religions”.

Exactly what is needed, one might have thought since Zionism is to many minds the central problem in the Holy Land and beyond. If the 76-page work is as honest as it should be, the following announcement is all the more astonishing: “The 221st General Assembly (2014) declares that ‘Zionism Unsettled’ does not represent the views of the Presbyterian Church (USA) and directs all Presbyterian Church (USA) entities to express this statement in all future catalogs, print or online resources.”

At best it looks like a betrayal of the truth (assuming the publication is accurate) and a stab in the back for one of the Church’s most important missions. At worst it reeks of appeasement to the Zios.

The publication was still for sale on the PC(USA) website for $10 when I looked yesterday. Trying to bury it while openly selling it is madness in the present highly charged atmosphere. Either say what’s wrong and bin it or get four-square behind it.

Frequently Asked Questions on the Church’s website makes its position on various issues clear. Here are just a few examples.…

Caterpillar provides bulldozers used in the destruction of Palestinian homes and for clearing land of structures and fruit and olive tree groves in preparation for construction of the barrier wall. [According to Haaretz, Caterpillar say they don’t sell equipment to Israel, only to the US Government. This needs checking.]

Hewlett-Packard has extensive involvement with the Israeli army and provides electronic systems at checkpoints, logistics and communications systems to support the naval blockade of the Gaza Strip, as well as business relationships with illegal settlements in the West Bank.

There’s no need to explain further to the media or inquisitive Jewish groups.

The voice of the playground bully

The reaction of Jewish ‘friends’ to the Presbyterians’ perfectly reasonable divestment decision has been anything but friendly. An important challenge for the Church, therefore, must be how to keep its strange friendship with interfering Jewish groups from getting in the way of its Christian duty. It fears offending the Jewish community but must be aware of the vicious crimes Israeli Jews commit daily against its Christian brothers and sisters in the Holy Land. Given the endless suffering inflicted on Palestinians – Christian and Muslim alike — in the West Bank and the Gaza Strip, Jews living comfortably in America are hardly in a position to whine about being offended. The offence is theirs if they defend Israel’s conduct. The offence is also theirs if they fail to condemn it.

On the PC(USA)’s decision to divest, the President of the Union for Reform Judaism

http://urj.org/about/union/pr/?syspage=article&item_id=112700 said: “PC(USA) has by a very narrow margin chosen its preference for a policy of isolation rather than one of engagement…. I said to the Assembly: ‘You can chose partnership and engagement or you can choose separation and divestment.’ Were they to have chosen to continue working cooperatively with us on peace efforts to make real a two-state solution, I offered to facilitate a meeting of the Presbyterian leadership with Israeli Prime Minister Netanyahu. At this meeting we would have discussed with the Prime Minister any areas of concern about Israel’s policies regarding the Palestinians. With their vote today, they have, sadly, chosen the latter course of divestment and separation. So be it.”

A false dichotomy of course, followed by a ludicrous bribe. Meeting Netanyahu would change nothing (except that you’d come home processed, brainwashed and re-programmed) just as “working co-operatively” with most Jewish groups has achieved nothing and never will.

The Israeli Embassy in Washington said: “The resolution of the Presbyterian Church this evening in Detroit is shameful. It removes its ability to be a constructive partner to promote peace in the Middle East…. “ Note that anyone who goes against Israel’s wishes is no longer a partner for peace, as if peace was ever on Israel’s agenda. Right now 250 Palestinian children abducted from their homes or the streets and 23 Palestinian MPs are reported to be banged up in Israeli jails, representing Israel’s peaceful intent.

Rabbi Noam Marans, the American Jewish Committee’s director of Interreligious and Intergroup Relations stated: “The PCUSA leadership is facilitating the delegitimization of Israel in the guise of helping Palestinians. It is a very sad day for Presbyterian-Jewish relations when church leaders from across the US align with the international Boycott, Divestment and Sanctions (BDS) movement. This is an affront to all who are committed to a peaceful resolution of the Israeli-Palestinian conflict. The PCUSA decision is celebrated by those who believe they are one step closer to a Jew-free Middle East.” He added that the PCUSA leadership should have told church members: ‘We will not support misinformation, we will not condone propagandist indoctrination. Instead, they have empowered those within the denomination who are driven by hatred of Israel to undermine support for the peaceful resolution of the conflict via a directly negotiated two-state solution.” The irony of his words is completely lost on Marans, it seems.

Is this the language of Jewish-Christian friendship? No. It’s the voice of playground bullies in a concerted attempt to stifle legitimate debate and obstruct responsible action. Those of us who don’t hang around religious playgrounds have no time for it. In the real world outside of religion and corrupt politics anyone who speaks in such a disrespectful manner is sent packing.

Naturally, the Church must continue to engage across the faiths with genuine peace-seekers, but why get embroiled with those who are indifferent to the crimes of the Zionist regime and respond to the slightest criticism with hateful smears and accusations?

Hopefully the divestment rumpus has injected a dose of realism. The time has surely come for Presbyterians (and other denominations) to take J Willard Marriott’s advice and review their friendships and say goodbye to those whose purpose, through intimidation, is to blunt Christian decency and undermine freedom of action.

Unfortunately an Open Letter http://www.pcusa.org/news/2014/6/26/open-letter-pcusa-us-our-american-jewish-partners/ reaching out from the PC(USA) leadership to “our American Jewish Interfaith Partners” makes no distinction, so it looks like business as usual with the playground bullies.