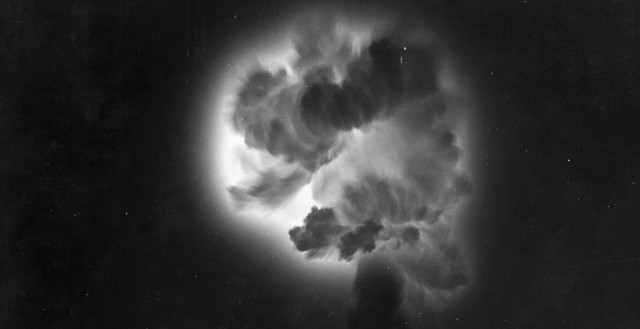 The Electron disconnect, Magnetic Buoyancy and the anti-gravity effect of a nuclear fireball.

… from Sandia circa 1962… Declassified

[ Editor’s notes:  The following article will, to those who can guess at what is withheld/classified and why we are including this, has much to offer.  To many, it will answer questions to 9/11 as a nuclear event.  As we are preparing publication of an even more detailed description of how many and what type of weapons were used, accept this as a “down payment.”
This was pulled from Sandia. Circa 1962. It is highly edited. The original document was over 150 pages. It is selected pieces from a paper on the anti-gravity effects of the nuclear fireball or how charged plasma produces anti-gravity effects. If you put a very strong neodymium magnet next to a match and light it you can see the effect.]