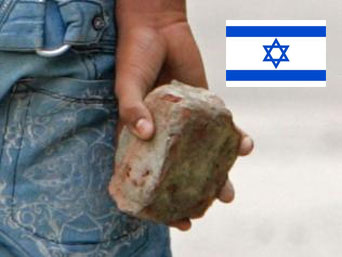 Not everything we see is what is moving the big players.

The USA and EU are in a epic brawl for resources and to save the US dollar from being marginalized to keep the current elite in power.  What we are seeing is the multi-polar world crashing on the 20th century winners.  This is what the conflicts in Ukraine, Iraq, Iran, and others including Gaza are really about.

Yesterday, the BRICS countries made pacts and created a new world bank excluding USA and EU.  This is NOT titillating news and does not make it to prime time but is the biggest news event in the last decade, maybe even the last 50 years, because it is earth shattering for the financial systems and will have effects in every society worldwide.

Now for Israel Firsters, this is major blow because Israel’s power comes from its complete mastery of the USA and EU financial and political systems.  Without the USA specifically, Israel is deep trouble.

You see the BRICS do NOT share and will not open its doors to Zionism. They find Zionism to be antiquated vision that no relevance to their aims.  In short, Zionism has no seat at that table.

So as BRICS continue to do deals outside the USA/EU and take away the US Dollar as the reserve currency, the USA will go into a deep recession like it has NEVER seen before.  It will not be able to “print” more to deal with debt.  This is very serious and has absolute serious repercussions for Israel as the tap for Israel will be hindered in a profound way.

On a human note, it may be a net positive for not only Israel but the Middle East as a whole.

In fact, it would be a good thing for Israel to get off its diet of the US taxpayer funded fuel and force Israel to deal with the human question of millions of native indigenous peoples and the real human fact that it lives with other human beings as neighbors and that it can no longer to continue to operate in a vacuum.

Frankly, it will have to drop its 19th century ERETZ ISRAEL ambition in its practical format and replace it with a new 21st century vision of a country that respects all of its citizens in total including but not limited to Jews, Christians and Muslims and has outstanding relations with its neighbors (which BTW was the original vision of Theodor Herzl).  Now that would be an Israel that we all can support; democratic with liberty and justice for all; not just some!

As for murdering men, women and children to buttress an ambition, an idea, to sell a vision; shameful on all sides!  It demonstrates the complete failure of the 20th century Sykes-Picot Agreement and the failure of Eretz Israel as a viable vision for a 21st century world that is connected, diverse, and full of real human beings; not just a few million “chosen” Jews and 7 billion “apes”!

As for referring to that guy as a terrorist or the other guy blah blah to sell ones point, well that is shameful when everyone is guilty of failing our children.  EVERYONE!  This includes but is not limited to Jews, Christians, Muslims, Arabs, Israelis, Americans, Brits, French, etc….  Shameful!  After all, this is NOT an us vs. them. It is just US! Period

Finally, as most of you know, I have a bigger think; a better solution that is so big that most will say it is NOT possible.   But then again, they said that about going to the moon right?  So check it out at Middle East Union Congress and consider joining TEAM PEOPLE!

I welcome all comments, critic, thoughts, and ideas!

A Human Being Who Stands for Freedom, Justice and Liberty for all
And a proud member of TEAM PEOPLE