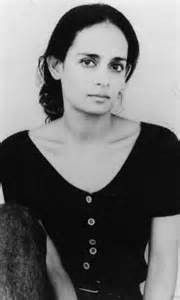 The masters of chaos and genocide are busy everywhere—in SWAT-land’s prisons and airports, the so-called drug war in Mexico and Colombia, the fracking fields of Canada, the permanently-poisoned streets of Fukushima, the rising oceans, the thawing permafrost of Siberia, the Indian countryside, the contrived sectarian massacres of Iraq. Killing us slowly is not nearly enough for these psychopaths, for they are now confronting Russia and China with a stark choice: slavery or nuclear cataclysm.

For many years, Arundhati Roy has been busy unmasking these powerful villains. Watching, brokenheartedly, the events in Gaza, I wished to confirm my interpretation with hers. Although she wrote the following lines on the first anniversary of 9/11, they are even more relevant today than they were then:

September 11 has a tragic resonance in the Middle East, too. On September 11, 1922, ignoring Arab outrage, the British government proclaimed a mandate in Palestine, a follow-up to the 1917 Balfour declaration, which imperial Britain issued, with its army massed outside the gates of the city of Gaza. The Balfour declaration promised European Zionists a national home for Jewish people. Two years after the declaration, Lord Balfour, the British foreign secretary said: ‘In Palestine we do not propose to go through the form of consulting the wishes of the present inhabitants of the country. Zionism, be it right or wrong, good or bad, is rooted in age-old traditions, in present needs, in future hopes of far profounder import than the desires or prejudices of the 700,000 Arabs who now inhabit this ancient land’.

How carelessly imperial power decreed whose needs were profound and whose were not. How carelessly it vivisected ancient civilizations. Palestine and Kashmir are imperial Britain’s festering, blood-drenched gifts to the modern world. Both are fault-lines in the raging international conflicts of today.

In 1937 Winston Churchill said of the Palestinians: ‘I do not agree that the dog in a manger has the final right to the manger even though he may have lain there for a very long time. I do not admit that right. I do not admit for instance that a great wrong has been done to the red Indians of America or the black people of Australia. I do not admit that a wrong has been done to these people by the fact that a stronger race, a higher grade race, a more worldly wise race to put it that way, has come in and taken their place’. That set the trend for the Israeli state’s attitude towards Palestinians. In 1969, Israeli Prime Minister Golda Meir said: ‘Palestinians do not exist’. Her successor, Prime Minister Levi Eshkol, said: ‘What are Palestinians? When I came here [to Palestine] there were 250,000 non-Jews, mainly Arabs and Bedouins. It was desert, more than underdeveloped. Nothing’. Prime Minister Menachem Begin called Palestinians ‘two-legged beasts’. Prime Minister Yitzhak Shamir called them ‘grasshoppers’ who could be crushed. This is the language of heads of state, not the words of ordinary people.

In 1947 the UN formally partitioned Palestine and allotted 55% of Palestine’s land to the Zionists. Within a year they had captured 78%. On May 14, 1948, the state of Israel was declared. Minutes after the declaration, the US recognized Israel. The West Bank was annexed by Jordan. The Gaza strip came under Egyptian military control. Formally, Palestine ceased to exist except in the minds and hearts of the hundreds of thousands of Palestinian people who became refugees.

In the summer of 1967, Israel occupied the West Bank and the Gaza Strip. Settlers were offered state subsidies and development aid to move into the occupied territories. Almost every day more Palestinian families are forced off their lands and driven into refugee camps. Palestinians who continue to live in Israel do not have the same rights as Israelis and live as second-class citizens in their former homeland.

Over the decades there have been uprisings, wars, intifadas. Tens of thousands have lost their lives. Accords and treaties have been signed, ceasefires declared and violated. But the bloodshed doesn’t end. Palestine still remains illegally occupied. Its people live in inhuman conditions, in virtual Bantustans, where they are subjected to collective punishments, 24-hour curfews, where they are humiliated and brutalised on a daily basis. They never know when their homes will be demolished, when their children will be shot, when their precious trees will be cut, when their roads will be closed, when they will be allowed to walk down to the market to buy food and medicine. And when they will not. They live with no semblance of dignity. With not much hope in sight. They have no control over their lands, their security, their movement, their communication, their water supply. So when accords are signed and words like ‘autonomy’ and even ‘statehood’ are bandied about, it’s always worth asking: What sort of autonomy? What sort of state? What sort of rights will its citizens have? Young Palestinians who cannot contain their anger turn themselves into human bombs and haunt Israel’s streets and public places, blowing themselves up, killing ordinary people, injecting terror into daily life, and eventually hardening both societies’ suspicion and mutual hatred of each other. Each bombing invites merciless reprisals and even more hardship on Palestinian people. But then suicide bombing is an act of individual despair, not a revolutionary tactic. Although Palestinian attacks strike terror into Israeli civilians, they provide the perfect cover for the Israeli government’s daily incursions into Palestinian territory, the perfect excuse for old-fashioned, 19th century colonialism, dressed up as a new-fashioned, 21st century ‘war’.

Israel’s staunchest political and military ally is and always has been the US government. The US government has blocked, along with Israel, almost every UN resolution that sought a peaceful, equitable solution to the conflict. It has supported almost every war that Israel has fought. When Israel attacks Palestine, it is American missiles that smash through Palestinian homes. And every year Israel receives several billion dollars from the US.

What lessons should we draw from this tragic conflict? Is it really impossible for Jewish people who suffered so cruelly themselves — more cruelly perhaps than any other people in history — to understand the vulnerability and the yearning of those whom they have displaced? Does extreme suffering always kindle cruelty? What hope does this leave the human race with? What will happen to the Palestinian people in the event of a victory? When a nation without a state eventually proclaims a state, what kind of state will it be? What horrors will be perpetrated under its flag? Is it a separate state that we should be fighting for, or the rights to a life of liberty and dignity for everyone regardless of their ethnicity or religion?

Palestine was once a secular bulwark in the Middle East. But now the weak, undemocratic, by all accounts corrupt but avowedly non-sectarian PLO, is losing ground to Hamas, which espouses an overtly sectarian ideology and fights in the name of Islam. To quote from their manifesto: ‘We will be its soldiers, and the firewood of its fire, which will burn the enemies’.

The world is called upon to condemn suicide bombers. But can we ignore the long road they have journeyed on before they arrived at this destination? September 11, 1922 to September 11, 2002 — 80 years is a long long time to have been waging war. Is there some advice the world can give the people of Palestine? Some scrap of hope we can hold out? Should they just settle for the crumbs that are thrown their way and behave like the grasshoppers or two-legged beasts they’ve been described as? Should they just take Golda Meir’s suggestion and make a real effort to not exist?