Home Government US and Israel Quietly Break Up Iraq 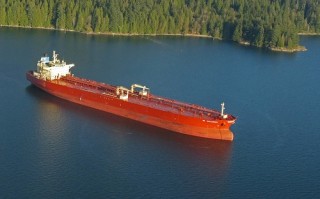 While the world is distracted with Israeli atrocities in Gaza, the US and Israel are quietly breaking up Iraq. According to Reuters UK, a federal court in Texas has ordered US Marshals to seize a $100 million cargo of Kurdish oil on a tanker off the coast of Galveston, Texas – but only if the tanker enters US territorial waters.

Attorneys for the government of Iraq laid claim to the oil in a lawsuit they filed on July 28. Since May, the Kurdistan Regional Government (KRG) has shipped five million-barrel tankers of oil from the Turkish port of Ceyhan in defiance of Iraqi law, which mandates that Baghdad has sole authority over Iraq’s natural resources. One cargo of Kurdish crude was delivered to the United States in May to an unidentified buyer.

Four other tanker loads of Kurdish oil have been delivered to Israel.

The recent inability of the Iraqi government to defend its northern territories from the Islamic State (aka ISIS aka ISIL) has emboldened the KRG to assert control over the oil-rich city of Kirkuk. With the complicity of the Turkish government, they have been marketing the oil on their own behalf. Because Kurdistan is land-locked, the oil must be shipped via pipeline to Turkey.

This is one rare instance in which the US and Israel appear to be on opposite sides (or do they?). According to the Wall Street Journal, the Obama administration publicly opposes direct oil sales by Kurdistan, fearing this could contribute to the break-up of Iraq.

Yet, repeating a common pattern, the official position contradicts growing evidence that the CIA is training and arming ISIS militants.

Israel, meanwhile, is eager to expand trade with Kurdistan. According to unnamed Israeli officials, they see it as an opportunity to expand Israel’s limited diplomatic network in the Middle East, while simultaneously shoring up the country’s energy security.