Home Government Mr. President, What Are You Waiting For? 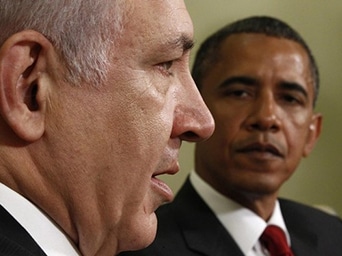 I am writing to you this personal letter, because you, perhaps more than any other person on this earth can make a difference between war and peace, between justice and injustice, between right and wrong and you as leader of this great nation can steer America back to its principals and ideals as a world leader standing for freedom and justice for all.

Not so sure what was your agreement with Bibi Netanyahu when he commenced his criminal war on Gaza? Not so sure what was the figures or numbers of causalities that are acceptable to both of you? Not  sure if a thousand or two thousand or three thousands or ten thousands innocent Palestinians lives in Gaza are sufficient to stop this criminal war and enough for”mowing the lawn” this time around.

Not so sure of the number of civilians targets acceptable to you and to Bibi Netanyahu and whether deliberate attacks on hospitals, on schools, on old age nursing homes, and attacks on infrastructures such as the US funded electricity power generation ( only one in Gaza) is part of the destruction and punishment of the people of Gaza. And whether deliberate targeting of little children playing on the beach is acceptable and part of the agreement with Netanyahu. You should know that Israel on previous occasions totally destroyed Gaza International Airport, Gaza Sea Port and over 40,000 homes and buildings.

I and millions here in the US and around the world not knowing the extent to which you as president and leader of the US is willing to allow Israel to continue with its criminal war on Gaza.

Do you think as an intelligent person perhaps a moral person that you and your administration should know that Israel never ended its occupation of Gaza. And how can you justify the illegal and continued siege and blockade of Gaza? A blockade that kept Gaza under siege for over 8 years, with more than 2 million people kept in large concentration camp minus the “ovens”. Blocked and prevented Gazans from free access to the world, prevented from Gazans from importing goods and services directly for their needs and prevented from being secure and safe just like the Israelis leaving the “tunnels” as their only means of getting what they need.  If the people of Gaza are denied their safety and security why should Israel and the Israelis have theirs.

Do you think it is right and fair for Israel to vacate its soldiers and criminal settlers from Gaza, and keep its siege and blockade and prevent the people of Gaza from importing pasta and tomatoes sauce afraid that such items be used for military purpose? How insulting to Israelis before it is to Palestinians.

Do you think it is right and in keeping with the moral principals and ideals of the US to accept the notion that Israel as an Occupying power can develop a “calorie count” enough to keep the people of Gaza close to starvation but not to die?

As a candidate for the presidency, you made it a point to visit the Israeli town of Sedrot showing support, but chose not to visit Gaza and witness first hand the damage done on a daily basis by the Israeli military machine funded and supplied by our citizens and taxpayers.

Do you think it is right for Israel to use all its military might from F-15 and F-16, tanks, artillery, tanks, smart bombs, and assault ships to target civilian, wiping out entire neighborhoods and killing entire families while denying the rights of the Palestinians to use “useless” poorly aimed rockets that does little damage and hardly any deaths?

Why the double standards? Or should Israel have the absolute right to use whatever in its arsenal while the helpless Palestinians could not use what little they have. Do you think it is right for the Palestinians to accept the occupation, land theft, mass kidnapping, targeted killings by the IDF, jailing of hundreds of thousands without charges, demolitions of homes, uprooting and burning of century old olive trees, attacks by criminal armed settlers without any right to self defense.

The Palestinians have been subjected to incitement of hatred by Jewish Rabbis in Israel and in America, subjected to incitement of hatred by senior politicians ( one member of the Knesset, certainly a Russian immigrant proposed the mass killings of ALL Palestinian mothers) and had to endure the daily humiliations at the more than 500 “security checkpoints” enduring the waiting for hours to get to their farms ,if allowed, or to visit their neighbors and family, let alone travel on segregated roads while denied the right to travel on designated “Jewish Only Roads” and have to endure living between an Apartheid Wall that snakes its way through villages, farms even homes and barbed wires on the other side.  Should the Palestinians simply accept their fate and and simply die without a fight?

You of all people, a lawyer, a civil right activist who won the Noble Peace Prize should think that people under Occupation have NO right to self-defense, have NO rights to resort to armed resistance against a military Occupation, let alone the Israeli Occupation? An occupation that lasted more than 47 years not to mention the initial occupation of Palestine and the forced exile of majority of Palestinians from present day Israeli. Not so sure when the last time you looked at the map of Palestine and saw the extents of the “Judifications” of the West Bank.

The late Yasser Arafat not only aborted the First Intifada which was the closest thing the Palestinians came to a national civil unarmed uprising that could have without the interference from Yasser Arafat and the PLO could have brought the people closer to freedom and ending the Israeli Jewish Occupation.

The US and the world cheered Yasser Arafat, Mahmoud Abbas and PLO leadership for negotiating Oslo, for granting Israel full and unconditional recognition with open borders, Jerusalem, no Rights of Return and look what Arafat, Abbas and the PLO got in return. Continued military and settlers occupations, security cooperation with Israel for its army and armed settlers, relieving Israel from the financial burden of the Occupation, ever expanding Jewish settlements, ever expanding security check points, perpetual endless negotiations, a corrupt incompetent administrations that fails to protect its people from daily attacks by the IDF and armed Jewish settlers.

You Mr. President should know better. The US was never a fair honest broker, if anything dishonest, and has always stood in the way of implementing UNSC resolutions. Always stood in the way of getting to peaceful solution that addresses Israel’s needs and address the legitimate needs of Palestinians for the Rights of Return, a shared open Jerusalem for all, an end to the Occupation. The US, its chief executives, its Congress and media always supported Israel right and wrong and are key partners of this most inhuman occupation.

I and millions of people in the US and around the world think it is time for you to earn the Noble Peace Prize awarded to you in anticipation of being the “ Peace President” and the first step should be to address the nation and let the American people know who is the abstinent intransigent party that have blocked peace in the Middle East, frank and honest and factual talk, and yes speak of the role of the American Jewish leadership in blocking any kind of peace.

You Mr. President should have the courage to do the right thing, to issue an executive order to stop all military, political and financial aid to Israel until its agrees to unilaterally vacate the Occupied Territories since 1967 and to negotiate a fair and equitable deal to address the Right of Return in accordance with UNSC resolution, giving Israel a time limit to do that, not years but months, including the vacating of all illegal criminal trespassing Jewish settlers. If it can occupy the land in days, then it can vacate it in weeks.

Otherwise, there will be no choice for the Palestinians but to dump the PLO/PA and chase its leadership out of Ramallah and seek a One State for ALL of its citizens even if the Palestinians have to live in an Apartheid State and fight for equal citizenship.

Thank you Mr. President, please let your heart and mind decide your course of action and not worry about what Republicans might do to your agenda. I am sure that you are not afraid of retaliations by AIPAC and ADL. Please trust the American people sense of fairness and decency. They will be on your side and on the side of justice and peace. American and the American people have paid a very high price because of Israel and its occupation. The blood of all Arabs and Israeli are on America’s hands. Thank you Mr. President, God bless.