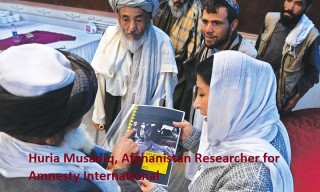 US forces who have tortured or killed civilians in Afghanistan have not been brought to justice because of failures in the US military justice system, human rights group Amnesty International said yesterday.

At least 1,800 Afghan civilians have been killed by coalition troops between 2009 and 2013, Amnesty said in a report released in the Afghan capital, but only six cases against US military personnel went to trial over the period.

Several families seeking justice from the US government attended a conference in Kabul to give dramatic accounts of their experiences of loss and torture, among them burqa-clad women who had survived a deadly air strike. 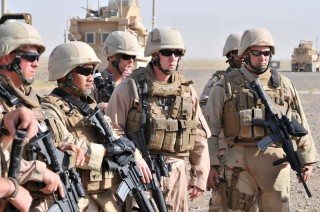 “The US military justice system almost always fails to hold its soldiers accountable for unlawful killings and other abuses,” Richard Bennett, Asia-Pacific director for Amnesty, said in a statement urging the need for reform.

“Thousands of Afghans have been killed or injured by US forces since the invasion, but the victims and their families have little chance of redress.”

The US Department of Defence said troops go to extraordinary lengths to avoid civilian casualties and it took all credible reports of injuries and deaths seriously.

“The United States has investigated US military personnel and civilian personnel, including contractors, for civilian casualties that are alleged to be not incident to lawful military operations,” said spokeswoman Navy Commander Amy Derrick-Frost.

Victims at the conference told of how they witnessed the killing of family members in night raids and survived torture by US troops.

Mohammad Saber, from the eastern province of Paktia, recalled the moment when US forces arrested him and three others in a raid on his home after a party. 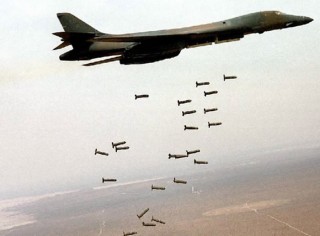 Saber’s wife, sister and niece were shot dead on the spot, while his brother and nephew were left to die of their wounds and he was taken away for questioning with the three men.

“We should not let this go unanswered, those who killed my family must be punished,” he said, choking on his words. “The Americans call the Taliban terrorists but they are themselves terrorists for raiding homes and committing atrocity.”

Most US forces, along with coalition troops, will leave Afghanistan by the end of the year and the country’s Western backers hope a deadlock between rival presidential candidates will be broken before a key Nato summit in early September.

Another victim described being among a group of 18 people who were tortured, and some killed, in Wardak province, an hour’s drive from Kabul, when they were arrested in a raid by US special forces.

“Their clothes were taken off, their legs were stretched out and they were beaten,” said Qand Agha, an elderly man with a slight frame, grey beard and turban.

“I was sitting in a room when they were all getting killed in front of me and then put in black body bags.”

Qand Agha was taken with other survivors that day to Bagram prison, where he was held for a year without being charged.

The Department of Defence said its troops were banned from torturing prisoners and it was committed to humane treatment of all those detained.

“We take vigilant action to prevent such conduct and to hold any such perpetrators accountable for their wrongful acts,” Frost said. 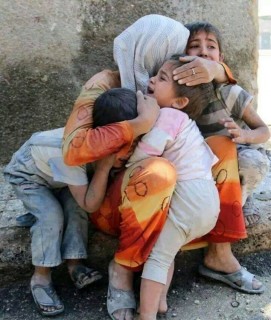 Airstrikes caused more than half the casualties documented over the five years ending in 2013, among them many women and children, and families were still hoping for justice.

“Evidence of possible war crimes and unlawful killings has seemingly been ignored,” Bennett said, adding that even when cases had been prosecuted, courts appeared biased in favour of soldiers and Afghans were rarely invited to testify.

Those seeking justice included two women cloaked in head to toe covering burqas, left blind by airstrikes two years ago that killed seven women and a child as they collected firewood.

The women sat silently beside their male chaperones, in line with Afghan custom, and let them speak.

“We pleaded with them to ask the Americans to stop the bombing because they were women, and not Taliban, but they didn’t stop and bombed for two hours,” said Baba