Home Life In Memory of my Twin Brother, Bobby

My twin brother Bobby died on August 17th, 2013 but he still lives in my heart.

I felt a deep sense of sadness this last week before I realized that I was approaching the one year anniversary of his passing.

I still feel his presence in my soul because he is now one of the many angels watching over me.

Those who we love deeply become part of us forever and Bobby will always be a part of me.

Being a twin is an exhilarating experience for I have been twice blessed ~ One for having a traveling companion on my 9 month journey to this planet, especially since we were not wanted ~ and secondly for spending much of my early childhood playing with my inseparable friend and companion while sharing so many delights together.

I remember many of them but two distinctly stand out ~

We were both about 12 years old and since there was no Little League at that time, my mother sent us to a golf caddy camp in southern Massachusetts for the summer. It was in shambles and a god forsaken spot. We both hated it and felt like we were in a slave camp caddying every day for the Golf club members and existing on tips, terrible food and horrible living conditions. I reluctantly adjusted to the dull routine but Bobby got sick and soon I realized that he was not getting better.We were in separate cabins, or tents, and I still vividly remember going to his tent one day looking for him. I found him huddled in a low corner bunk, shivering in a cold sweat, looking feverish and almost dead. There was no camp doctor or nurse and I realized in panic that he was going to die unless I did something ~ I was deeply concerned so I hiked into town, convinced someone to use their phone and called my mother. I literally screamed at her to come and get us or Bobby was going to die. She did and Bobby survived double pneumonia and we returned home to Nahant, Massachusetts.

A few years later we were sent to Mount Hermon Prep school in Western Massachusetts. The school placed us in two separate campus dwellings although we sought each other out every day and played sports and hung out together. I vividly remember early in our stay at Mount Hermon waking up one night and missing his presence. So I climbed out the window, stole across the campus to his lodging, climbed up the wall to his window, opened his window and crawled into bed with him.

That last memory is probably the best description of the indescribable loving connection that many Twins enjoy.

Most people can barely comprehend or understand what Bobby and I experienced not only in the womb but also through most of our early childhood ~ before it tragically ended when he was forced to get married at 16 years old and became a reluctant father while I graduated from college, joined the Navy, moved to the West Coast as a Naval Aviator and never returned to the East Coast.

But the deep soul connection never really ended ~ for I was there for him in spirit during the last year of his life before he died from advanced Parkinson’s Disease in August, 2013.

In November of 2012, I wrote him a note entitled  LOVE NOTE TO MY TWIN for I sensed his time was  coming to an end and I wanted to prepare him for his transition. See article ~ 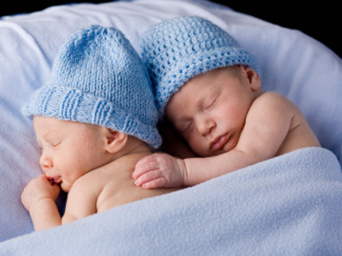 As you look out your window at the old Thompson Club, you may not remember the glorious summer days we spent as children playing baseball, football and even tennis together but I will help you ~ for I remember virtually everything about our closeness and the fun we had together as twins, before events forced us to go on separate paths in our late teens.

It was so special to wake up every morning with my best friend and playmate ~ we were the Hardy Boys, my favorite book series, embarking on new daily adventures and using the whole peninsula as our playground. The Thompson club was our sports arena and depending on the season ~ it became Fenway Park or any sports stadium we invented in our active and exuberant imaginations.

The barn in our backyard became the set piece for all the movies we watched and acted out as well as the radio shows we listened to ~ The Shadow, Jack Armstrong, The green Hornet, the Adventures of Sam Spade , the Lone Ranger and of course, the Inner Sanctum and Lights Out.

Once again, in many ways, we WERE the Hardy Boys ~ “The Hardy Boys are constantly involved in adventure and action. Despite frequent danger, the boys never lose their nerve …”  They are hardy boys, luckier and more clever than anyone around them.” They live in an atmosphere of mystery and intrigue: “Never were so many assorted felonies committed in a simple American small town. Murder, drug peddling, race horse kidnapping, diamond smuggling, medical malpractice, big-time auto theft, even (in the 1940s) the hijacking of strategic materials and espionage, all were conducted with Nahant (Bayport) as a nucleus.” With so much in common, the boys are so little differentiated that one commentator facetiously describes them thus: “The boys’ characters basically broke down this way ~ Frank (Allen)  was the thinker while Joe ( Bobby ) was more impulsive, and perhaps a little more athletic.”The two boys are infallibly on good terms with each other and never engage in sibling rivalry.”  Wikipedia / Hardy Boys

Those were fun childhood times in Nahant and I vividly remember the hurricanes that swept over that Peninsula as we watched from our top floor bedroom perch on 287 Nahant Road ~ two houses down from the Jesmond Home where you now reside.

You were my constant companion and sharer of joy and we were indelibly connected together through our shared nine month journey to this planet and obvious deep loving twin connection.

Since I am the first born twin, two minutes before you, it is my responsibility to prepare you for the final transition by sharing that God (a loving plan in action) only reveals itself to a grateful heart and that alone will prepare you for your final passage.

My heart is most definitely grateful that you were my loving twin and companion for so many years and I will most certainly be with you in your final moments and most definitely when you pass through the event horizon of physical death.

Right now, you may feel increasingly alone since it’s so difficult to speak and move ~ but you are being well taken care of and are most certainly loved by your immediately family as well as brothers and sisters.

But be aware that I am already holding your hand, as I did as a young enfant, and as you look out that window at the Thompson Club you will see me beckoning to you, with a baseball bat on my shoulder, telling you to hurry up before the summer rain squall starts and you will smile knowingly and be grateful, as I am, that you are indeed blessed to be a twin.

With my deepest love and joy

Bobby died on August 17th, 2013 but not before reaching out to his beloved daughter Vanessa, who took his hand and reminded him that he was not alone ~  that myself and his beloved grandfather were also holding his hand through her and ready to welcome him home.

Those who we love deeply become part of us forever and Bobby still lives in many hearts including mine. But especially mine because I feel the same deep loving connection with my life partner, Keiko ~ for we both feel we were twins in another lifetime and deeply love and support each other in this lifetime.

“For some people, “the point of no return” begins at the very moment their souls become aware of each others’ existence.”
~ C. JoyBell C.