Why the CIA Deliberately Funds Socialists and Liberals 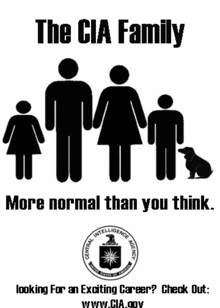 Who Paid the Piper: The Cultural Cold War1 by Frances Stoner Saunders (1999)  is about the covert “cultural” propaganda the CIA carried out between 1950 and 1967. The Congress for Cultural Freedom, the centerpiece of this operation, had offices in 35 countries, published over 20 magazines, held art exhibitions and provided major financial support for American artists, poets, authors and playwrights. Its primary purpose was to “nudge” the intelligentsia of Western Europe away from Marxism and communism towards a more accommodating view of US interests.

At the end of World War II, Europeans tended to view the US as “a culturally barren nation of gum chewing, Chevy driving, Dupont-sheathed Philistines.” To counteract this stigma, Truman issued an appendix to executive order NSC-4A, directing the CIA director to undertake covert psychological activities in support of American anti-Communist policies.

As Saunders details, this strategy included CIA support for both US and foreign Non-Communist Left (NCL) organizations, trade unions who agreed to weed out “dangerous radicals” and leftist intellectuals. The rationale was to create and support “parallel” organizations to provide an alternative to Communist groups over which the CIA had no control. 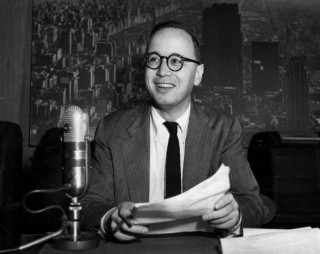 A strong advocate of this approach was “liberal” Kennedy adviser and biographer Arthur Schlesinger, a long time member of the Congress for Cultural Freedom. He was one of the few non non-CIA employees Congress members who knew the CIA was running it. Schlesinger also sat on the executive committee of Radio Free Europe, which the CIA set up in 1950.

No Budgetary Limits or Oversight

Over the next two decades the CIA acted as a de facto ministry of culture, pumping millions of dollars into the Congress for Cultural Freedom. The Congress had no budgetary limits and was accountable to no one for the way they spent their money.

Via the this front organization, the CIA built the reputations of numerous American composers by funding European premiers of their work. Among the most prominent were Samuel Barber, Leonard Bernstein, George Gershwin, Menotti and Aaron Copeland.

And paid for the European distribution of American books, by authors such as Louisa May Alcott, Faulkner, Hemingway, James Thurber, Edith Wharton, Thomas Wolfe, T.S. Eliot and socialists Norman Cousins and Carl Sandburg.

The Wall Street Families Who Started the CIA

Who Paid the Piper focuses heavily on the personalities of the men who founded the Office for Strategic Services (OSS), which in 1947 would evolve into the CIA. Nearly all were from wealthy Ivy League and Wall Street families who attended the same cocktail parties and sent their kids to the same prep schools. They automatically identified the “American way” with the privileges of their class, including a well-rounded classical education. During this period, it was fairly common for high level CIA officers to edit literary magazines, as well as publishing poetry and fiction and writing book reviews for the New York Times.

The Rise of CIA-Funded Foundations 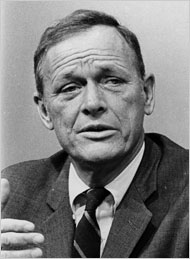 Although Tom Braden, director of the CIA’s International Operations Division (IOD), ran the Congress, on paper it appeared to drive its funding from “pass-through” foundations. The best known foundations serving as a conduit for covert CIA funds were (are?) the Ford Foundation, the Rockefeller Foundation, the Kaplan Foundation, the Whitney Trust and the Farfield Foundation. Many of these foundations set up separate administrative units to handle CIA pass through money and collaborate with them on specific projects.

Arthur Schlesinger sat on the board of Farfield Foundation, as did William van den Heuvel, another prominent liberal close to the Kennedy family (and father of Katherine van den Heuvel editor of the “left leaning” Nation magazine).

C. D. Jackson, long time managing director of Time-Life International was another high profile Congress member.2 The Congress also assigned a full time CIA operative to Paramount pictures. His role was to edit and reject scripts that portrayed the US in an unfavorable light.

In 1966, details of the CIA role in the Congress for Cultural Freedom were leaked to the radical zine Ramparts and ended up as a New York Times expose. A few months later Braden, who left the CIA in 1956, published a confessional in the Saturday Evening Post. In “I’m Glad the CIA is Immoral,” he brags about all the reporters and trade unions on the CIA payroll when he ran the OID.

A growing body of research indicates that the CIA continues to fund the Non-Communist Left. Based on the work of Sherman Skolnick, Bob Feldman, Brian Salter and others who research the 990A tax returns of so-called “liberal” foundations, CIA pass-through foundations are clearly alive and well. Frequently referred to as “Left Gatekeeping Foundations,” they fund numerous so-called “alternative” media outlets. This may be why the Nation, Democracy Now, FAIR and similar outlets that rely on pass-through founding categorically refuse to cover the 9-11 Truth movement or the clear government role in the assassinations of the Kennedy brothers and Martin Luther King.

1The book was published in the US under the title The Cultural Cold War: The CIA and the World of Arts and Letters. The CIA has posted a review of the US edition on website
2In 1953-54, Jackson was instrumental in establishing the Bilderberg Group. In 1963 he purchased the Zapruder film of the JFK assassination and kept it out of the public domain by locking it in a Time-Life vault for 15 years.

In the following video, liberal feminist Gloria Steinem discusses the funding she received from the CIA for her work.