Introduction: During the Israeli invasion of Lebanon, members of Jamal’s family were among the thousands massacred in Sabra and Shatila with the active support and watchful eyes of the IDF. In Israel, perhaps unlike any other country, politicians calling for the “death to the Arabs” are the ones that wins the hearts and minds of Israeli citizens. Only politicians with “blood on their hands” can become prime ministers. Of course in “the only democracy in the Middle East”. Sami Jamil Jadallah

Israel, a nation of hate.

(August 30, 2014) – Israel was created from the ashes of the Nazi Holocaust. Undeniably, Jews in Europe were dehumanised, repressed and then gassed in the millions -an experience Zionists purport to have shaped the psyche of Jews.

Yet this horrible experience was wasted as most Jews learned very little from it. The nation that sprouted out of hatred towards Jews was founded on the premise of doing wrong to other people.

To Palestinians, Israel has become a mirror image of what Jews were subjected to in old Europe. German crowds cheering the slaughter of Jews have been replaced by Israelis cheering the murder of Palestinians by a Jewish army. Or Yehuda City Council posted a banner calling on Israeli soldiers to “Pound their (Palestinian) mothers and come home safely to yours.” 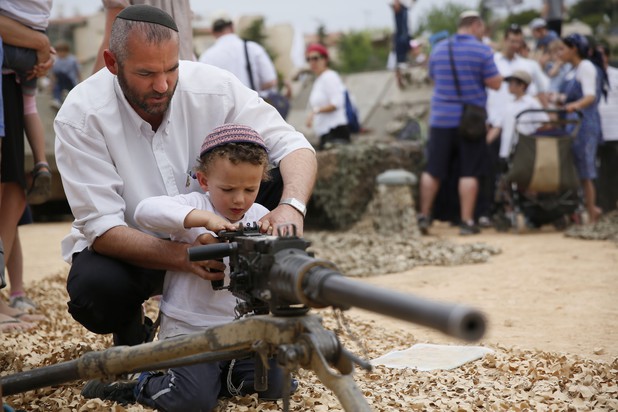 In Tel Aviv, Israeli Jews celebrated the death of Palestinian children chanting in a pro-war demonstration: “There’s no school tomorrow, there are no children left in Gaza.”

In an article titled “When Genocide Is Permissible”, Israeli journalist Yochanan Gordon argued that genocide was permissible for political leaders to achieve “responsible goals”.
In other words, Gordon proposes “the final solution” for Gaza instead of the current Israeli policy of “mowing the lawn”.

This is the real Israel not shown by Western media.
It is a culture that has consistently rejected co-existence with non-Jews, even outside the occupied territories.

Earlier this month, the Jewish organisation Lehava called for a public demonstration in Jaffa to protest a wedding between a Jewish woman and a Palestinian Israeli citizen. Hundreds of Jews surrounded the wedding hall chanting “death to the Arabs”.

The union between two Israeli citizens was described by Michael Ben-Ari, former Israeli legislator, as “worse than what Hitler did”.
The bride’s father declared: “My problem with him (the groom) is that he is an Arab.”

It should be noted that Israeli cultural racism is not ephemeral or symptomatic of recent debates reflecting high emotional tensions during war times.

A new book Scenes From School Life, written by Israelis Idan Yaron and Yoram Harpaz, is based on three-year “anthropological observations” of students in a secular high school – “the most average school we could find,” said Harpaz.
A 10th grade female student in the study expressed revulsion towards “these Ishmaelites”, referring to the original Palestinians who are supposedly Israeli citizens.

“For me, personally, Arabs are something I can’t look at and can’t stand… I’m ready to kill someone with my hands,” she said.
The Israeli researchers quoted another student who learned from his synagogue on Shabbat that: “Aravim zeh erev rav (Arabs are a rabble) and Amalek, and there is a commandment to kill them all.”

The professors observed that a Jewish student in the ninth grade objected to her classmates’ opinion, stating: “The desire for revenge will only foment a cycle of blood… certainly they (Palestinians) don’t all deserve to die.”

As a result, the pupil was tormented and accused of being an “Arab lover and leftist”. During the break, students taunted her chanting: “Fie, fie, fie, the Arabs will die.” Racism in Israel is not an exception, but the social norm.

This was validated in a recent poll conducted by the Israel Democracy Institute, which showed that 95 per cent of Israeli Jews were fully behind their army’s genocidal campaign in Gaza.
Zionists supported by apocalyptic Christians must stop using their European-imported, psychosomatic insecurity to justify oppression of other humans.

Mr Kanj (www.jamalkanj.com) writes regular newspaper column and publishes on several websites on Arab world issues. He is the author of “Children of Catastrophe,” Journey from a Palestinian Refugee Camp to America. A version of this article was first published by the Gulf Daily News newspaper.