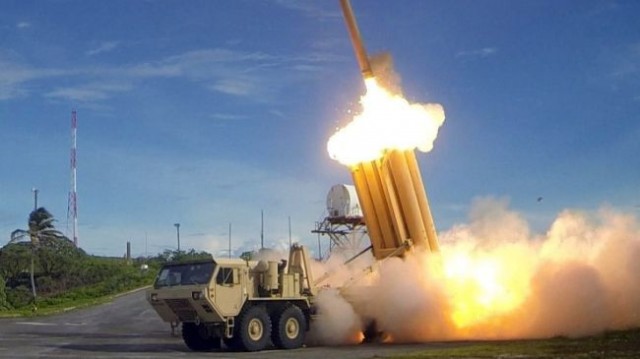 The United States has been placing its firepower around Russia and China as part of a new Cold War policy which is aimed at beleaguering the two countries, says an American journalist.

“What we are seeing now with this talk of a new missile deployment by the US to South Korea it just the same old game of deploying firepower as part of the new Cold War trying to surround Russia and China,” said Jim W Dean, a managing editor and columnist at VT.

He made the remarks as a high-ranking American defense official said on Wednesday that Washington is trying to find an appropriate site for Terminal High Altitude Area Defense or THAAD in South Korea.

US Deputy Secretary of Defense Robert Work said the “defensive missiles” are “strategic assets” of the United States and their movement requires “very, very important national level decision,” according to a transcript of his comments.

Dean criticized US officials for describing deployment of their missile systems as a defensive measure.

“The US always claims that these are just defensive deployments just to protect US allies and interests in the region.”

He also said Washington has been using North Korea as a pretext to pursue its policies in the region. Dean added that North Korea and its nuclear program cannot be considered a real threat against the US military.

“The US navy can destroy all of North Korea’s launch facilities in a matter of an hour if they were a real threat and in a second hour they could take out any nuclear facilities that they possibly have.”