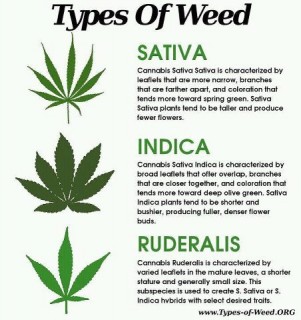 The farm bill Obama signed in February 2014 included an amendment to legalize industrial hemp production for research purposes. The amendment allows State Agriculture Departments, colleges and universities to grow hemp (defined as the non-drug oilseed and fiber varieties of Cannabis) for academic or agricultural research purposes. However it only applies only to states where industrial hemp farming is already legal under state law.

As of September 15, 2014, nineteen states had passed laws to provide for hemp pilot studies and/or for production as described by the Farm Bill stipulations.

Six states (Colorado, Oregon, Washington, Vermont, Tennessee and South Carolina) have gone even further, with legislation nullifying the longstanding federal ban on hemp cultivation. All six states allow farmers to produce hemp for the commercial market.  A year ago, the Obama Justice Department quietly signaled that they wouldn’t prosecute marijuana use in states that had legalized the drug for recreational and/or medical use. Thus far the same hands-off policy seems to apply to states that have legalized hemp production.

Hemp cultivation is big business. Even though it hasn’t been grown in the United States for decades, America is one of the fastest-growing hemp markets.  In 2011, the U.S. imported $11.5 million worth of legal hemp products (mainly from China), up from $1.4 million in 2000. With the recent anti-smoking movement and declining tobacco exports, hemp is high on the list replacement crops for tobacco farmers.

Industrial hemp is one of the most versatile plants known to man. Hemp fiber is used in the production of paper, textiles, rope, sails, clothing, plastics, insulation, dry wall, fiber board and other construction materials; while hempseed oil is used as a lubricant and base for paints and varnishes, as well as in cooking and beauty products. 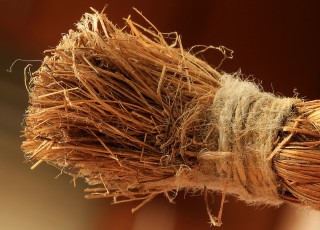 Hemp-based paper, textiles, rope, construction materials and plastics are the tried and true low tech alternative to modern synthetics that consume large quantities of fossil fuel during manufacture. Prior to the industrial revolution, the vast majority of textiles, clothing, canvas (the Dutch word for cannabis), rope and paper was made of hemp.

Before the invention of the cotton gin in the 1820s, 80% of the world’s textiles, fabrics, and clothing were made of hemp. During the nineteenth century, hemp was the main ingredient of 75% of the world’s paper. Until the US government passed a crippling hemp tax in 1937, most bank notes and archival papers were made of hemp (owing to its greater durability) and most paints and varnishes were made from hemp seed oil.

The Conspiracy to Kill Hemp Production

Hemp first began losing ground in 1850 to cheaper substitutes made of cotton, jute and sisal. Prior to 1917, hemp had to be processed by hand, involving huge labor costs incompatible with mass commercial production. After George W Schlicten automated hemp processing in 1917 with a new machine called the hemp decorticator, Henry Ford set up the first biomass fuel production plant in Iron Mountain Michigan. His intention was to run his Model T on hemp-based ethanol. 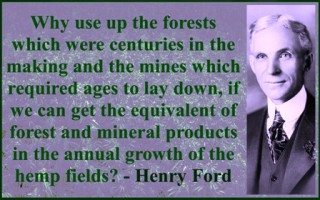 All this was happening at the precise moment that the munitions company DuPont was patenting synthetic fibers (nylon, rayon, Dacron, etc) and plastics derived from petroleum. Hemp posed a major threat to DuPont’s ability to market these synthetic fibers for fabrics, rope and other products because hemp was so cheap and readily available. The chemical giant also had a commercial interest in replacing hemp-based paper with paper produced from wood chips (they held the patent on the sulfates and sulfites used to produce paper pulp) and in replacing ethanol with gasoline as the major fuel source in automobiles (they held the patent on tetraethyl lead, which allowed gasoline to burn more smoothly in the internal combustion engine Ford designed to run on ethanol).

The main co-conspirators in the plot to kill hemp included DuPont, William Randolph Hearst (who owned a logging company and a paper manufacturing plant) and Andrew Mellon, president of Mellon Bank and DuPont’s major financier.

In 1930, Mellon, as US Secretary of the Treasury, created the Federal Bureau of Narcotics and appointed his nephew Henry Anslinger to run it. Between 1935 and 1937, Anslinger and a handful of DuPont’s cronies in Congress secretly wrote a bill to tax hemp production.

Meanwhile Anslinger and Hearst orchestrated a massive media campaign demonizing a dangerous new drug called marihuana that supposedly turned Mexicans and black jazz musicians into crazed killers. Anslinger and his cronies rushed through the Marihuana Tax Act of 1937 on a Friday afternoon before any lawmakers had a chance to read it. Only a handful realized the crippling effect the new law, which would also tax hemp, would have on the hemp industry.

In 1970 the 1937 Marihuana Tax Act was declared unconstitutional and replaced with the Controlled Substances Act. The latter official equated hemp with the drug marijuana (even though they come from very different plants*) and enacted an official prohibition against hemp cultivation.

*Industrial hemp (Cannabis sativa, variety sativa) is a tall, skinny plant with few major branches below the primary branches at the top. It has seven long thin leaflets and is grown in rows a foot apart. It produces good quality fiber and has a tetrahydrocannabinol (THC) concentration of 1% or less. Marijuana plants (Cannabis sativa, variety indica), in contrast, are short and bushy and must be spaced six feet apart for optimum growth. They have five leaflets, with three of them nearly twice the width of hemp leaflets. They produce negligible usable fiber and have a THC concentration of 4-20%. See image above.