But today, the mainstream media is far from being an institution that disseminates truthful and important information; it specializes in lies while ignoring vital news.

The major corporate media is a covert collaboration that is regularly used to promote the predatory agenda of the ruling foreign oligarchs, of the insidious International Banking/Monetary Cartel through their intel agents in the US secret services. 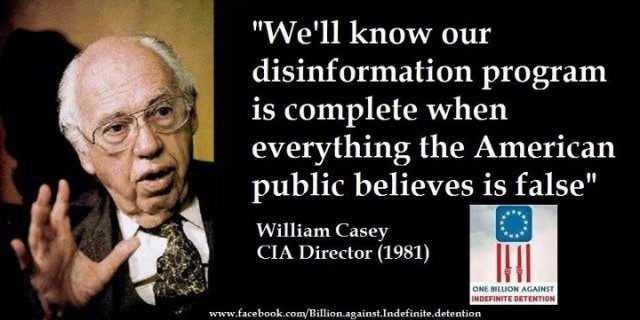 One of the Monetary Cartel’s principal media schemes is to stealthily agitate for the return of outdated and worn bigotries against the Jews, Blacks, and homosexuals, while campaigning for forced racial and sexual tolerance and diversity.

Whenever there is no current “evidence” or occurrences of these bigotries, intel agents, from the underbelly of the US secret government, will create some for the Cartel’s media to report to the largely unenlightened, unsuspecting American public – all followed by crusades for the passage of “hate crimes” legislation.

Under the possibility of an extended stay in a federal prison, hate crimes legislation effectively prevents whistleblowers from reporting on governmental crimes – just perfect for tyrants. 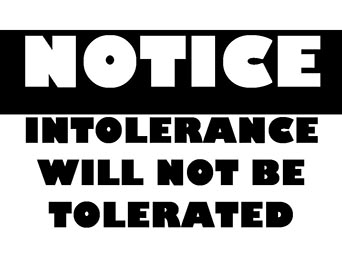 Federal legislation always carries benign titles, while its hundreds of pages of badly written text speak of how we – the honest American people – have less rights to life, liberty, and the pursuit of happiness.

Ignoring and violating the basic laws of our land, the United States Constitution means nothing to neither our elected or appointed leaders ­– they are accountable to a higher force than the people they swore to honor and protect.

And of course, the corporate media spews all kinds of reports that seem to justify why some laws curbing hate are certainly necessary. But the media never says a word about the lengthy prison terms for the good citizens who inform the public about governmental criminality, that are embedded in all hate crimes bills.

Today, well-informed, well-intentioned governmental whistleblowers can be imprisoned under our current hate crimes legislation. These laws are perfect for despots and their minions.

Hate crimes legislation presupposes that what a person thinks about another can be more criminal than what he or she may do to another.

The hate crimes legislation HR1592, like all other hate crimes laws, imposes a longer prison sentence on a criminal who is suspected of being motivated by their hate than on someone who commits the same crime, but with an entirely different motivation.

Already we have too many laws that criminalize our thoughts forced on us by the US Thought Police. 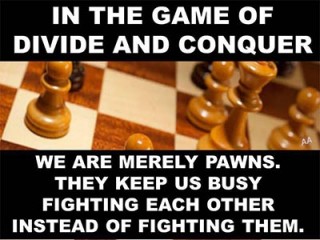 And, the Cartel’s media much prefers to report on hatred, mayhem, and murder than on goodwill, harmony, and creation, especially concerning the white Christian majority’s relationships with Jews, Blacks, and homosexuals.

In this way, old biases can be kept alive, while new ones are constantly being manufactured by the corporate media, with lamentably few people being the wiser – especially among the Jews, Blacks, and homosexuals, who think they are the beneficiaries of such “exposures.”

Dissension among the human population is necessary, however, in order for the predators of prey to exercise their basic controlling tenet of Divide and Conquer.

Warring factions have little tolerance for government-forced population diversity, religious tolerance, or understanding. Nor do they possess the necessary sentience or perception to awaken to the dark force that actually creates our human conflicts.

And as mankind remains divided, he will remain conquered – an axiom I hope all of us (including our homosexual, Jewish, and Black brothers and sisters) will come to understand.