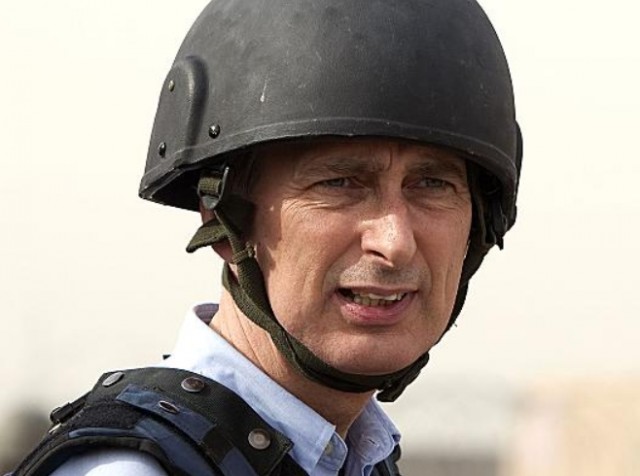 Israel, the U.S. Congress and Treason

British Foreign Secretary Philip Hammond has said he is open to the idea that UK citizens who are jihadists and travel to Iraq or Syria to fight with ISIS could be tried for treason. (My guess is that rather than spending a great deal of money on trials he and his cabinet colleagues would prefer jihadists to be blown to pieces by air strikes).

The question provoked in my mind by what Hammond said was this. Is there a case for considering treason charges against those members of the U.S. Congress whose unconditional support for Israel right or wrong drives policy in a direction that is not in America’s own best interests and, more to the point, endangers those interests?

Before I summarise my answer I want to quote from a despairing but brilliant article by Gideon Levy because what he said under the Ha’aretz headline Yankees, go home for the sake of peace provides some context for my question.

“This may be the greatest mystery of all: the relations between Israel and the U.S.A. They are everything but logical. We have a protégé that humiliates its patron power and a power that grovels in front of its protégé; a power that acts against its own interests and a president who acts contrary to his worldview. We have a protégé whose dependence on the power grows with its effrontery and a power’s unbelievable weakness in the face of its protégé’s brazenness. It’s a wild sado-masochistic game, in which it is not clear who is the slave and who is the master, which is the power and which is its protégé.

Nothing can fully explain this phenomenon, certainly not in its current dimensions. No Israeli government has permitted itself to disregard the American administration with such impudence as the current one. No American administration has received the spitting in its face as submissively as this one. No other ally in the world, including the European powers, has dared to act so explicitly against the United States’ positions. All this is happening with Israel isolated in the world and dependent on the United States’ mercy, while its policy endangers American and global interests.”

President Obama and Secretary of State Kerry are fully aware that America’s Zionist-driven failure to require Israel to end its defiance of international law is an underlying cause of Arab and other Muslim hurt, humiliation and anger and, as a consequence of that, the rising tide of anti-Americanism throughout the entire Arab and wider Muslim world.

Kerry came close to acknowledging this in public when he said on returning from his last visit to the Middle East that the unresolved Israel-Palestine conflict is “fuelling recruitment for the Islamic State group.”

Question: What is a traitor?

Answer: One who is not loyal to and betrays his or her own country.

On that basis, and in the simple logic of commonsense, there is surely a strong case for saying that those men and women who are elected to the U.S. Congress and put the interests of a foreign power (Israel) before those of their own country are traitors and, because they are endangering America’s own best interests by doing so, should be charged with treason.

Unfortunately it’s not that simple because of Section 3 of Article 3 of the United States Constitution. It defines treason as specific actions, namely “levying War against [the people of the United States], or in adhering to their Enemies, giving them Aid and Comfort.”

Strictly interpreted that seems to mean that those in Congress who do the Zionist lobby’s bidding and by doing so endanger America’s own best interests are protected and can’t be charged with treason because the foreign power they are assisting is not a declared enemy. (Some will no doubt say that Israel did levy war against America when it attacked the U.S.S. Liberty during the Six Days War of June 1967 and should have been declared an enemy then).

But….. Is there not a case for saying that because those in Congress who support Israel right or wrong are effectively giving aid and comfort to America’s Arab and other Muslim enemies they should be charged with treason?
I think the time has come for this question to be debated in America.

The last American to be charged with treason was Robert Henry Best in 1948. He was found guilty and sentenced to life imprisonment.
Best was a journalist who worked for United Press International (UPI) and occasionally contributed to the New York Times, the Chicago Daily News and Newsweek. His act of treason was broadcasting Nazi propaganda from Germany to America.

I think there is a strong case for saying that that those in Congress who support Israel right or wrong and effectively tie the hands and feet of the occupant of the White House are endangering America’s best interests to a far greater extent than Best did.