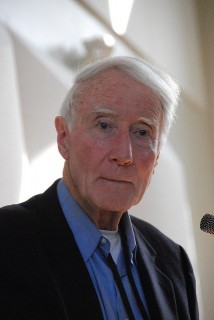 Part 2 of Counter-intelligence: Shining a Light on Black Operations

“Deep state” is Part 2 of a five part documentary by Scott Noble called Counter-Intelligence: Shining a Light on Black Operations. Historian and former diplomat Peter Dale Scott coined the term Deep State to describe the shadow government that operates outside our so-called democratic institutions to service the needs of America’s wealthy elite.

This episode focuses on close historical links between the Mafia and CIA and the role of narcotics trafficking in all major CIA covert operations. CIA drug trafficking serves two main purposes. In addition to providing off the books (not reportable to Congress) income for clandestine operations, it’s also a source of ready-made criminal networks. The latter are valuable as a conduits for weapons delivery to CIA mercenaries and as lethal enforcers of corporate interests against labor and human rights activists.

Scott, who is interviewed at length, stresses the instrumental role of the CIA in ALL global narcotics trafficking. The converse is also true. Citing the French Connection (centered in Marseilles) and the Golden Triangle (in Southeast Asia) as prime examples, he makes the case that all major narcotics hubs collapse following CIA withdrawal from the region.

“Deep State” also shines a light on current drug operations in Afghanistan and Colombia. At present Afghanistan is the world’s leading heroin producer,  a direct result of CIA involvement in the region. Colombia, in turn is the world’s largest purveyor of cocaine, thanks to the CIA decision to use Colombia to “block the spread” of communism from Cuba to the rest of Latin America.

According to filmmaker Scott Noble,  all major Wall Street banks have engaged in laundering profits from illicit narcotics. Illegal drugs are America’s third biggest commodity, with the wealthy elite siphoning off the vast majority of drug profits. They also rake in immense profits from the prison industrial complex, a growth industry that owes its existence to the so-called War on Drugs. Wells Fargo and other Wall Street banks are major investors in the prison privatization industry.

Part 2 concludes with an examination of Obama’s campaign to prosecute whistleblowers for exposing criminal misconduct by the CIA and other federal intelligence agencies. Included is a detailed discussion of whistleblowing as a fundamental first amendment right. The whole purpose of guaranteeing freedom of speech, in the eyes of the founding fathers, was to guarantee the right to speak out against government misconduct.