We Are Inter-Related and Inter-Dependent With The Earth

The human spirit needs places where nature has not been rearranged by the hand of man.~ Author Unknown

Think of the Earth as a 45 year old female body (Gaia – Greek Goddess of Earth) with veins filled with life sustaining water (instead of blood) and you will get the big picture of the slow but sure effects of Climate Change as well as the end result of human progress at all costs. We can no longer ignore our inter-relationship and inter-dependence with Nature ~ for in the end, Nature will survive with or without us: Allen L Roland. Ph.D

In September of 2014, Justin Gillis (NT Times) reported a significant rise in 2013 greenhouse gas emissions ~ “Global emissions of greenhouse gases jumped 2.3 percent in 2013 to record levels, scientists reported Sunday, in the latest indication that the world remains far off track in its efforts to control global warming…  In a separate report in early September, the World Meteorological Organization said the level of carbon dioxide in the air in 2013 was 42 percent above the level that prevailed before the Industrial Revolution.

Other important greenhouse gases have gone up as well, with methane increasing 153 percent from the preindustrial level and nitrous oxide by 21 percent. The increase of these and other gases from human activity has caused the planet to warm by about 1.5 degrees Fahrenheit since the preindustrial era, which is causing land ice to melt all over the world. The oceans are rising at what appears to be an accelerating pace, and heat waves and torrential rains are intensifying.”  See article ~ 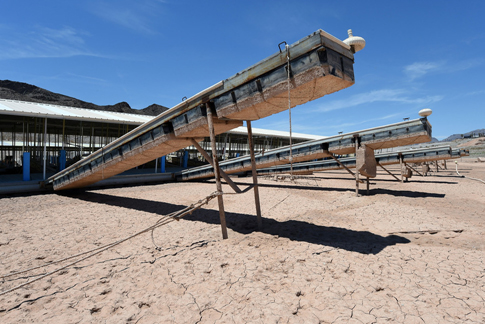 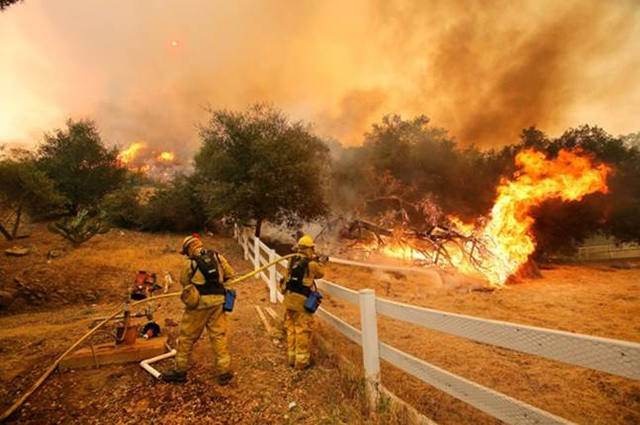 Firefighters from Stockton, Calif., put out flames off of Hidden Valley Rd. while fighting a wildfire, Friday, May 3, 2013 in Hidden Valley, Calif. 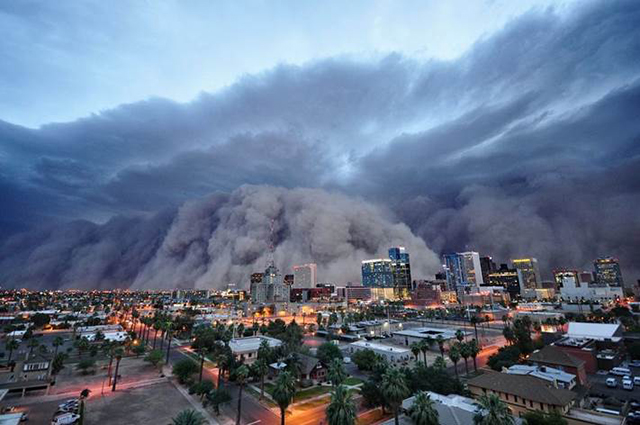 A dust storm called a haboob ~ which is Arabic for “violent wind” ~ slams Phoenix, Arizona.

Perhaps the only way we can truly grasp the significance of Climate Change is to watch this 35 minute documentary film which reinforces a fact that many of us already know but few practice ~ that we are all deeply connected and inter- dependent with Nature, that we can no longer manipulate or bend nature into service to mankind and we can no longer practice human progress at all costs.

The film compares the Earth to a 45 year old female (Gaia) where in the first 10 minutes Teilhard’s law of complexity/Consciousness rules as the universal urge to unite propels this living being from single cell to multicellular organisms to amphibians and finally human beings and where she is now at age 45 (4.5 Billion years)

One minute ago the Industrial Revolution began and the last 60 seconds summarizes our rapid ascent to our current extremely perilous human situation where we can no longer bend nature to our will.  Must see 35 minute Video ~ 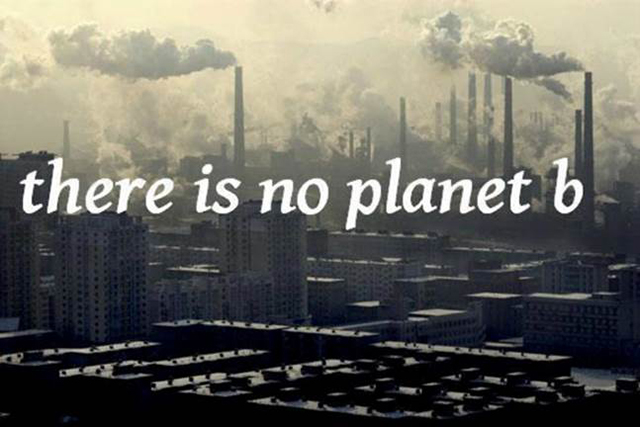 “We shall continue to have a worsening ecological crisis until we reject the Christian axiom that nature has no reason for existence save to serve man.” Lynn White Jr (Author of The Historical Roots of our Ecological Crisis)