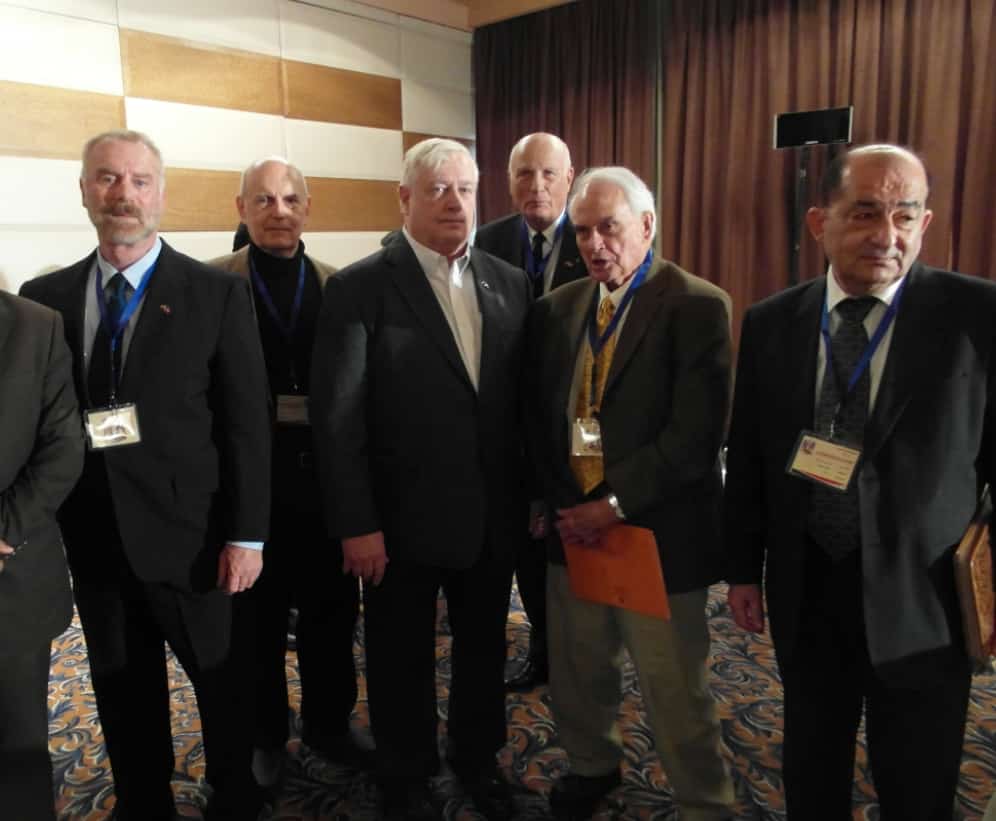 In consultation with our editorial board and like minded individuals within the military and intelligence community, select VT board members traveled to Damascus last week.  Included were me, always looking for a free meal and chance to get shot or beheaded, Colonel Jim Hanke, Jim Dean and Mike Harris.  In Beirut, we met with Franklin Lamb and drove in through Bekaa.

The conference findings haven’t been finalized yet.  VT took, perhaps, the strongest role at the conference.  I met Syrian and Lebanese tribal/military leaders there and made some good friends.

At least 3 times during the conference people came to me and reported that someone had told “Syrian authorities” that we were American spies.  I did point out that I carry a business card that says “Yankee Dog/American Spy” on it, thus making their revelations less than secret.  Syria is beset with war profiteers and human leeches.

We are going to be discussing more of what went on here, endless hours of private meetings, tours of court system, private reviews of ISIS related evidence and, as is expected, we turned up a bad apple or two.  What this was about is the Syrian people, some forgot that, we didn’t.  Damascus is not a city prepared to lose a war.  Were it easier to visit without help, it would be a great tourist spot.

Jim Dean and Mike Harris did dozens of interviews and, as usual, hogged up the media.  Closing keynotes were me with Jim Hanke, a video I strongly recommend Jim Dean gets edited and published.  It will be worth the watch.

Attempts were made to limit our involvement, but not on the part of Syrian authorities.  Dr. Bassam Barakat and Minister of Justice,  Najm al-Ahmad were extremely helpful along with being excellent organizers and hosts.  VT delivered a powerful and direct message that was in no way moderated by political concerns.

This was very different than Tehran conferences.  There were few activist types and what I believe to be a good result.  In retrospect, Kevin Barrett should have been there to discuss religious affairs, something that should be corrected.  Frankly, I knew someone would try to “get” the VT team there and Kevin may actually be too valuable, plus people actually like him.

We will be writing more, some fun, some serious.  We have incredible photos of Ballbeck, where we spent a day.  Our Syrian hosts didn’t allow us to see any of the facilities outside Damascus, citing security concerns. 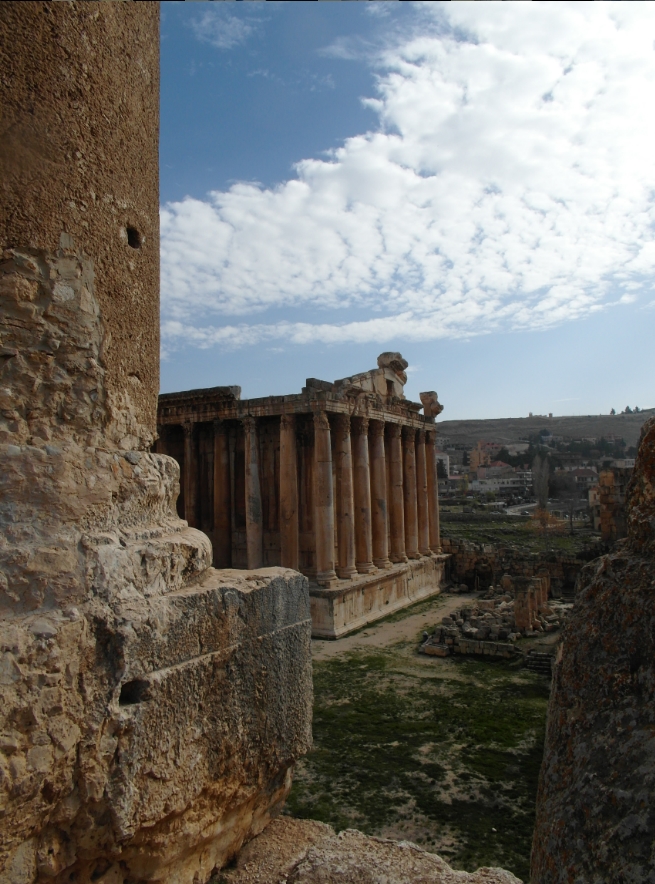 We are going to cover the meetings over the next two weeks, there was enough going on there.  Some of it was unpleasant.  The real stars were the Syrian people, an absolute joy.  It took the Syrian government a few days to realize who we are and, in the end, tried to pressure us to stay on past what our schedules would allow.

We left with endless information, much of it gotten in meetings with those others seldom talk to.  There will be a curious back story that shouldn’t dominate.  As with every war, drugs and human trafficking are there.  That story is disheartening but corruption is always expected and few people are ever what they seem.

The goal here would be for VT to communicate to our constituency, one capable of altering history from time to time, what we learned and how we can move forward.  The Syrian government is more than aware now who we are and what we can do.  At no time did VT “bend over” for anyone, including our hosts.

Those who know me well also know I have no difficulty confronting government ministers in their own countries if it is the right thing to do.

Syria gave us broad access and though we were followed and watched continually, in general we found Syria a very free society, Damascus a very open city, even a “party town.”  I left the meeting confident that Syria is a very good choice as a wartime ally to the United States.

One of the biggest areas to discuss as we move on are the crippling sanctions the US has imposed on Syria.  These are insane, particularly during a war where the Syrian people, the Syrian Army and militias are fighting a fight that, as is so rarely the case anymore, the US has a real security stake in.

While we were there, the Israeli papers attacked me and Jim Dean.  That alone should have made people suspicious as it made clear who had gravitas and who did not.  In reality, little at the conference was about Israel.  Where they are involved, we have strong proof but wider examination puts much more focus on Turkey.

I think Israel is making a mistake in its role with Erdogan.  In the real world I prefer dialog to name calling.  Hanke, who was attache to Israel, pointed out the potential.  A nation could have a worse neighbor than Syria.  They are quite well structured and much more moderate than most are aware.  Syria appears to be at least as free as any EU nation and I did put that to the test on more than one occasion. 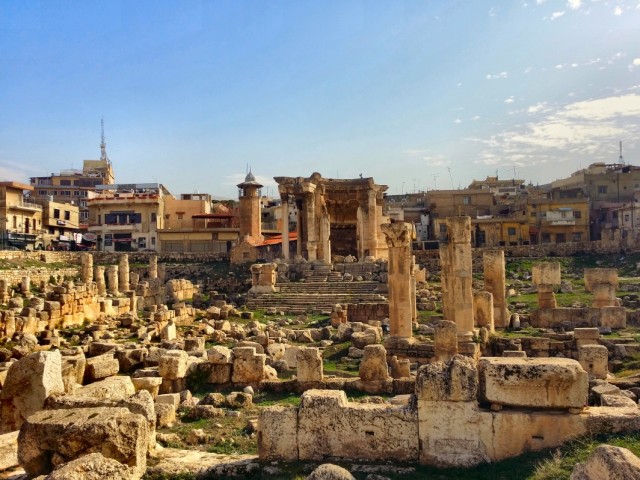 You can certainly say anything and everyone does.  No one is tied to a “party line” and there is very little religious proselytizing.  Here at VT, we drown in intelligence, much more than any national government ever sees or any national leader is allowed to see.  I probably have more and certainly better intelligence briefers than any head of state.

We will be reporting more, about a world war, not a civil war.  As usual, we stand with all of like mind, Israeli, US, Syrian, Russian, British, French, Iranian, the list most know quite well.  more…