Indeed a big and major achievement that Tunisia, birthplace of the Arab Spring (Jasmine Revolution) or what left of it was able to usher a new era of democratic reforms and is on the way of building a modern nation state of institutions not one party state or cult dictatorial personalities.

Many thanks goes to Annahda (Renaissance) Movement and its leader Rashid Al-Ghanoushi whom, to save the “revolution” and the learning from difficult path of the last 4 years decided not yield any candidates for the just concluded presidential election.

Tunisia, unlike other states that snuffed the Arab Spring, did not have an entrenched political deep state, did not have an army at the service of the regime or a self serving army, and notwithstanding years of oppression and one party rule has a somewhat educated and enlightened citizenship, with equal rights for women. 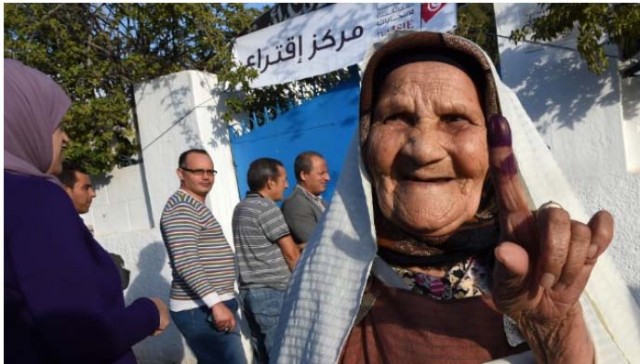 The last four years has not been easy, with remnants of the “deep state” in place, specially the former ruling party and its allies within the labor unions and “secularist” parties with a long history of hostility toward “Islamists” movement and never stood for or defended their rights and freedom and who aligned themselves with the regime in most cases.

One thing the Annahda did which saved the revolution it did not act with vengeance and did not go on a purge or cleansing of “remnants of the old regime” and did not call for massive sham trials, and did not chose to rule alone. Rather it formed a coalition of smaller parties that allowed it rule and bring the country through orderly transition.

Remnants of the old regime and die hard “secularists” and labor unions did their very best to undermine any and all efforts by the Annhada to usher democratic transition, and of course the “jihadists” were not too far from the secularists conducting assassinations of two leading political figures (Chokri Belaid and Mohamed Brahmi) and organized armed resistance entrenched in the mountains. The “ secular “ parties and labor union leadership quickly blamed Annahda Movement for the assassination, which turns out to be not true. 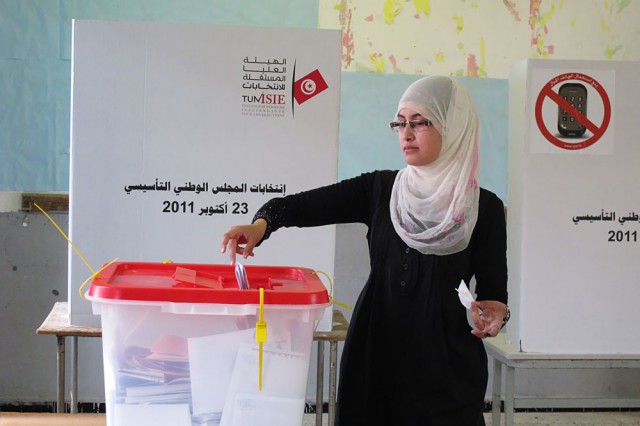 Of course one has to raise the question as to why Tunisia with a majority of young people decided to chose an 88 years old member of the former regime for the presidency? Beji Caid Essebsi was a speaker of the sham parliament under former dictator Ben Ali and was an interior minister under the repressive regime of Tunisia’s first president Habib Bourghiba.

To his credit Mr. Essebsi was selected as the first interim prime minister after the revolution and he ushered a much divided country into its first democratic elections for the National Constituent Assembly, which in and of itself a major achievement.

Tunisian parties with all of their shortcomings and at time self-serving leadership stood up for the country and people and decided not to waste a chance of a lifetime or waste the “Jasmine Revolution”.

Annahda Movement unlike Egypt Muslim Brotherhood is modeled after the Christian Democratic parties of Western Europe, decided to yield candidates only for the parliamentary elections not presidential election and not support or endorsed any of the presidential candidates. A very wise moves given the atmosphere of suspicion and hyped up hostility toward “Islamist” parties by Arab controlled media, key Arab governments certainly Western powers.

The big test for Mr. Essebsi and Nida Tunis (Call for Tunisia) in fact for all of the parties and political leadership is how the party with majority in the recently held in parliamentary elections will deal with issues such as poverty, high unemployment, big discrepancies between rural and urban area, humiliating and inept bureaucracy, big divide between those who has and those who has not, rebuilding the country’s infrastructure, diversifying the economy moving away from tourism as major source of income and otherwise creating and nurturing civil society to civilized and orderly discourse and debate in a region full of danger and turmoil.

One can only say congratulation to the people of Tunisia on a start of a job well done. Congratulation to both Mr. Mouncef Marzouki and Mr. Essebsi and Mr. Rashid Al-Ghanoushi and to all the political parties and leadership for a job well done. One can only hope that the Tunisian experience in transformation from dictatorship to democracy and clean and accountable transparent government is a model for others to follow. For once in the Arab world ballots won over bullets.