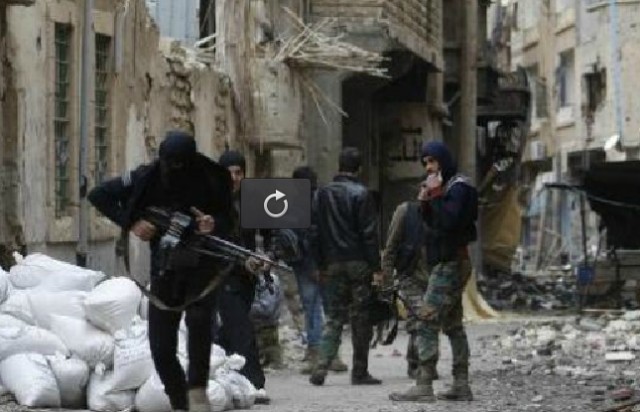 Takfiri ISIL militants (file photo)
[youtube 8QXa0tqmcQM&feature=youtu.be]
Related Viewpoints:
Gordon Duff, a senior editor at Veterans Today, said in an exclusive interview with Press TV that despite attempts to exploit differences between Iraqi Sunnis and Shias, there is a strong single economy in Iraq, which is the reason why the ISIL militants are seeking to destroy the country’s economy.
Sunnis and Shias in Iraq have worked together economically for many years and there is no potential for exploiting Iraq without destroying its economy, he said.
Duff also added that the same thing is true about the Kurdish region, which he said is strongly tied to both Sunnis and Shias in Iraq.
On Thursday, Kurdish Peshmerga forces managed to break the siege of Mount Sinjar in northwestern Iraq and delivered aid to the Izadi Kurds who have been stranded in the area for months.
The Kurdish forces also regained control of the Tal Afar Mountain in Iraq’s northwestern Nineveh Province from the Takfiri ISIL terrorists on Friday.
At least seven villages and the strategic town of Zumar have reportedly been recaptured from the ISIL as part of a major offensive to open a path from the Kurdistan region to Mount Sinjar.
Duff described the recent victories by the Kurdish Peshmerga forces against the ISIL terrorists as significant because they achieved the gains without any help from the US and other Western countries.
The ISIL terrorists control some parts of Syria and Iraq. They are engaged in crimes against humanity in the areas under their control. ISIL militants have terrorized and killed people of all communities, including Shias, Sunnis, Kurds, and Christians.