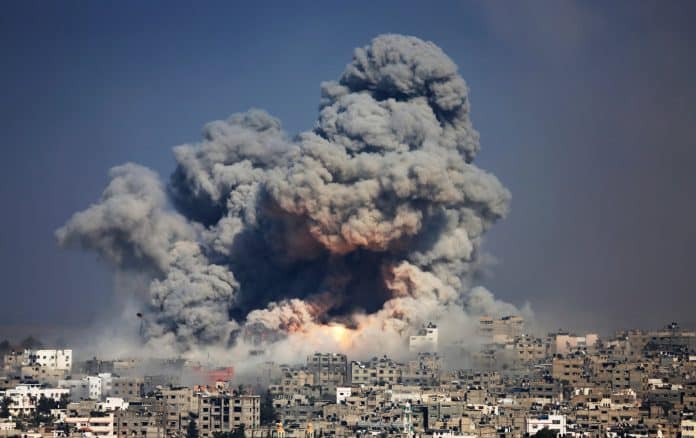 This past week the International Criminal Court at the Hague accepted the application of Palestine to join the court.   This so-called risky move by Palestinian President Abbas was both applauded by the world and sadly panned by the USA and Israel as being provocative and an obstacle to the “peace process”.

Strange the USA and Israeli governments attempt to argue against a day in civil court right?  Talk about being on the wrong side of humanity!  Ouch!

I mean there is NO better way to behave in a civil society with our fellow man than going to court.

Going to court is the most excellent non-violent way to seek justice when injustice exists unchecked.  It exposes our bad behavior to objective peers for a judgment that helps us all better life together under commonly held values.  Yet here we are watching the lost USA and Israel stand alone against justice!  Sad really!

But it’s much more than sad, it’s stupid policy!  Justice only strengthens society not weakens it and justice for indigenous peoples will launch and empower Israel to succeed in our 21st century and free the USA from the bondage of paying for Occupation and funding genocide degrading its’ own society.

In the case of Israel, its behavior will now come under the global microscope.  Many in Israel’s corridors of power are unhinged, frightened, scared, angered, and genuinely upset because exposure to a global court will reveal ugly truths that will upset its current disposition and put certain ugly individuals in jail.  That is scary for many people who know they did wrong and will have to own it.

So while some with poor vision see this request for justice as a threat to their power, we at Team People say let it be so.  They deserve to be threatened because their bad energy and extreme behavior have earned such a reward.

It is time that Israel purges itself from its past and joins the 21st century.  It is time it faces the court and receives its judgment. It is time for Israel to grow forward and join the Middle East as a partner, leader, and respected player for all where a modern connected 21st century will govern in real freedom, liberty, and justice for all; not just some!

In a sad foolish backward step, to combat the civil request for justice, the current under fire and increasingly unpopular Prime Minister of Israel Benjamin Netanyahu and his assigns have exacted a punishment against the Palestinian Authority (PA ) by freezing over $ 120 million in tax monies collected on behalf of the PA.  This financial starvation gambit effectively cuts the PA off from being able to pay its government employees.  And when Employees don’t get paid, the idea is that they will revolt against Abbas and force him to back down from the request for justice.

So far the gambit is backfiring as the world sees it for what it is; a bully payoff to avoid exposure to the light which in itself may be a crime against humanity and subject to indictment. 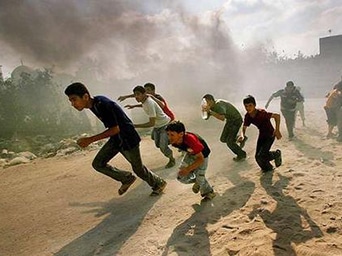 But the funny truth about all of this is that an indictment, conviction, and sentence of criminals will actually super strengthen Israel not weaken it.  Yes, there will be political heads in Israel that will roll. And yes some of those in power who thought their legacy would be that of a hero will actually go down in history as pariahs.  But that is exactly the point. Their heads should roll because our future is calling and there is no place for their violence, contempt, and ugliness posing as a vision for the Jewish people.

It’s time that Israel purges itself from its past and joins the 21st-century global community.  This is a win for Israel, not a loss!  It’s time for it to own up to its crimes against humanity without fear but with honesty and humility.  It is time they send criminals posing as leaders to jail and save themselves from an ugly past that has no future.

In addition, hopefully, Israel will also join the ICC and file charges against Palestinians that it believes have committed crimes against humanity so that it can also have its day in court.   That would be the right civil way to handle this situation.  It also happens to be less expensive for everyone including the US Taxpayers that have to continually fund Israel’s “security” which never materializes because there is no security when one abuses its indigenous peoples!  So there you go…..everyone will win in court!

And so when each side has its day in court with convictions of key abusers, the children of Israel and Palestine can finally put the ugly violence of the past into the files of history and move forward with real human solutions that will provide all with a path to not only survive but thrive in a new 21st-century world where the state respects the rights of its own citizens and the rights of its neighbors to truly become members of the global community and shining lights to the world.  This is our collective future.  It is the only way forward. It is that simple folks! 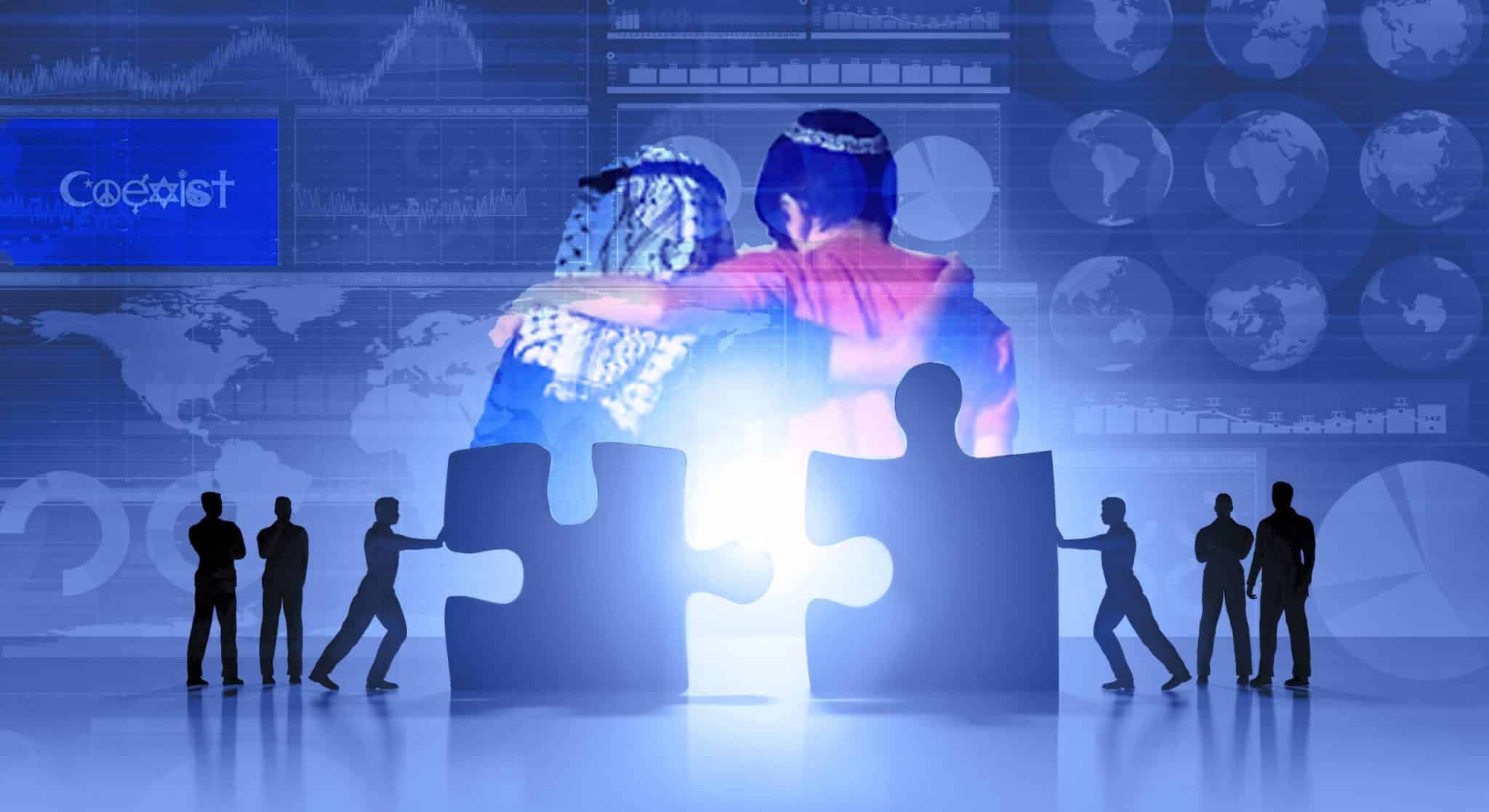 But wait, there are more benefits for all…….

The consequences of such justice will have far-reaching effects not only for the children of Israel and Palestine but across the world.

Off the table will come 20th-century ugly dogmatic arguments for jihad against Israel because Israel will now be a place where everyone can truly be treated with respect and justice.  Why hate Israel when one can be free, happy, and know it’s a just place where Jews, Christians, and Muslims can have tea at the cafes in peace and brotherhood while celebrating our connected 21st century together as human beings?

A responsible court for all will set up parameters of behavior that will keep all those that have the urge for backward violence in check.  Palestine will be a place where violence is no longer a daily struggle but something that once was but no longer is; a place where children can grow up in the 21st century as excellent friends with their neighbors.  This is the real promise of our 21st century that the USA and Israel currently oppose because certain visionless leaders cannot yet see how it benefits them; not yet anyway.

Imagine that a civil resolution will put an effective end to the pan-Arab argument that the question of Palestine requires armed struggle or jihad.  And it will change the way the  Arab states view the world forcing them to look inward as they no longer have a protagonist in Israel to take pot shots at.  No, for them, it will be even harder to swallow because they will have to go under the global microscope themselves for their misbehaviors.  Yes, I am talking to you about Saudi Arabia, Bahrain, Syria, Iraq,  Lebanon, Jordan, Egypt, etc…..but that’s another article for another time.

The bottom line is that we are now in the 21st century where the ideas of the past have no place in our future.  We are becoming connected against the will of crusties that want the 20th-century status quo. The problem for them is that 21st-century justice is calling and they don’t have a freakin’ smartphone!  It’s time for them to go away and leave the future to us. We are Team People and we all have smartphones!  See You in Court!