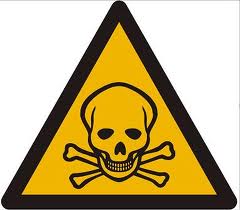 Dioxin (Agent Orange’s most toxic chemical) is one of the chemicals that results from incomplete combustion from burn pits. We shouldn’t have been in Iraq or Afghanistan and then to compound this, the military personnel who were exposed to ‘DIOXIN’ will pass on health effects through their DNA to dependents. So, we now have a connection of young men and women who served in these countries to Vietnam vets exposed to AO.

The chemical, 2,3, 7, 8 TCDD, is a toxic byproduct of Agent Orange and was found by DoD in the ambient air around the burn pit at Joint Base Balad, according to a Veterans Affairs (VA) guidance letter on post-9/11 environmental exposures. Exposure to this dioxin may lead to a host of health problems, including chronic b cell leukemias, Parkinson’s disease, lung cancer, and non-Hodgkin’s lymphoma (See: http://sgtsullivancenter.org/agent-orange-dioxin-found-burn-pit-emissions/).

On Tuesday, June 10, 2014, Congressman Honda announced the introduction of the Toxic Exposure Research and Military Family Support Act of 2014 (H.R. 4816), which expands the number of veterans, and their descendants, whose illnesses related to exposure to toxins are covered by the Veterans Administration and the Department of Defense.

The act instructs the Department of Veterans Affairs to fund treatment for descendants of veterans who were exposed to toxins while in combat or during their tours of duty. Toxins such as Agent Orange caused birth defects in the children of military personnel “who came in to contact with them either during the Vietnam War, in the storage and transportation of them, or by riding in aircraft that had been previously used to transport the toxins. The bill will also require the Department of Veterans Affairs to coordinate with the National Birth Defects Registry and create a central research facility dedicated to studying and chronicling the incidence of birth defects caused by toxins like Agent Orange.”

Agent Orange is the ‘gift that keeps on giving.’ Between 1972 and 1982, approximately 1,500 to 2,100 U.S. Air Force (AF) Reserve personnel trained and worked on C-123 aircraft that previously had been used to spray herbicides, including Agent Orange (AO), during Operation Ranch Hand (ORH) in the Vietnam War. Samples taken from these aircraft show the presence of AO residues. However, the Department of Veterans Affairs (VA) considers AF Reservists who served in ORH C-123s ineligible for health care and disability coverage under the Agent Orange Act of 1991.

It’s not uncommon for veterans stationed at one of the EPA Superfund sites to question whether his/her cancer is due to exposure to toxic chemicals on active duty.

Over the past few years, I have received many emails asking about the environmental contamination at former Marine Corps Air Station El Toro, CA, and Camp Lejeune, NC.

Only a professional medical care provider can determine whether a particular medical condition is linked to exposure to toxic chemicals in the military.

A problem for veterans is that medical doctors have no training in epidemiology.  For veterans with cancers and other serious medical conditions from chemical exposures, the VA requires that a disability claim be supported by a nexus opinion from a medical doctor that states their disease is “at least as likely as not” due to military service.  It’s highly unlikely that your family doctor or specialist would willingly sign off on a nexus opinion.  Without the nexus opinion, the VA claim is on the fast track to denial.

As discussed BETRAYAL:  Toxic Exposure of US Marines, Murder and Government Cover-up, there more than 100 US military bases that are federal “Superfund” sites, meaning that their hazardous contamination has been documented and is available to the public.

Former MCAS El Toro (closed in July 1999) is one of the EPA Superfund sites.  The following Navy photo shows the location of the base’s 25 contaminated sites:

Chemical exposures of men, women, and children on military bases in the US are well-established. These exposures can occur while working with hazardous chemicals or residing on bases with contaminated water, soil, or air.  Exposures can affect family members as well as those in the Service.

If health damage occurs as a result of chemical exposures, it may be immediately obvious or maybe evident decades later in the case of some chronic diseases.  Books, news articles, and blogs have been written to inform military veterans and their families about the hazards and harm. But there are limited resources that provide detailed objective information about chemical exposures and health conditions that can occur as a result of those exposures.

To address this need, BETRAYAL provides a link to a new report that lists many of the chemicals commonly found on bases and the health conditions they can cause.  The report was written as a voluntary effort by medical professionals in order to help inform veterans about potential health effects they may experience as a result of chemical exposures during military service. The thinking behind this is that informed veterans will be alert to potential health problems and obtain appropriate care more quickly.  This should enable veterans to have the best opportunity for long and healthy lives.

We hope the report will assist veterans in obtaining an early diagnosis, appropriate medical care, and a better quality of life. We also hope that it will encourage new federal requirements that veterans be informed about their exposures and potential harm and that they and their families are provided appropriate medical screening and care.

Health Hazards of Chemicals on Military Bases is available at: sciencecorps.org

I strongly recommend that you read this report and share it with your health care provider.  The determination of whether any medical condition is linked to toxic exposure can only be made by health care professionals.

The report is on a website to enable frequent updates with new medical information.