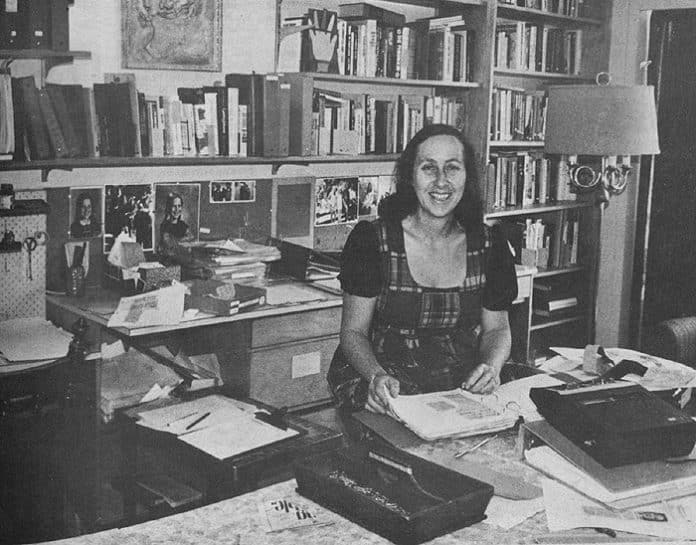 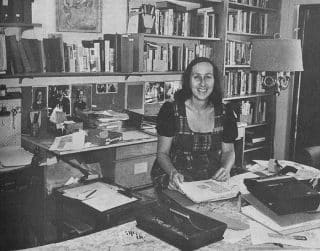 When I first learned of her work in 1992, Brussell had already been dead for four years. I had contacted the Christic Institute* to request copies of the literature they were putting out regarding their lawsuit against CIA operatives involved in either the Iran Contra Affair** or the CIA-backed cocaine trafficking used to finance the Contra war against Nicaragua. The staff member I talked to phone informed me the judge had dismissed their suit as frivolous and stripped them of their non-profit status. They had turned all their literature and tapes over to Prevailing Winds Research (PWR) in Santa Barbara. If I wanted more information, I would need to contact them.

Accessing Suppressed Documents Before the Internet

As I was to learn, PWR was an archival service for political activists, journalists, academics and former intelligence operatives whose writing on government crimes had been suppressed by the mainstream media. In 2015, most of this material is widely available on the Internet. Back in 1992, you had to order it through the PWR catalog.

A week after I contacted them, they sent me an astonishing catalog of economically priced books, articles, tapes and monographs that had suppressed by the mainstream media (including, but not limited to, Philip Agee, Peter Dale Scott, Mae Brussell, Ralph Schoenman, Larry Flynt, John Judge, Seymour Hersh, John Stockwell and Abbie Hoffman).

Just an Ordinary Housewife (and Mother of Five)

Brussell had doubts about the official version of the JFK assassination from the moment she watched Jack Ruby assassinate Lee Harvey Oswald on live nation televisions. When Brussell’s daughter first saw Oswald in the hallway of the Dallas jail, it was obvious he’d been beaten and she felt sorry for him. She was wrapping up her teddy bear to send him when they saw Ruby shoot him.

Because it also bothered Brussell that the newspaper and TV coverage regarding Oswald’s background was full of discrepancies and contradictions. In 1964 she paid $86 to purchase the 26 volume Warren Commission report of the Kennedy assassination, which contained even more discrepancies and contradictions. As she stated in a 1974 interview with Playgirl Magazine, “Twenty-three adjectives were used to describe him in the Warren Report. They said he had no friends, no meaningful relationships, couldn’t hold a job, and so on. But the evidence all pointed in the opposite direction.”

So she began a seven-year project to cross index all the key witnesses and findings, filling dozens of notebooks with 28,000 pages of files on each witness and their specific link to Oswald. What she ultimately discovered was that the international terror network had gone underground and were continuing their fascist campaign to take over one country after another, including the US.

Her determination to dig deeper into the JFK and other assassinations led her to read 15 newspapers every day and subscribe to more than 150 periodicals. The clippings she cut and saved would eventually fill 39 file cabinets.

As a result of her careful research, Brussell would conclude that the Kennedy assassinations, Martin Luther King’s assassination, the Manson family murders, Ted Kennedy’s Chappaquiddick affair and the Patty Hearst kidnapping were all orchestrated by the far right, the CIA, the FBI and the Mafia with the dual purpose of discrediting the left and establishing a fascist state.

Starting in 1971, Brussell hosted a weekly radio program called World Watchers International. She broadcast on KLRB in Carmel from 1971 from 1971 to 1983 and on public radio station KAZU in Pacific Grove from 1983-1988. Her program was syndicated to a half dozen stations around the country (including Sacramento, Boston, Syracuse and San Francisco), and hundreds of followers subscribed to her tapes and bibliographies. She also lectured extensively and had articles published in the Realist, People’s Almanac, Berkeley Barb, Penthouse and Hustler.

In addition to researching the US intelligence link to the Kennedy assassinations, the Martin Luther King Assassination and the attempted assassinations on Ronald Reagan, George Wallace and Pope John Paul II, assassination researcher Mae Brussell investigated the assassination of John Lennon and the suspicious deaths of dozens of other rock stars.

She was the first to uncover the role of former Nazi war criminals in the JFK assassination, as well as the US intelligence link to the Watergate break-in in June 1972. Brussell always believed Watergate was a coup to remove Nixon from power, a hypothesis corroborated more than thirty years later by Russ Baker in his 2009 book about the Bush family, Family of Secrets. In investigating the assassination attempt on Reagan, Brussell was the first to uncover that the father of the alleged assassin, John Hinkley Sr was an oil tycoon and close family friend and supporter of vice president George H. W. Bush.

Brussell’s friend (and former Chicago 7  defendant****) Paul Krassner published her the article she wrote about Watergate in August 1972, Why Was Martha Mitchell Kidnapped? John Lennon, who had undergone years of FBI surveillance and harassment, paid the $5,000 printing bill.

Brussell first published her article The Nazi Connection to the JFK Assassination in Larry Flint’s short lived publication The Rebel in 1984.

Brussell also played a vital role in bringing the CIA’s Operation CHAOS to public attention. According to Brussell CHAOS, which was launched in 1967, played a significant role in “neutralizing” popular rock musicians who were contributing to the rise of the New Left. According to Brussell, most of these murders were disguised to look like accidental drug overdoses or plane crashes. However, as with the JFK assassination, there was always a typical pattern of lost or destroyed evidence and an official report that was full of contradictions and discrepancies.

Brussell had a special interest in John Lennon’s alleged assassin Mark Chapman and all the unanswered questions posed by the “official” police account. In a 1981 interview with Tom Davis, Brussell talks at length about Chapman’s unusual background, which clearly suggests prior intelligence involvement.

She also raises a number of troubling questions the New York police should have investigated (and which likely would have come out at trial if Chapman hadn’t been pressured to plead guilty):

• Why did a security guard Chapman met in DeKalb Georgia arrange for him to spend six months in war torn Lebanon (Brussell believed it was to attend a CIA-run military training camp)?
• Why did Chapman return from Lebanon to Fort Chaffee Arkansas to work at a World Vision camp for Vietnam refugees (World Vision, run by Bush senior’s friend John Hinckley Sr, was closely linked with the CIA, which frequently used their refugee camps to recruit operatives)?
• Who paid for Chapman, who was chronically unemployed, to take a long round the world trip shortly before he shot Lennon?
• Where did Chapman get the money to purchase $7,500 worth of Norman Rockwell lithographs and to stay in expensive hotels?
• How could someone who was hospitalized for mental illness in Hawaii manage to buy a weapon there – and transport it to the mainland? And why did the Federal Bureau of Alcohol, Tobacco and Firearms have no interest in investigating this?

Forced Off the Air by Death Threats

Brussell left the air in March 1988 after receiving a serious death threat related to her investigation of followers of satanic cults in the military. She continued to record weekly audiotapes, which she sent to her followers, until June 1988. She died, from breast cancer, in October 1988.

*The Christic Institute was a public interest law firm founded by Daniel Sheehan in 1980. Christic represented victims of the nuclear disaster at Three Mile Island; they prosecuted KKK members for killing civil rights demonstrators in the Greensboro Massacre, and they defended Catholic workers providing sanctuary to Salvadoran refugees (American Sanctuary Movement). Most famously, the Christic Institute uncovered the Iran Contra Affair, and led the lawsuit at the heart of the scandal.Along with the suit, the Institute launched a massive public education campaign to raise public consciousness about the Iran Contra affair. Their work eventually led to the appointment of Iran Contra special Prosecutor Lawrence Welsh. His investigation led to the convictions of both former National Security Adviser John Poindexter and National Security Council member Oliver North, although both convictions were subsequently reversed.

**The Iran–Contra affair, also referred to as Irangate, was a political scandal in which senior Reagan administration officials secretly facilitated the sale of weapons to Iran, which was illegal under a US embargo. The allowed the CIA to fund efforts by the Nicaraguan Contras to overthrow the Sandinista government in Nicaragua. Under the Boland Amendment, further funding of the Contras by the government had been prohibited by Congress.

***In addition to his work as an independent assassinations researcher, John Judge (1947-2014) was also co-founder of 9-11 Citizen Watch, Special Projects Assistant to former Congresswoman Cynthia McKinney and cofounder of the Coalition on Political Assassination. COPA was founded in 1994 following the release of thousands of classified JFK documents by Clinton’s Assassination Review Board, and Special Projects Assistant former Congresswoman Cynthia McKinney.

****The Chicago Seven were seven defendants charged with conspiracy, inciting to riot, and other charges related to street protests at the 1968 Democratic National Convention.
.

This first video is an early radio interview with Brussell from 7/21/71. In it she discusses the longstanding power struggle between the Eastern banking/oil elite and the Western military/space elite and the role of John Kennedy’s murder in this power struggle. She also explores Oswald’s role as an intelligence operative.

In the second interview, she discusses the 28,000 page cross filing system she used to analyze the Warren Commission report and establish clear links between Oswald, his probable CIA handler George DeMohrenschildt and 28 white Russian CIA assets in Dallas/Fort Worth.