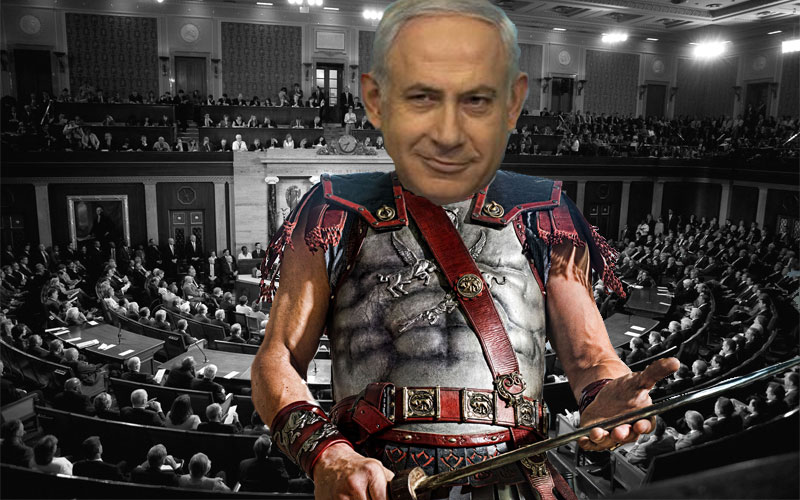 Admittedly the title herein is a bit inflammatory but its meant to highlight a very serious fact that the Speaker of our House John Boehner has invited Israeli Prime Minister Benjamin Netanyahu to lecture We-The-People on foreign policy as it relates to our U.S. Presidents Iran policy on February 11.

It should be a huge event. I hear he’s invited all the networks to play it live for We-The-People so that Bibi can promote his own Foreign Policy against the official U.S. position at the White House which may be in direct violation of The Logan Act

The Logan Act is a United States federal law that forbids unauthorized citizens from negotiating with foreign governments. It was passed in 1799 and last amended in 1994. Violation of the Logan Act is a felony, punishable under federal law with imprisonment of up to three years.

The Act was intended to prohibit United States citizens without authority from interfering in relations between the United States and foreign governments.

At this time, to the best of our knowledge Bibi may have received American citizenship during his study years at MIT and has never renounced it. We tried to confirm this information but neither his office or the U.S. government will confirm or deny!

If a U.S. citizen, as such, he will be in direct violation of the Logan Act; plain and simple! There is NO way around it! Nentanyahu is NOT a member of the U.S. Government and has no rights to promote and negotiate foreign policy for our government.

Now of course, Netanyahu could care less about rule of law. He lives in a world of impunity protected by massive money in the corridors of power where one can murder over 500 children, over 1500 civilians, and murder 17 journalists in Gaza this past summer and get away with it while he marches in the Je Suis Charlie parade in Paris last week.

There is NOTHING this psychopath won’t do! He has no shame or conscience. He is evil incarnate; plain and simple! So don’t hold your breath on getting our paid off Congress to take action. They are more likely to give him a standing ovation and appoint him U.S. President for Life ala and change his title to Emperor Netanyahu.