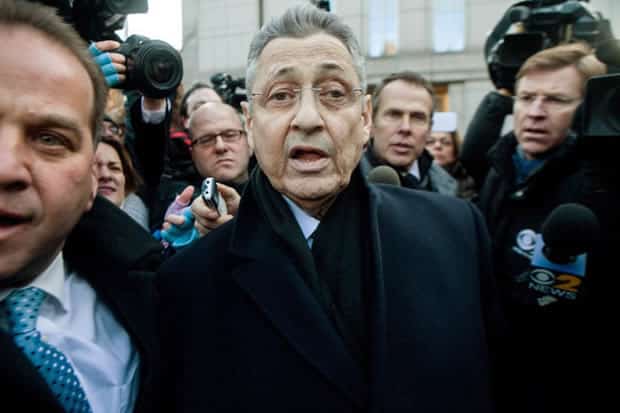 One can’t help wondering: will Congress–when Benjamin Netanyahu comes nuzzling into Washington to deliver his next joint-session address–exceed the 29 standing ovations they lavished upon him back in 2011?

Perhaps Las Vegas odds makers would care to lay odds on the matter? Although of course knowing the level of corruption, there’s little doubt of Congress members placing all the bets and then prearranging amongst themselves to deliver the winning number.

It was initially announced, when news broke of the celebrity red carpet extended by House Speaker John Boehner, that Netanyahu would speak before Congress on February 11, but now the date has been reset–to March 3.

This means that his visit to Capital Hill will run in tandem with this year’s AIPAC policy conference, set to take place in Washington at precisely the same time–which is exactly the performance lineup that unfolded in 2011. In fact, Netanyahu will be addressing both the conference, and Congress, a day or so later, which–again–is what happened in 2011. History repeats itself.

Yesterday I put up a post about the arrest of New York Assembly speaker Sheldon Silver on corruption charges. In that post I made note of the fact that Silver is a stanch supporter of Israel, and I also discussed a bill he introduced last year targeting the American Studies Association in retaliation for the group’s passage of a resolution calling for an academic boycott of Israeli universities.

Actions such as the American Studies Association’s discriminatory boycott of Israel and its academic institutions are a blatant assault on the academic freedoms that New York and its students have come to hold dear. Colleges should not use taxpayer funds to support boycotts, resolutions or any similar actions that are discriminatory and limit academic opportunities.

Those were the words Silver spoke at the time. Now, of course, we find the New York Assembly speaker under federal charges of taking some $4 million in bribes and kickbacks–which raises a question: is it possible that political corruption and being pro-Israel are two sides of the same coin, and that they essentially go hand in hand?

Silver’s collaring by the feds is the second downfall of a prominent, pro-Israel politician in less than a month. On December 30, New York Congressman Michael Grimm announced his resignation following allegations that campaign donations totaling more than half a million dollars had been funneled into his campaign by followers of Israeli Rabbi Yoshiyahu Pinto.

An investigation into Grimm’s activities was launched by the US Justice Department in 2012, and in January of 2014 the congressman threatened to break a reporter “in half” and throw him off a balcony. Then on April 14, the feds delivered a 20-count indictment for fraud, federal tax evasion and perjury, and finally on December 23 the dedicated public servant pled guilty to felony tax evasion. As the French say, de haut en bas, “from top to bottom.”

Though both Grimm and Silver are from New York, let’s hope the political downfalls of pro-Israel politicians spread to other states–like maybe Ohio, home state of John Boehner. Wouldn’t it be nice to see him take a dive as well? 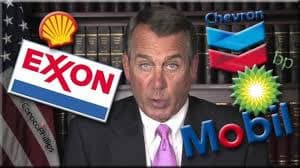 Boehner has been an avid proponent of the Keystone XL pipeline. You can go here to watch a video the House speaker uploaded in 2012 urging approval of that project. Of course what the video doesn’t mention is that Boehner has invested large sums of money in seven corporations, six of which are oil companies, all with stakes in the Canadian tar sands regions.

If it is illegal for Silver to use his position as speaker of the New York State Assembly to secure benefits for real estate developers having business before the state, why is it not also an infringement for Boehner to leverage his position as speaker of the House of Representatives to advance construction of a pipeline he has a financial interest in and which environmentalists have warned poses a severe ecological hazard?

A little bit more about Boehner you may not know:

In June 1995, Boehner handed out checks from the political action committee of tobacco company Brown & Williamson Corp. to fellow Republicans on the floor of the House. The payments to “about half-a-dozen” Republican legislators prior to a vote on discontinuing subsidies to the cigarette industry were rewarded when Republicans killed the bill. Boehner’s excuse for using the House chamber to pay legislators for favorable votes was that it was common and that the tobacco company told him to do it; so “I complied.”

So here we have Boehner handing out money from tobacco companies and standing to profit financially from an oil pipeline–but yet he has not, at least so far, seen the feds come down on him. What gives? How come Grimm and Silver bit the dust while Boehner is still standing? Did the former, for all their loyalty to Israel, perhaps do something to displease their masters?

Grimm indeed was a staunch supporter of Israel during his time in Congress. In 2011 he was appointed co-chair of the House Republican Israel Caucus, and that same year, when some members of Congress, including Republicans, were pushing for deep cuts in discretionary spending, Grimm opposed any reduction in aid to Israel.

But then in September 2013, after at first expressing support for a US attack upon Syria, Grimm suddenly did an about face.

“I am no longer convinced that a U.S. strike on Syria will yield a benefit to the United States that will not be greatly outweighed by the extreme cost of war,” he said.

Grimm made that statement on September 5, 2013. This was in the aftermath of the Ghouta false-flag chemical attack that the US government and the media were attempting to blame on Syrian President Bashar Assad. It was also at a time when the Israeli lobby was strenuously pushing for a US attack on Syria–an escalation they probably would have succeeded in bringing about had it not been for some shrewd diplomacy on the part of the Russians.

Whether Silver did something similar to Grimm is hard to say, and while federal prosecutors are gunning for the Assembly speaker, one person who has come out in his defense is New York City Mayor Bill de Blasio:

“I want to note that I’ve always known Shelly Silver to be a man of integrity, and he certainly has due rights and I think that we should let the process play out here,” said de Blasio.

While the mayor professes he has “always” been confident of “Shelly’s” integrity, Silver has nonetheless a reputation for corruption that seems to precede, by at least seven years, the charges filed against him this week. You can click here to view a video spoof on him that was uploaded in 2008 entitled “The Silver Dollar Cash Machine.” So why are the feds just now getting around to charging him with criminal offenses?

Maybe he did do something. Maybe he stepped on the wrong toes. Or maybe he simply forgot to write on his phylacteries, vir prudens non contra ventum mingit (“a wise man does not urinate against the wind”) and wear it religiously, wide and large, on his arm and forehead. In some ways it doesn’t matter.

America is currently under the control of what some have described as an “international crime syndicate,” and as we know, all mafia dons, whether they be Jewish or Sicilian, demand total obedience. Kiss their rings and you’ll be just fine. Cross them and you’re in trouble. This is not to say I don’t hope the feds will win their case against Silver and put him behind bars. I assuredly do.

At any rate, do political corruption and being pro-Israel go together?

The answer is yes, they do.