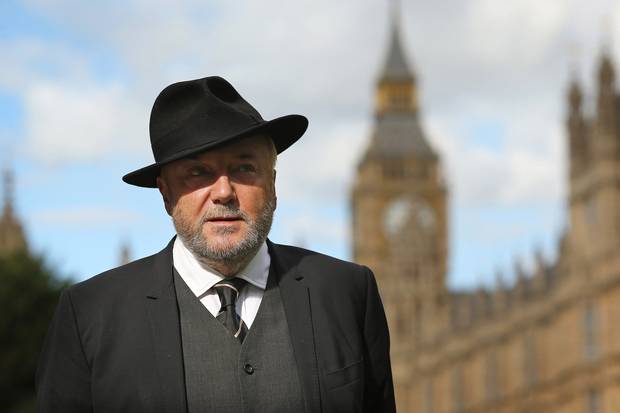 BBC Question Time with guest George Galloway was an excellent opportunity to witness and assess,  the vile, violent and ruthless Zionist community living in our midst.

The Jews who heckled  Galloway yesterday may have lived in this country for generations, but they have clearly failed to adopt  British manners or the spirit of democracy into their behaviour.

MP Galloway went out of his way to distinguish between Israel and Zionism on the one hand, and Jews, Judaism and Jewishness on the other. However, the North London Jews in the hall made it clear that this distinction didn’t apply to them. They made it obvious that, for them, Israel is the ‘Jewish State’ and being Jewish, Israel  is their State.

Guardian Executive Editor Jonathan Freedland repeated the exact same line, he asked Galloway to exercise responsibility and not to criticise Israel for what it is because the Jews are sensitive and fearful.  For Freedland, the continuum between the Jew and Israel is undeniable.

Judging by the behaviour of Jews in the room and the Jewish institutional opposition to Galloway’s BBC appearance, British Jews seem to be loyal to Israel, yet, totally disrespectful of British values of tolerance and pluralism. But the hard core Zionist were not alone in the room. Each politician on the panel performed the groveling ritual to their Zionist paying masters.

They exercised  the due cry over anti Semitism though it has been established that Jew hatred in the UK is, at least statistically, insignificant (about 0.5% of all hate crimes).  After all, it is Jewish funding that  dominates British politics.  I believe that British politicians  crawling shamelessly for shekels is, by far, a greater danger for Britain as well as British Jewry.