Home Government Get The Hell Out of Our Country ! (Part III) 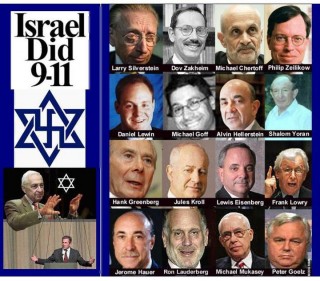 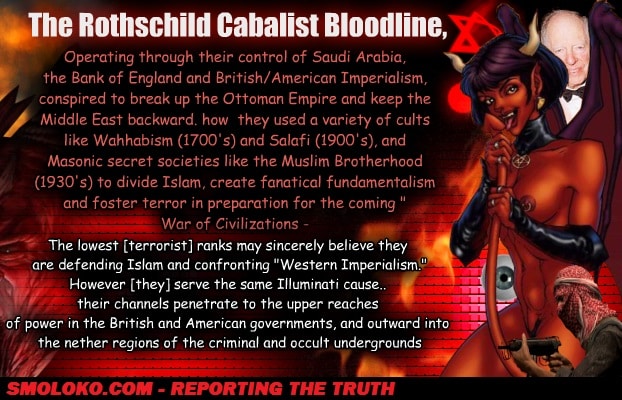 by Preston James and Mike Harris

Why is the FBI permitted to use millions of taxpayer dollars to keep setting up, mind-kontrolling retarded or mentally ill patsies to impersonate terrorists and try to set off bombs provided by FBI undercover agents?

Why aren’t these agents arrested for acts of terror or conspiracy to engage in acts of Terror, clear major felonies with life imprisonment or capital punishment if Treason was proved, which wouldn’t be too hard?

Why have most of our heavy industrial and manufacturing jobs been exported, first to Mexico, then to China and other foreign nations with no suitable duties when we need these jobs here?

Why do our elected Members of Congress knowingly allow the CIA to traffick massive amounts of illegal drugs into America to destroy our inner urban areas and parasitize the people living there?

Why do our elected Members of Congress knowingly allow a faction of our US Army to traffick huge amounts of Opium out of Afghanistan using Global Hawk remote controlled aircraft into America to get more and more young Americans addicted in order to destroy their lives. 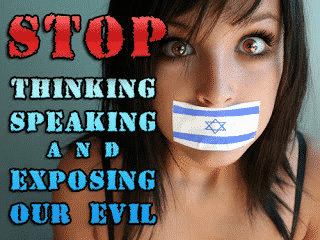 Why do our members of Congress allow the WZs to control the FDA, the CDC and allow a massive covert depopulation plan to be instituted to reduce America families and transform men into feminine hormone deficient losers, and women into fat men haters, basically de-sexualizing them and gender-bending them into sexual-inverts that cannot reproduce.

This program is characterized by contaminated vaccines, fluoridation of water, milk and food, wide deployment of plastic endocrine-disrupting containers, and massive inappropriate prescription of Fluoride based drugs which bypass sewer processing and end up in the public water systems with fluorine.

Why do our members of Congress and our heads of agencies supposed to be protecting our health allow these WZs to deploy their massive WZ long term program to destroy the family economically, destroy normal male and female sex roles all as a means to reduce the our population of what they secretly refer to us as Goyim worthy of use, abuse and murder.

Why does our Congress and Government allow the WZs to use their WZ Babylonian Talmudic Cutouts to push massive pornography and Hollywood values and culture (aka Hollywoodism) on the American masses. Is this all part of their secret war against Americans, folks they have been reported to be secretly referring to as “dumb Goyim.”

Yes, something is terribly, terribly wrong here in America! And it seems to have been going on a very long time and getting progressively worse at a very rapid rate lately. 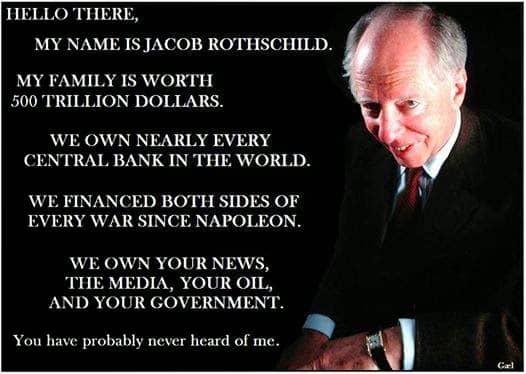 In the rest of this article we are going to answer these questions by providing detailed information about the root causes that has been excised from the history books and never before made available to Americans or anyone else in the World for that matter.

We know that VT has many readers who are in the current High Military command and are America-firsters, stand up men and women who will read this article carefully and learn from it. It is dedicated to these fine folks that are now in position to take charge and right these horrible injustices to American and America the Republic.

Now that you have the full support of many Americans and especially many Vets who are sick and tired of being misused in other people’s wars, then later to be ignored and abandoned after serving America diligently.

When you are done reading this article you will understand exactly how America has been infiltrated by the WZ Foreign Power based in the City of London, how many of our key Institutions of Government and Finance have been hijacked, and how this WZ Foreign Entity has been able to asset strip and thus parasitize most of America. 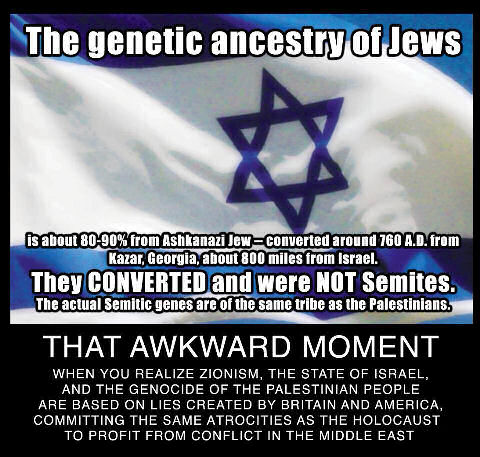 You will also understand how it has used nuclear blackmail our leaders into allowing them to consolidate American Alphabets and set up their own large Stasi-type internal Police State army occupation force, designed to transform America into Gaza II, the World’s largest open-aired prison camp to then be followed by a systematic extermination of 90% of all Americans.

You will learn why this Entity has done all this because of a long standing motive of revenge for Americans winning the revolutionary War. You will begin to realize that this foreign entity, an enemy within our gates, has been doing all this with the final goal in mind of destroying our Constitution and Rule of Law and our very Republic after parasitizing our institutions in order to asset strip all of our vast wealth and resources. And you will understand why if they are not stopped cold now they will be able to destroy America and mass murder 90% of all Americans which is their stated plan actually etched in a large stone monument in the southern state of Georgia.

Bolshevism and Neo-Bolshevism are the same and are an Evil Parasitical Plague on Planet Earth.

But there is much more history to this evil plague on Planet Earth, this disease of Babylonian Talmudism, aka Bolshevism and Neo-Bolshevism. These Malignant Judaic Tribalists (Russian Bolsheviks) that invaded Germany at the end of WW2 were, allowed to proceed deep into Germany because of FDR’s agreement with the Bolshehviks at Yalta and Truman’s ordered murder of General George Patton, both being swayed by Harry Hopkins and other American traitors.

The Bolsheviks Russians could have been quite easily defeated by Allied Forces since their supply lines were very long and fragile. Instead of crushing the Bolshevik Beast it was allow to feed on more blood, this time German Blood. As the Russian Judaic run Bolshehvik forces moved into German territories, they raped and pillaged who communities of innocent civilians. Any female 3 or above was unmercilessly and repeated raped, most them murdered afterwards in a repeat bloodletting of the Judaic Bolshevik Revolution in Russia in 1917. 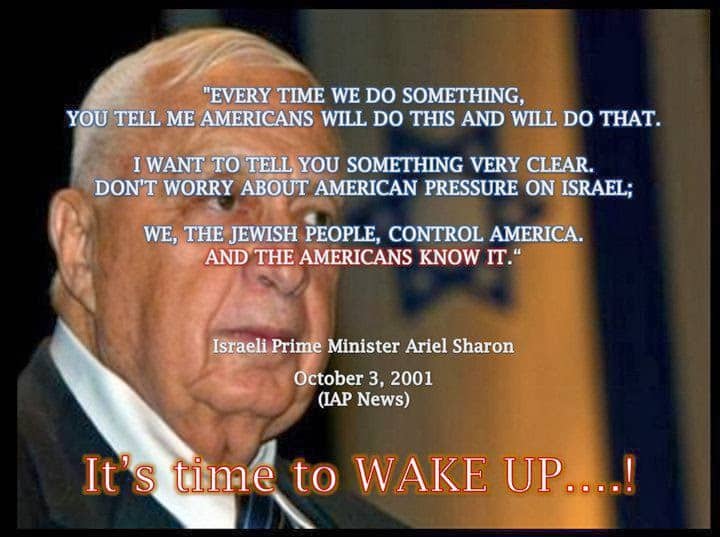 Folks should never be surprise when the Israeli Likudist Neo-Bolshevik malignant Tribalists unleash their blood-fest on innocent Palestinians. Last time they mass-murdered over 2,000 and purposely destroyed a UN school filled with innocent students. This pernicious Malignant Judaic Tribalism (Bolshevism and neo-Bolshevism) is a bloodthirsty monster that must be periodically fed with the blood of innocence, especially women and children. It is the greatest Evil that has ever erupted on Planet Earth and plagued humanity, worse than any virus or plague.

And if you think that these Malignant Judaic Tribalist Dual and Triple Israeli-first Citizens set up Homeland Security to protect America from foreign Terrorists, you are naive. DHS was set up to transform America into GAZA II the biggest open air prison camp in the World and begin their oppression and tyranny of Americans in earnest culminating in the same mass executions and blood-fest they did in Russia in 1917 and when these Bolsheviks invaded Germany at the end of WW2. Unless the American People wake up and stop this Neo-Bolshevik occupation of America, we will end up being genocided like the Palestinians and all our land and accrued wealth will be stolen by these parasites.

What specifically is this Entity that has infiltrated, hijacked and is now parasitizing America and We The People?
This Entity is the World Zionism (WZ) based in the City of London Financial District inside London (referred to as “the City” or “the Baby” by most elites), and this is a separate nation state with its own territorial sovereignty and diplomatic corps. It is essentially the private occult power network of the Rothschild private Fiat Central Bankers who run central banks in most countries of the World. It is referred to as “the Baby” by super-elites who use this term to secretly signal each other they are talking about the Rothschild family private worldwide fiat Bankster System. 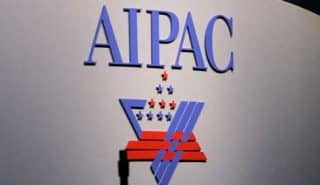 It gets all it money and power from counterfeiting money and pretending to legitimate Central Bankers, trafficking in vast amounts of illegal narcotics, illegal weapons trafficking including stole US manufactured and decommissioned nukes, sex trafficking, pedophile trafficking, sex slavery, prostitution, murder with organ stripping and organ trafficking, insurance company fraud, massive mortgage fraud, gambling and every sick twisted crime for money one could ever imagine.

Why do the super-elites refer to this Rothschild Fiat Central Banking System as “the Baby?” Most VT readers will be learning of this for the very first time and the information was provided by an informant who has been deep within this system.

The use of this term “the Baby” is a secret code word that refers to what is known as the Babylonian Talmudists who run this Worldwide Fiat central Banking System.

Many experts consider little more than a private counterfeiting system for these Babylonian Talmudists who specialize in “making money from nothing” and lending it to those who were supposed to own it themselves in the first place and charging them interest (this is called pernicious usury).

Mike Harris is the Financial Editor of VT, a radio host, a former GOP Finance Chairman, Gubernatorial Candidate for Arizona, and a Senior Vice President of Adamus Defense Group, Switzerland. Mike is an expert in full-contact mixed martial arts. His long term expertise in such has gained him a lot of respect and the nickname “Iron Mike”. Mike was a part of the VT group that attended the Damascus Conference to Combat Terrorism and Religious Extremism. Mike gave about twenty five televised interviews that were broadcast to millions of viewers in Syria, Iraq, Lebanon and Iran. In these interviews Mike emphasized and supported the historical declaration by Keynote Speaker, VT Senior Editor and Chairman Gordon Duff that the real problem behind World Terrorism is a large Organized Crime Syndicate.

Get the Hell Out of Our Country ! (Part IV) 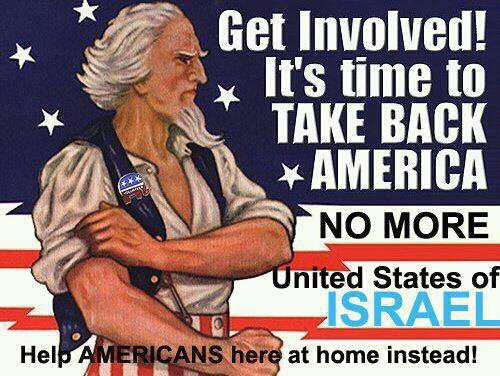 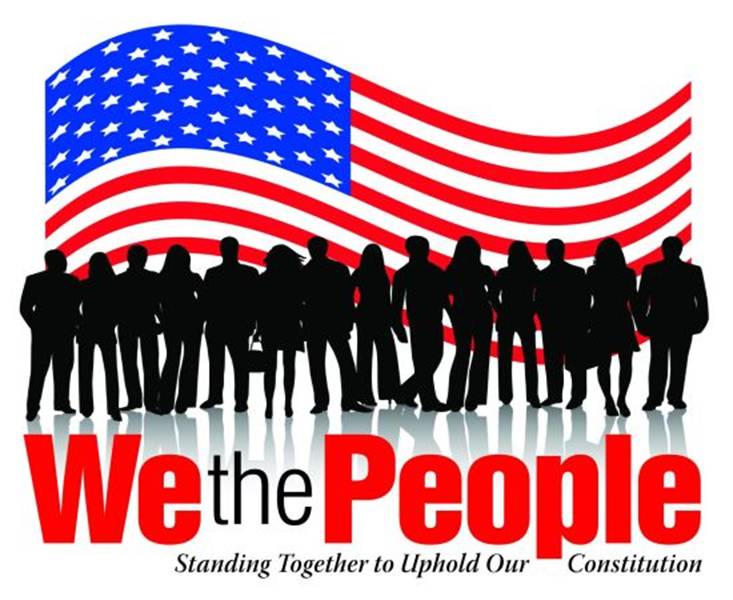