Home WarZone Powerful Documentary on the People of Donbass and why NATO will be... 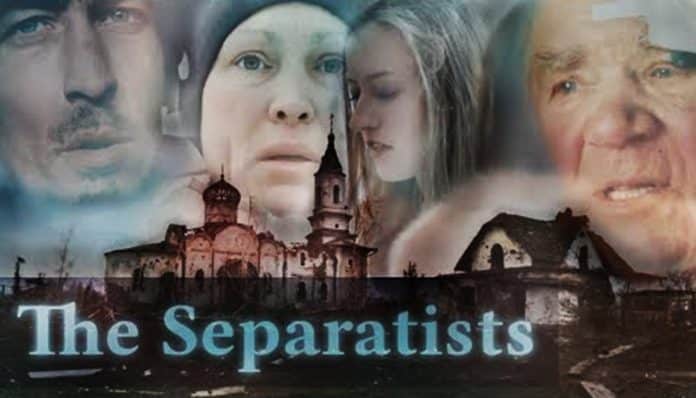 Heroism, religious faith, and a profound sense in the justness of their cause–these are just a few of the reasons the people in the Donbass region of eastern Ukraine are not going to go down easily.

On February 2, I posted a video featuring a press conference by Alexander Zakharchenko, prime minister of the Donetsk Peoples Republic, who put it rather eloquently. Speaking shortly after DPR forces had stormed and captured the town of Uglegorsk, throwing Kiev troops into a route, Zakharchenko discussed the recruitment of volunteers and the willingness of locals to join the fight.

The units will have time to undergo the combat training, have military exercises, work the combat coordination of the units out, and we’ll face the spring in different numbers than we have now for sure…It’s the reserve that will allow us to withstand any strike, and in case of success, to develop the offensive, solving the list of operative tasks…The recruitment of the volunteers is going to be announced–that’s the first stage, and then we’ll see. If the number of volunteers would suffice then we won’t even have to declare the mobilization. I guess after the latest events, there will be only more volunteers. Well, you’ve seen it yourself. When in Uglegorsk, the recruits joined practically on the streets. So those units that fought in Uglegorsk were able to replenish their ranks with the Uglegorsk residents. So we enlisted more than 200 men within 24 hours.

You know, if you are able to hold a gun and you are ready to defend your country, then we have no limitations in this case. We have grandpas serving as snipers, and they shoot even better than youth. In order to force us to sign some ‘peace agreements’ on Minsk meetings, regarding the ‘ceasefire,’ they’ve intensified the shelling of the peaceful towns. They’re striking the residential quarters to terrorize the peaceful civilians…and they only achieve the effect that there are long queues of people to the military commissariats, people who want to enlist, to join and serve in the army–That’s what Ukraine achieves. They have it mirrored: their people are running from their mobilization offices, and our people join us.

Indeed, the government in Kiev is losing quite a bit of public support. This is bad news for the US and the EU. The vast majority of Ukraine’s industrial wealth is in the eastern part of the country. It is here that all the coal mines and metal working factories are located. If the US and the EU end up with nothing but the western part of the country, they will have gained nothing but an economic basket case for their trouble. And it looks like that’s the direction things are headed in now. 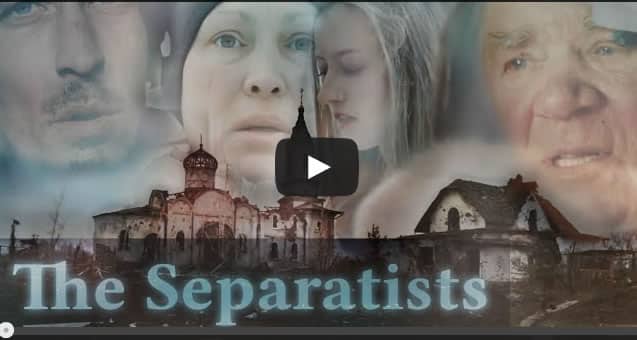 The video above offers us a very stirring look into the lives of the people of the Donbass, how they have been impacted by the war, and how they are responding to it–from school children all the way up to adults. The film features people from all walks of life, including interviews with academics, students, miners, artists, this as the camera takes us from bombed villages, to a training camp where new volunteers are taught how to fire rifles, to a university, to an opera stage in the city of Donetsk–as well as to the front lines of battle. Everyone shown in the film, young and old alike, exhibits resolve. As one man puts it, “People who are ready to fight gather here, the ones who defend their land.” Another says, “You see? They have awoken the Russian bear.”

And yet another says, “Who started it? Everyone knows who started this. How to put it better? Everything started by America’s hallooing. The same sh#t happened with Georgia, and now here in Ukraine.”

The government in Kiev has been unable to defeat the Donbass resistance, and now there are reports of large numbers of soldiers deserting as well as conscripts refusing to show up for duty. And on February 5, the Ukrainian parliament took the step of allowing Army commanders to shoot deserters, with 250 MPs (out of a total of 320) voting in favor of the measure.

Clearly the enterprise that began in November 2013 with Victoria Nuland handing out cookies in Maidan Square is now in danger of running off the tracks. Salvaging it will require some sort of action by the US. What that action may be, along with the risk it runs of a headlong confrontation with Russia, is analyzed in an article by Stephen Lendman, who believes Ukraine is a “hugely dangerous flashpoint,” and who is concerned particularly about a new Authorization for the Use of Military Force, or AUMF, now being considered by Congress. Supposedly the measure is aimed at ISIS, but the danger, says Lendman, is that Congress will make it open-ended enough for it to be applied to Ukraine as well.

Lendman also speculates on the possibility of a false flag event used to justify US or NATO intervention. There’s evidence to suggest that such an operation may have actually been planned, but possibly averted, through the capture and interrogation of an officer in a Kiev regiment.

What we have here are wars and rumors of wars and the beginning of birth pains. In the past several days the mainstream media have reached new levels of absurdity in their efforts at demonizing Vladimir Putin. On February 5 USA Today put out a story, picked up by much of the rest of the media, speculating on the possibility that the Russian president has Asperger’s syndrome.

The article cited a study conducted by a “Pentagon think tank” in which a researcher, described as an “expert in movement pattern analysis,” offers the opinion that Putin’s “neurological development was significantly interrupted in infancy,” resulting in Asperger’s, a form of autism.

The researcher is identified as Brenda Connors, of the US Naval War College, who alleges that Putin’s “primary form of compensation is extreme control and this is isomorphically reflected in his decision style and how he governs.”

Note the use of the polysyllabic “isomorphically” to give it a nice scientific ring. But in some quarters, the inanities go even farther. One day prior to the Aspergers article, the Fiscal Times published a piece by Rob Garver, who offers the view that Putin is deliberately plying the Russian people with “cheap vodka.”

“As the country’s economy continues to crumble, the Kremlin recently acted on a promise to cut taxes on the popular liquor, dropping the price as ordinary Russians watch the cost of virtually everything else soar,” states Garver.

“When there’s doubt, get your people soused,” reads a subhead near the top of the page.

But maybe there’s something here besides a display of puerile silliness. Robert Parry notes that from the very beginning of the crisis in Ukraine, the US and Russia have put forth almost completely opposing narratives on the situation. It is as if there are two different realities: reality A, and reality B, antinomical perspectives that have become locus communis, conventional wisdom in other words, but that actually amount to reversed images of each other. One reality of course is false, while the other is true. But their existence in contravention to each other could have disastrous, planetary consequences.

“This distorted American narrative has represented one of the most unprofessional and dangerous performances in the history of modern U.S. journalism, rivaling the false conventional wisdom about Iraq’s WMD except in this case the media propaganda is aimed at a country in Russia that really does have weapons of mass destruction,” Parry says.

One must ask the question: why is the organized crime cabal that runs the US deliberately provoking a confrontation with Russia–almost as if they are doing so deliberately? Is it because they feel they can win a nuclear war should it come to that? Are they confident that weapons such as the Aegis Missile Defense System will enable them to launch a nuclear first strike on Russia without having to worry about a counter strike in return?

Built by Lockheed-Martin, the Aegis system allows the US to detect, track, and theoretically simultaneously intercept one or more missiles of all ranges, including ICBMs. There are land-based components to the Aegis system, known as “Aegis Ashore,” as well as sea-based capabilities. As of December 2014, a total of 33 US ships, 16 in the Pacific fleet and 17 in the Atlantic fleet, were reportedly equipped with the system, each ship with its own track-and-destroy capability. Tests reported as successful were said to have been carried out in May and November of last year.

Does Russia possess the capability of circumventing the Aegis system? Perhaps more pertinently, might there be those within the US government who believe, either correctly or mistakenly, that Russia lacks such capabilities at the moment? A small shot glass of overconfidence in that regard, combined with a zealous belief that the US must strike before the “Russian aggressors” acquire the comparable technology, could lead to the nuclear decimation of one or both countries.

Of course this hasn’t deterred the New York Times and the Washington Post from supporting the calls for lethal weapons to be supplied to Kiev.

“President Vladimir Putin has sharply cranked up his direct support for the rebels in the provinces of Donetsk and Luhansk, while continuing to baldly deny it and to blame all the violence on the United States,” says the Times.

Chunks of dead meat tossed to the gullible masses.

Meanwhile, perhaps a little like vultures, a number of foreign, pro-Western “reformers,” including some Americans, have rapidly descended upon Ukraine, some of them taking positions in government:

Despite the illustrious array of talent (or perhaps because of it) Ukraine is starting to take on certain characteristics of a failed state.  The hryvnia, the country’s main unit of currency, has plunged approximately 50 percent in value in the past two days. In addition to a $17 million IMF bailout received last year, Jaresko is now saying the country needs about $15 billion in “additional, incremental” funding.

With the majority of the nation’s natural wealth in the eastern region, an economic recovery would appear less likely if the breakaway republics continue to go their separate ways–something which apparently cannot be tolerated. As the New York Times put it:

…if the evidence continues to accumulate that Mr. Putin and the rebels are carving out a permanent rebel-held enclave in eastern Ukraine, à la Transdniestria, Abkhazia or South Ossetia, he must know that the United States and Europe will be compelled to increase the cost.

As Jesus once said, “Wherever there is a carcass, there the vultures will gather.”

It is from a ringside seat that the people of Donbass now watch the vultures feast.