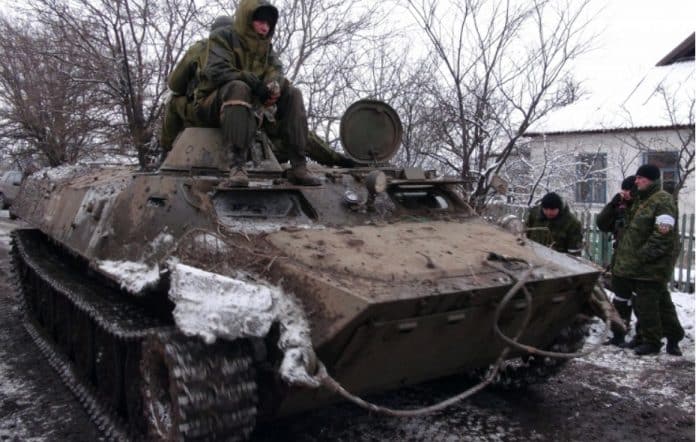 MOSCOW, February 11. /TASS/. More than 2,300 servicemen of the Ukrainian Armed Forces have died in the war-torn southeastern regions of the country over the past 25 days, Eduard Basurin, a deputy commander of the corps in the Defense Ministry of the self-proclaimed unrecognized Donetsk People’s Republic told a news briefing on Wednesday.

“Over the past 25 days that have elapsed since the resumption of hostilities, the Ukrainian Armed Forces have lost a helicopter, 179 tanks, 149 armored personnel carriers and/or infantry combat vehicles, 135 artillery guns, and more than 2,300 servicemen in killed,” he said.

Populated localities in the DPR underwent artillery shelling on the part of pro-Kiev troops on more than thirty occasions on Wednesday. In part, gunfire was targeted at Donetsk and its suburbs, as well as the townships of Peski, Vesyoloye and Spartak.

“All in all, some 172 people have been wounded over the past seven days and 114 of them are at hospitals,” Basurian said, adding that all these people were civilians.