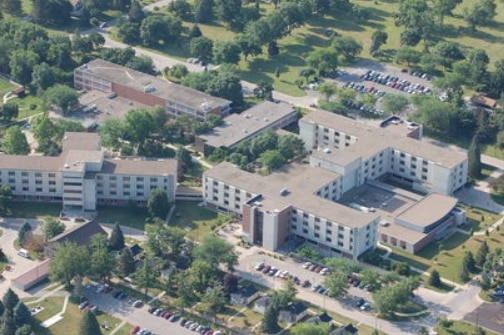 Iowa is not sensitive to the needs of veterans injured by Post Traumatic Stress Disorder (PTSD), Traumatic Brain Injury (TBI) or Military Sexual Trauma (MST).  An obscure section of the Code of Iowa mandates that veterans with these afflictions be “kicked to the curb.”

In fact, this law obligates the Commandant of the Iowa Veterans Home in Marshalltown to keep these veterans out:  “A person shall not be received or retained by the [Iowa Veterans Home] who has been diagnosed by a qualified mental health professional as acutely mentally ill and is considered dangerous to self or others, is an acute inebriate, or is addicted to drugs, and whose documented behavior is continuously disruptive to the operation of the facility.”

This law, and also federal funding guidelines, remove severe PTSD, TBI and MST sufferers from the Iowa Veterans Home. Those removed and denied are precisely those that need long term specialized psychiatric care. Instead, if they are lucky, they get drugs, which most resist because the drugs tend to be emotionally deadening.

The transition to drugs as therapy is driven by a dramatic downturn of psychiatric beds for veterans. The Knoxville Veterans Affairs Hospital that closed in 2010 had a psych wing of 60 beds. Since Branstad closed the 20 bed psych wing at the Iowa Veterans Home, only 10 dedicated psychiatric beds remain in Des Moines to serve the entire state population of veterans.

Even when veterans can be farmed out to private facilities for treatment, it’s difficult to find beds, and nearly impossible to find long-term care beds. A state the size of Iowa should have at least 1500 psychiatric beds for its needs. That number is now 750 and shrinking. Those 750 bed serve a severely mentally ill population of 180,000. Because most PTSD, TBI and MST maladies are specific to military service, finding a psychiatric specialist and long term residential psychiatric care is nearly impossible.

There are sad stories that come from this. The 2013 Iowa Senate hearings revealed that 42 veterans were evicted from the Iowa Veterans Home that were generally PTSD, TBI and Military Sexual Trauma sufferers. These were veterans requiring long term psychiatric care and life supervision due to their injuries. The change was supposedly because of a change in federal law that reduced funding for the category. Historically, Iowa handled this by attrition. New patients are not admitted, and those caught in change are allowed to stay. But in this case, all were released post-haste. Within two weeks, two of the former residents had committed suicide. In addition, a vet with MST placed on suicide Watch by the chief psychologist and recommended to stay in the psychiatric wing was released. She also subsequently committed suicide.

All states are charged by federal law to provide long term residential care for veterans that require it.  The Iowa Veterans Home and nursing homes generally are reimbursed at 70% federal-30% state under Title 19 if the veteran is qualified for long term care. But only the Iowa Veterans Home is reimbursed 100% if the veteran is both sufficiently disabled and also over 65. This creates a strong incentive to put older vets with a large disability at the front of the line. Well and good. But what about the younger veteran?

To qualify for 100% funding of long term care, a veteran must be awarded a 70% disability by the VA prior to admission. VA only recognized PTSD as an affliction in the early ‘90’s, and soldiers have only received post-deployment health reassessments since about 2009. But during and before this required assessment, the VA began awarding artificially low initial disability ratings because the application then goes to appeals and improves overall statistics. The 70% disability threshold may then come only after several years of appeals. During this appeal process, the veteran is left without the needed long term residential psychiatric care. And, the situation is worse for MST sufferers, who have been ignored for years.

The Veterans National Recovery Center has proposed legislation to fix this problem at the Iowa Veterans Home in Marshalltown.  Please talk with your legislator about it.