Home WarZone ISIS in a World of Liars (videos) 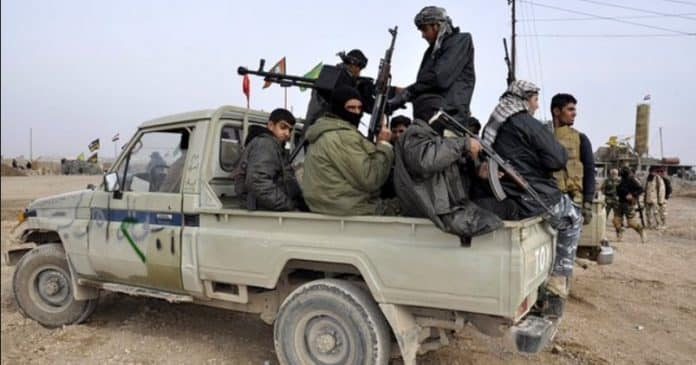 Editor’s note: The videos are key in understanding what has and hasn’t been said.  The failure by many to simply pay attention has been our downfall.  We let liars and cheats interpret and twist what we are too lazy to listen to.  That has to change.

Today Netanyahu is before congress, lying.  He lied in 2002 about Iraq’s nuclear program and he lying now, according to his own intelligence agencies, according to the IAEA, the CIA and everyone else.  Netanyahu is a liar but hardly the only one.

Yesterday, Press TV in Iran published an article about a recent talk by General Allen, the US coordinator for the war on ISIS.  Press TV quoted him as saying the US planned no fly zones over Syria and was planning to arm “moderate opposition” against Assad and to supply air power in support of their war on Damascus.

Press TV lied, they made it all up, not for the first time.  It wasn’t just another of their recent hoax headlines or their Zionist inspired viewpoints supporting Netanyahu against Obama and, in doing so, perhaps helping Iran play the victim.

Or is it something worse?  Are there divides in Iran as there are inside Syria and Iraq?

What we are learning is this:  The army the United States spent 25 or 26 billion dollars training, that plus a missing 1-2 trillion dollars in graft along (in addition to the missing trillions prior to 9/11(with missing containers of real and counterfeit American currency), that army, that Sunni led army, that Takfiri -Wahabist army, what of it exists, is largely in Anbar Province and Mosul, riding around in vehicles.

They are ISIS, the core of ISIS.  Others are Jihadists trained by the CIA in Jordan or thousands more transported through Israel and Turkey, supplied there, given state of the art weaponry that the US says they plan to give their new “opposing force” to be trained in Turkey.

What the US hasn’t said and where Press TV lied, is that this force will be used against Damascus or that those operations would have US air support.  Press TV made that up.  Why did they do it?  This is no innocent lie, not when timed to Netanyahu’s speech in Washington.

This kind of bad faith, we may well call it fraud or treachery, discredits Iran and shows them to be an unreliable bargaining partner to a nuclear agreement, one that is tearing the United States apart. This is sabotage.

What we do have and what General Allen makes clear to a large extent is a Sunni Iraq nobody is willing to talk about.  When Petraeus was tasked by Bush and Cheney to stabilize Iraq, he was asked to do a “dark and dirty.”

What Petraeus did was fund the re-emergence of the Baathists, Saddam’s Sunni extremists, pay off the militias that had been fighting the US for years, and build what has turned out now to be the real core of ISIS strength.

The Sunni tribal groups spreading from Anbar to Tikrit with the core of the old Revolutionary Guard of Saddam, aided by western intelligence agencies, floods of Saudi money and an endless stream of foreign fighters, fuel and weapons from Israel, transiting Jordan with full approval of the King, trucked in through Turkey, this is what has now gotten out of hand.

This is what Netanyahu opened the door to in 2002, he and his monkeyboy Bush.  Why do so many pro-Israel retired military or sitting politicians travel illegally into Syria to be photographed with Al Qaeda/ISIS/Al Nusra killers?  Is this what is needed to get a paycheck from Sheldon Adelson?

Then again, what drives Press TV?  We know why Netanyahu lies. View the entire Atlantic Council video below: