__
“Say what you mean and mean what you say” — General George S. Patton

There was no coup or revolution in the Ukraine. It was an invasion and it is still going on. You have an opponent “on the run” when you get them to accept your narrative.

The term, roughly translated as Revolution of Dignity, was cooked up at the Jamestown Foundation in Washington, well in advance of Victoria Nuland’s assumption of the throne as de facto “Queen of the Ukraine,” lording over her subjects, playing the role of “donut dollie.”

The roots of the conflict in the Ukraine with thousands dead and the threat of, minimally, a wider regional conflict, are attributable to extremist elements in the United States — those faces and voices seen and heard promoting the invasion of Afghanistan and Iraq, the supporters of ISIS/Al Qaeda in Syria — and the cheerleaders of the continued genocide against the Palestinian people.

Half of any war is the war of words — words kill more, in the end, than any weapon.

The current battle in the Ukraine, coup within coup, counter-coup or civil war, all words, got out of hand long ago. Over the past days, the “narrative” used by the West has failed; the Kiev “government” is no government, only warring factions, “toadies” of a broader and clearly quite international conspiracy.

Let’s examine where it went wrong. In February 2014, ultra-nationalists including NATO security services, Polish special forces, Israeli commandos and extremist elements within Ukraine moved against the elected pro-Russian government, one that had obtained huge subsidies to help keep the Ukrainian economy afloat.

Enough documents have been released — citing coup-backed snipers killing dozens of protesters, US embassy officials planning false flag attacks, extremists downing a passenger airliner and NATO peddling falsified intelligence — to make it very clear that the “coup” is more of an invasion than anything else.

The issue of “containing” or surrounding Russia has been at the head of Western policy since the announcement of the Truman Doctrine in 1947. Expansionist moves by NATO are only a continuation of those policies. That they are visibly coordinated with “Islamist” wars in the Middle East and Africa is more than anecdotal.

NATO simply moved into the Ukraine under the cover of a political upheaval — one NATO itself orchestrated and one backed by broad criminal elements, many of which are also involved in backing Al Qaeda and ISIS.

Among these are think tanks, public relations agencies, financial institutions, oil and armaments interests, which by current definition can be referred to as “the usual suspects”.

Documenting this last statement is relatively easy: tracing shiploads of specially modified trucks, some bought by Saudi Royals, armed in Israel, shipped by train through Jordan, funded by stolen Syrian antiquities and stolen oil — even entire factories stolen from Syria and trucked into Turkey, run there with profits shared by ISIS.

This is what General Wesley Clark, former NATO commander was talking about when he cited NATO’s role in creating ISIS, in a TV interview last week.

What is the real situation on the ground? Is the conflict in the Ukraine an invasion or a coup? First we must consider international law. As the “takeover” never consolidated power, it must be considered, coup or invasion, an ongoing operation.

The idea that a “coup” that fails to gain political control of merely one region of a nation and then holds an election — in that one region only, within one ethnic group, possibly a minority group, as the language using of Ukrainians has long been a subject of debate — is absurd.

The idea that a junta in Kiev could hold an election there without participation in Eastern Ukraine, and claim to be a “republic” is not only a violation of the Geneva Convention, but third-rate political spin as well.

Widespread and large-scale armed resistance by a substantial percentage of the population of the Ukraine now long subjected to indiscriminate attack by heavy artillery, with thousands dead, more than negates any claim of political legitimacy.

It could and perhaps should be asserted that the Eastern regions are “loyalist” and are resisting an ongoing coup attempt. All is semantics. Then again, NATO’s discussions of arming the Kiev junta, in order to aid a “coup” in consolidating power, steps well over the line.

Geneva Convention – What does it mean? 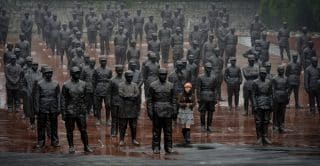 Even such a suggestion by NATO constitutes a violation of the Geneva Conventions and is, by definition, clearly “aggressive war” through implication alone.

The presence of mercenary troops, “military contractors,” though an issue not considered when the Geneva Conventions were penned, would under any reasonable standard be considered an invading force. From the Webster Dictionary:

Full Definition of COUP D’ÉTAT:  a sudden decisive exercise of force in politics; especially :  the violent overthrow or alteration of an existing government by a small group

Let’s now look at the definition of a “revolution,” according to Webster:

a :  a sudden, radical, or complete change

b :  a fundamental change in political organization; especially :  the overthrow or renunciation of one government or ruler and the substitution of another by the governed 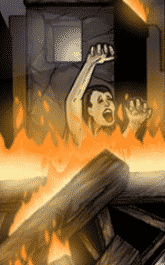 We flunk on the “a” definition as there is no “complete change.” A stalled or failing “or incomplete “change” leads us to an applicable definition under international law that, with that “other definition” also implies mandatory prosecution.

Let’s now look at a definition of “aggressive war.” This is a place we get a lot of “weaseling around.” This is the applicable language from the Geneva Convention:

“Provision of support to armed bands formed in its territory which have invaded the territory of another State, or refusal, notwithstanding the request of the invaded State, to take, in its own territory, all the measures in its power to deprive those bands of all assistance or protection.”

This would mean that any support from outside the Ukraine for the Kiev junta from the outset in February 2014 through the present day is support of an “armed band.” That the “armed band” may be a militia or claim to be the Ukrainian Army is not germane. Let’s see if we can get closer to something understandable. We will take a look at the Nuremberg Principles from 1945.

In 1950, the Nuremberg Tribunal defined Crimes against Peace, in Principle VI, specifically Principle VI(a), submitted to the United Nations General Assembly, as:

(i) Planning, preparation, initiation or waging of a war of aggression or a war in violation of international treaties, agreements or assurances;

(ii) Participation in a common plan or conspiracy for the accomplishment of any of the acts mentioned under (i).

By this standard, if one could establish evidence of a conspiracy beforehand, perhaps on the part of NATO or the United States unilaterally, or even Poland — let’s say training camps set up there to prepare for a coup or revolution of invasion, you choose what you wish to call it — any evidence, even one instance, is all that is needed to meet the burden of proof as established at Nuremberg.

I don’t think anyone would have much difficulty in finding proof for (ii), a “common plan or conspiracy.” This one is pretty much a “slam dunk.”

From the standpoint of international law, prior to the conventions cited above, the adage of “might makes right” was all that was required. Thus, were one nation able to invade and incorporate another and then successfully defend such acts, there was no redress other than more of the same in converse.

If anything, the conflict in the Ukraine presents legal challenges because it is ongoing and the supposed victors – be they coup plotters or surrogates for NATO aggression – seem to be losing.

The semantics of psychological warfare are vital, if ascribing blame or controlling narrative can influence an outcome. What is certain is this: the “spin” prevents any application of statute or treaty, and thus turns the clock back to the era of “might makes right”. Even the most doltish are taking note of this.___

Gordon Duff is a Marine combat veteran of the Vietnam War who has worked on veterans and POW issues for decades and consulted with governments challenged by security issues. He’s a senior editor and chairman of the board of Veterans Today, especially for the online magazine “New Eastern Outlook”.