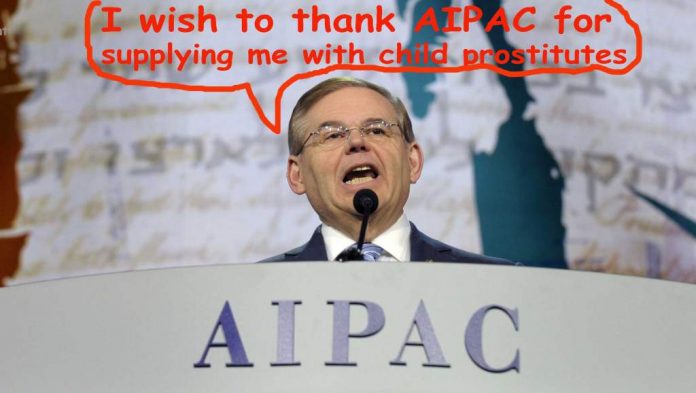 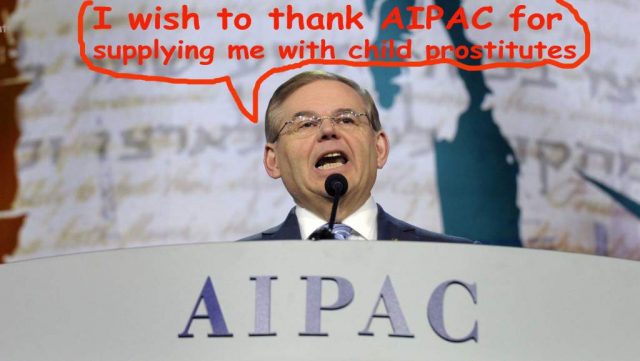 (Editor’s note:  Jeb and Menendez
Outgoing Attorney General Eric Holder just announced the indictment of Senator Bob Menendez. Few understand what this implies and how Menendez is tied, not only to Medicare fraud but the 9/11 cover-up, and congressional pedophile ring and ties Jeb Bush to a list of crimes as long as your arm.
This week, Senator Bob Menendez of New Jersey is facing indictment for a number of crimes tied to his involvement with his lifelong friend, Dr. Solomon Melgen. Both are accused pedophiles. Melgen is supposedly a Medicare cheat and Menendez is said to have interfered with investigations against Melgen for this and tax evasion. This is a childish facade. Holder is really after Jeb Bush.

Melgen along with former cocaine cartel head, Hank Asher, founded Seisent, the company that developed the Matrix software that helped the government find all the wrong perpetrators when solving the riddle of 9/11. It gets better.
Asher’s, the infamous druglord, now dead, was the best friend of Florida Governor and presidential candidate Jeb Bush.
Melgen and Asher, devoted members of the Anti-Defamation League, AIPAC and the Simon Wiesenthal Center, founded Seisant, now owned by Lexus Nexus, a company that provides database services for not only the FBI but police around the nation, services used primarily to track pedophiles.
That Melgen, Asher and silent partner Bush ran a pedophile blackmail ring is only a curious coincidence.)

“Charging a man with murder in Vietnam was like handing out speeding tickets in the Indy 500.”

That famous line from Francis Ford Coppola’s film Apocalypse Now sums up the pervasive criminality of the US military in Vietnam, which murdered more than three million people, many in massacres like the famous one at My Lai. (The US invasions of Iraq and Afghanistan weren’t much different.)

Charging a US Senator or Representative with corruption is likewise like handing out speeding tickets at an auto racetrack. The whole system runs on legalized bribery, euphemistically known as “campaign contributions.”

But even in the road race of Congressional corruption, sometimes one contestant manages to distinguish himself by flagrantly transgressing the flimsy limits set by lame laws  – rather as Lt. William Calley and his men managed to distinguish themselves at My Lai. Such a man is the Senator from New Jersey (sometimes called “the Senator from Tel Aviv”), Robert Menendez.

According to the Los Angeles Times, the Justice Department will file criminal charges against Menendez for failing to report gifts and junkets lavished on him by a certain Dr. Salomon Melgen, an extremely wealthy Florida ophthalmologist with a reputation for connections to dubious characters of Cuban and Israeli ethnicity. The LA Times story does not look very deeply into Melgen’s background, nor into the background of the alleged Cuban-Israeli crime ring that may have been giving Menendez a whole lot more than the lavish gifts and free rides on private jets mentioned in the article.

To get a sense of what is really involved, consider the LA Times description of how Sen. Menendez used his Foreign Relations Committee post to help Melgen’s suspicious “business interests.” According to the Times, Menendez pressured the Dominican Republic to allow Melgen’s “security firm” to take over security – meaning drug screening – at Dominican cargo ports.

Menendez claims he was “only interested in stopping drug shipping in the Caribbean.” If you crossed out the word “stopping” and wrote in “facilitating” you would probably have a more accurate sentence.

Consider another very revealing sentence in the LA Times story:

“Menendez also faced reports that he and Melgen consorted with prostitutes in the Dominican Republic, some of them underage, but those reports were later discredited.”

The part about the reports having been discredited is what is known in the journalism business as an “obligatory disclaimer,” which functions in rather the same way as a “non-denial denial.” What it means is: “Menendez was nailed for consorting with child prostitutes, but if we open that can of worms, we will step on the toes of too many powerful people, so let’s just call it a ‘rumor’ and leave it at that.”

If any of my readers are new to this unpleasant but important topic, I urge them to watch the documentary “Conspiracy of Silence” on youtube.

They should also read Nick Bryant’s book The Franklin Scandal, which details how top American officials are routinely blackmailed for pedophilia by intelligence agencies and their organized crime partners, who set them up with children, film them, and subsequently “own” them for life.

The Cuban-Israeli cartel that apparently owns Sen. Menendez has its tentacles deep in the American political class. According to a series of investigative reports by Veterans Today, including my own article “LA Times: Romney’s a Drug Money Launderer,” 2012 presidential candidate Mitt Romney has been involved with the same cartel.

It is abundantly clear that Romney’s firm Bain Capital was only able to average a 173% return over a decade due to criminal activity. Even Ponzi schemes like Bernie Madoff’s cannot come close to that rate of return. As the LA Times articles suggested, and Veterans Today sources confirmed, Romney made his ludicrous 173%-per-year profits by laundering drug money through Panamanian corporations.

Romney’s amazing enterprise, and those associated with Menendez, appear to be linked to the same organized crime outfit – whose ultimate base of operations is the state of Israel and its worldwide network of assets. (Since those assets include most of the Western mainstream media, you won’t be reading the gory details in the corporate newspapers any time soon.)

How can you tell which members of Congress are “owned” by these organized crime elements? Simple: They are the ones who showed up for Netanyahu’s speech. The louder they cheered, the more Israeli-supplied cocaine-fueled junkets and child sex slaves they have presumably enjoyed.

US Congressmen cheered for their real boss, Netanyahu, in the same way workers cheer for their boss at a workplace pep talk. They are all on the Israeli payroll, one way or another.

The impending arrest of Sen. Menendez may represent an attempt to rein in an obscenely corrupt Congress, which has abjured its loyalty to the Constitution and the Commander-in-Chief of the United States of America by demonstrating obsequious obedience to crime boss Netanyahu, the leader of a covertly hostile foreign state.

Will the forces of sanity in the Justice Department and Obama Administration, assuming they exist, expose the whole stinking morass of corruption enveloping Washington, DC? Will they try to take down the global crime syndicate whose front man is Benjamin “Bibi” Netanyahu?

Don’t bet on it. Look what happened to the Kennedy brothers when they tried. As Obama himself has reputedly stated, “I don’t want to end up like JFK.”

Instead, expect them to go after Menendez in hopes of setting an example to other Congressional Democrats: If you choose to betray your country and your Commander-in-Chief by pledging fealty to Bibi Netanyahu, you may end up paying a price. It’s a relatively mild form of discipline; and though it may cause some Congress-traitors to exercise a bit more care in the way they take bribes, the prosecution of Menendez is unlikely to drain the stinking swamp of corruption into which Washington, DC is slowly sinking.