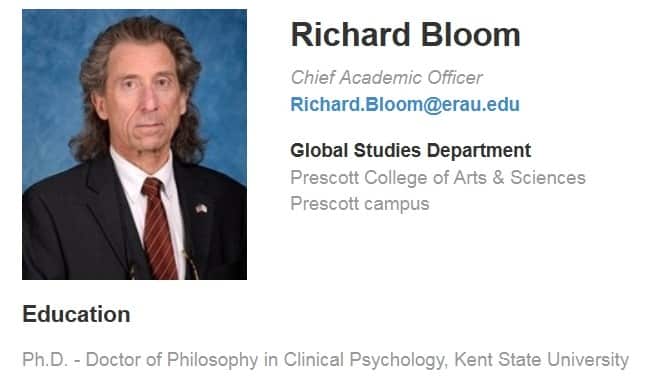 [ Editor’s Note: VT once again helped a major internet platform by debunking a carefully selected disinformation operation — a ballsy one that used the head person of the Sukhoi design group as an “irrefutable  source” to keep the phony BUK missile shoot-down theory alive.

But there was just one problem with his story. He lied. VT had debunked this back in the summer, when we found published pilot manuals having the flight ceiling numbers changed shortly after the event to eliminate the SU-25 as the potential perpetrator. That is a slam dunk proof of a cover up.

RT was able to quickly verify Gordon’s technical ceiling claims, simply by talking to some pilots who verified them 100%. But RT had no need to check when you have one of the chiefs of the SU designers as your primary source.

We are seeing this over and over, even on the major country online forums — where they are being fed a bogus story via a credible source, which no one feels the need to check. Sometimes, these are the particular country’s Intel service doing it as part of an operation they are running. The CIA has done this here for decades.

But lesser known is that foreign Intel agencies also use their “expert assets” as bogus story conveyor belts. The most common method is using groomed think-tank shills; but sometimes they use people with no credentials at all, which Gordon shows you below what less than five minutes of background checking can turn up.

We do this routinely on people we don’t know, because if you don’t, you get nailed all the time. Yet we are surprised to see almost no one else, even those platforms with big budgets doing background checks on the stories. And it is not unusual to find, when trying to point their goofs out to them, that they don’t want to know.

RT – to their credit – ran a major follow up story with Gordon’s material, which is a blockbuster for them today. We would do the same thing if someone got over on us as sometimes they do… just do a follow up story on how we found out; live and learn… and try to be more careful next time.

This is how you maintain your credibility. And you don’t have to be perfect to do that; just be consistent in letting your audience know that you don’t roll over as the easy way out. When you roll over, you turn a little mistake into a bigger one, a brain dead stupid thing to do… Jim D. Dean ]

Electronic countermeasure pods are no longer reliable source of information, so anyone who says the radar has identified a SU-25 aircraft in the MH17 tragedy is trying to mislead people, Gordon Duff, senior editor of VT newspaper, told RT.

RT: Though the preliminary results of the investigation into the crash of Malaysian Airlines flight MH17 over Ukraine won’t be known until July new theories of what happened appear every day. One claim is that the Boeing was brought down by an SU-25 fighter jet. But its chief designer has now told German media that’s impossible, because it can’t fly high enough. What do you make of that?

Gordon Duff: The claim that it was an SU-25 is unsupportable. Since 2010, NATO has begun using electronic countermeasure pods. They are designed by Raytheon and BAE Systems. When attached to an aircraft, an SU-27, an SU-29 maybe even an F-15, these allow the backscattering – that is when you use radar, and this is what was said the radar identified as two SU-25 aircraft.

Well these pods that attach to any plane can make a plane look like an SU-25 when it’s not an SU-25 or a flock of birds or anything else. It’s a new version of poor man’s stealth…It’s called radar spoofing, so with radar spoofing anyone who says they have identified an aircraft by radar is trying to mislead people because that’s no longer a reliable way of dealing with things.

If I could go on with the SU-25, the claimed service ceiling is based on the oxygen’s supply in the aircraft. Now there is a claim that this plane will only work to 22,000 feet. At the end of the WWII a German ME-262 would fly at 40,000 feet. A P-51 Mustang propeller plane flew at 44,000 feet. The SU-25 was developed as an analogue of the A-10 Thunderbolt, an American attack plane. The planes have almost identical performance except that the SU-25 is faster and more powerful.

Could SU-25 fighter jet down a Boeing? Former pilots speak out on MH17 claims

RT: Do you agree with the statement that “many more factors indicate that the Boeing 777 was hit by a ground-to-air missile that was launched from a Buk missile system”? How much technical expertise would it take to fire a Buk launcher?

GD: We’ve looked at this. I had an investigating team, examiners, which included aircraft investigation experts from the US including from the FAA, the FBI and from the Air Line Pilots Association. I also had one of our air traffic and air operational officers…with the Central Intelligence Agency look at this. And one of the things we settled is that in the middle of the day if this were a Buk missile the contrail would have been seen for 50 miles. The contrail itself would have been photographed by thousands of people; it would have been on Instagram, Twitter, all over YouTube. And no one saw it.

You can’t fire a missile and on a flat area in a middle of the day leaving a smoke trail into the air and having everyone not see it. There is no reliable information supporting that it was a Buk missile fired by anyone. And then additionally we have a limited amount of information that NATO and the Dutch investigators have released, forensic information, and that is contradicted by other experts that have looked at things.

We don’t have reliable information to deal with but the least possible thing, the one thing we can write off immediately – it wasn’t a ground-to-air missile because you simply can’t fire a missile in the middle of the day without thousands and thousands of people seeing it and filming it with camera phones.

However Dr. Richard W. Bloom, director of Terrorism, Intelligence, and Security Studies at Embry-Riddle Aeronautical University in Prescott, Arizona, suggests quite the contrary. In his opinion with the facts we already have on MH17 one would quickly come up to the conclusion that it was a surface-to-air missile responsible for the crash and the only question might be who exactly was involved in launching the missile.

Editor’s note:  Bloom is rated “poor” by most students at Rating my Profs.  Additionally, Israeli Bloom is a psychologist with no military, intelligence, engineering or aeronautics experience. (link) 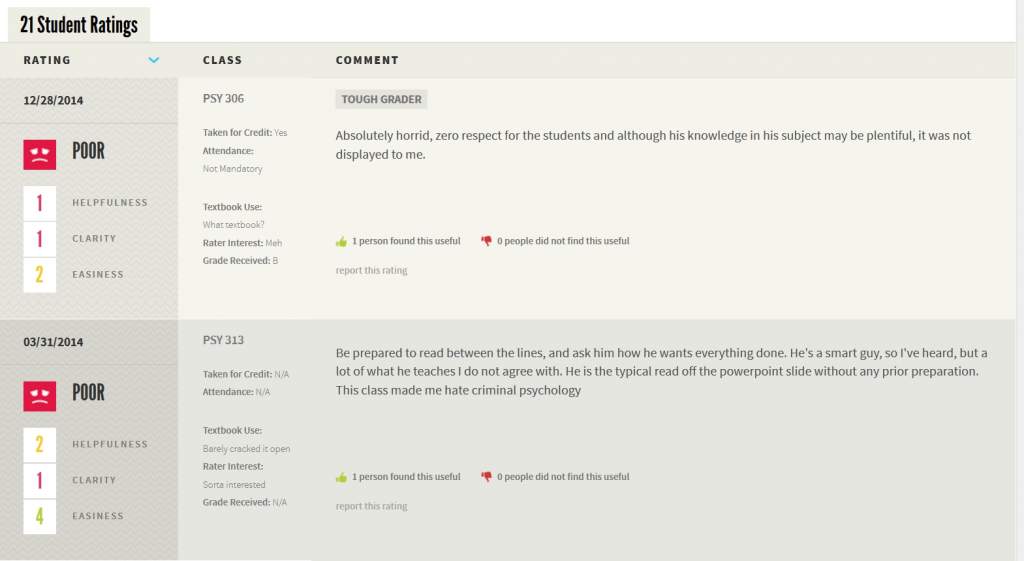 RT: New theories about what happened to MH17 plane keep appearing though the results of the investigation into its crash won’t be known until July, why is it so?

Richard W. Bloom:…Virtually all security experts and aviation security experts believe a surface-to-air missile was responsible for the explosion of MH17. But we live in a world of globalization where because of telecommunications just about anybody can advance a story, transmit a story, keep a story going and we are getting to a point where even if you have a random sample of people and you ask them a question at 12 noon whether the sun was up or not some would say yes and some would say no. But more specifically to the aircraft that you mentioned, usually it’s used in an attack mode and both because of its terminal altitude it can usually operate in and because of the kinds of weapons that it usually carries, it’s really beyond a remote possibility. It’s very unlikely that it has anything to do with what happened with MH17.

RT: So why does controversy still take place? Why there is still no clear answer to what happened?

RB: If it were purely an issue of safety I think we would have a report, there would be little story to communicate or transmit to people. But because there are security implications, it happened in the area that was a de-facto war zone and many different people have political and military purposes in getting people to believe that there is still controversy about what happened, I think it has a lot to do with the fact that the story is still not going to be put to bed, that people are still advancing different points of view.

Again among the aviation security experts there is really little to argue about and briefly I’d like to point out that at the University I work at it, Embry-Riddle Aeronautical University, we actually train our students for security and safety investigations and we would feed them information about the situation, they would have to come up to a conclusion. I think with the facts we already have on MH17 they would quickly come up to a conclusion that it was surface-to-air missile and the only question might be the specific individuals involved in launching the missile.

RT: Most Western media assumed from the outset that the anti-government fighters were responsible. Why is that, considering that the official investigation is still underway?

RB: Quite frankly throughout history there is a term I’d like to use and it has great implications and bad implications. And the term is propaganda. Throughout history people have a vested interest in getting others to believe one version of a story as opposed to another version regardless of the facts at hand, or the facts at hand can be manipulated or exploited or distorted in some fashion. Especially when we are dealing with security issues in a de-facto war zone and advance what is going on from a political and a military point of view today for example in Ukraine, it’s very understandable why there are still different versions of the story.

The statements, views and opinions expressed in this column are solely those of the author and do not necessarily represent those of RT.