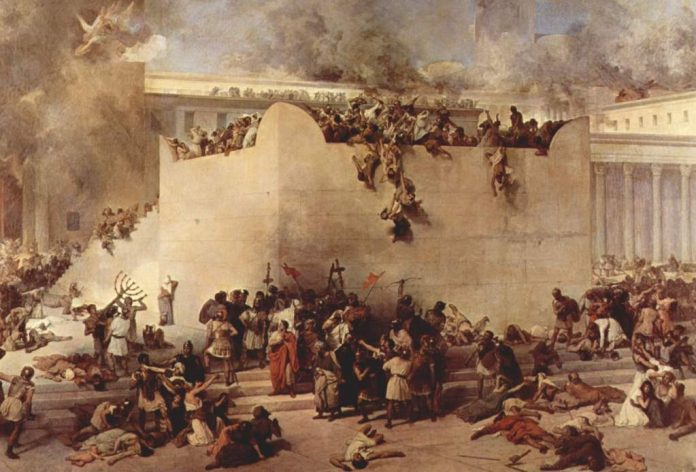 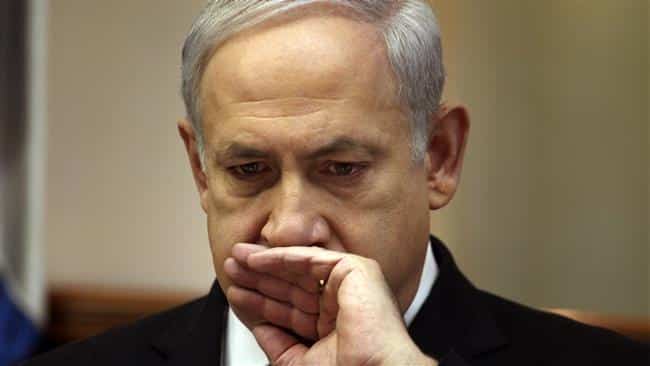 Bibi just upped the Labor turn out to 99% with that stupid ploy. Plus having ex-Mossad chief bash him in front of the 50,000 crowd below for his irresponsible Congress speech made sure that Israelis know Likud have lost their confidence.

But we will have to see if we Americans have the spunk to overthrow the NeoCon hoodlums who have been worse than the Dems in general for their knee pad subservience to the Israeli Lobby. We need to bury with phone calls the 47 who signed the “we will kill the Iran nuke deal when we take power” letter.

As Gordon has detailed in his writing and VT Radio this week, that breached their oath of office by attacking the Consitution for a purely partisan objective…to buy Israel Lobby support for the 2016 presidential elections.

These Republican Senators demonstrated they will even trash our Constitution to serve the Zionist regime. We need to make them pay a huge political price for this… Jim W. Dean ]

A poll released by the Yediot Aharonot newspaper on Friday showed that the Zionist Union coalition, an alliance of the Labor party, led by Isaac Herzog, and former Minister for Foreign Affairs Tzipi Livni’s Hatnua party, would win 26 of the 120 parliament seats.

The ruling party is expected to win 22 seats, while The Joint List, a newly formed Arab alliance, would come in third place, winning 13 seats, according to the poll.

The newspaper added that the poll had a margin of error of 2.5 percentage points.

Another poll, which was jointly published by the Jerusalem Post and Maariv, showed a four-seat difference between the two leading parties, with the Zionist Union gaining 25 seats and Likud 21.

The survey also showed The Joint List would win 13 seats. The polls come as Israelis prepare to take part in parliamentary elections on March 17.

On March 12, Netanyahu acknowledged that his right-wing Likud party was at risk of losing in the vote.

Last week, tens of thousands of people took to the streets of Tel Aviv to voice their anger at Netanyahu’s policies, calling on him to step down ahead of the parliamentary elections.

He has been under pressure lately facing growing criticism for his handling of domestic politics and also a controversial anti-Iran speech he made at the US Congress on March 3.

During his speech, Netanyahu warned Washington against negotiating “a very bad deal” with Iran over its nuclear energy program.

US President Barack Obama later said there was “nothing new” in Netanyahu’s speech.