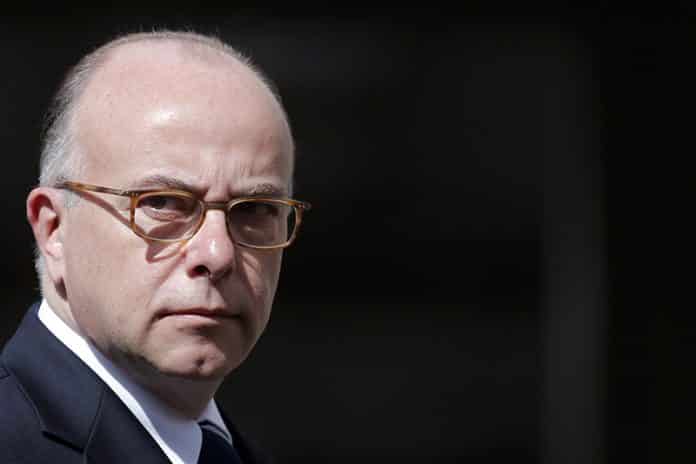 (Editor’s note:  What is inescapable is this:  The French Interior Ministry wants us to believe the chief investigator on the “Charlie” fiasco killed himself after being overwhelmed with evidence he was dealing with a badly bungled false flag theatrical attack?)

INFO PANAMZA. Two months after the discovery of the body of Helric Fredou, Police Commissioner, no one has prepared a report for the family.  Fredou was found dead with a bullet in the head a few hours after the attack, his family has still not received the condolences of the Interior Minister.

It was not only his superior: Bernard Cazeneuve was a familiar knowledge of Helric Fredou. However, two months after the announcement of the “suicide” of the latter, the Interior Minister has sent no message of condolence to his family. 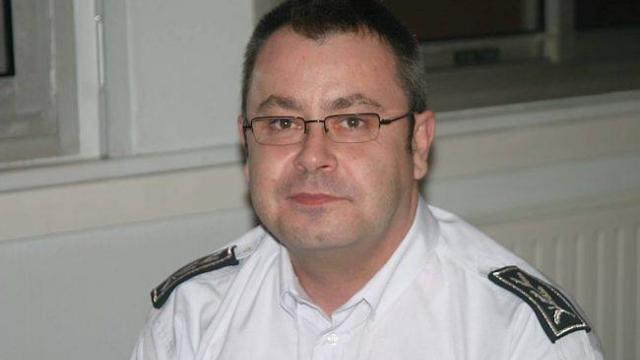 Remember: January 16, Panamza published the testimony of the police officer’s sister Helric Fredou about the troubling circumstances of death (no suicide note, no medically certified prior depression, seizure of his computer equipment and its smartphones, ” friction “with colleagues from Limoges about an important” phone call “-according to be himself immediately past came lendemain- -From the Parisian police executives to certify the suicide).

Nine days later, it was the turn of his mother to issue its damning information :

* The shot would not have been heard by his colleagues when he happened-without the use of a silencer- around 1am.

* The bullet was found inside the skull after piercing the front.

* The doctor’s inability to validate any record of stress, depression or other problems

* Police covering up records of a phone call immediately prior to the shooting, a call suspected to blow open the false flag terror attack cover story

*  “four police directors” were sent from Paris to bully the mother that this was a suicide.

Recall. His son was to prepare a survey report on the protection of the parents of a unique personality : Jeannette Bougrab, Legal Council of State, UMP activist, former member of the Fillon government and alleged girlfriend of murdered director Charlie Weekly.

On 5 February , Panamza also contacted the Parliamentary Assistant (based in London) Christophe Premat, socialist deputy of French abroad. He had arrested a week earlier and in writing, the Minister of the Interior about the “exact circumstances of the death of the policeman Helric Fredou” . According to the collaborator Premat, the official answer is “a priori” expected “within three months at most” (on 27 April at the latest).

Two months after the mysterious death of Helric Fredou, occurred on the night of January 8, omerta political media remains. Bernard Cazeneuve , Minister of the Interior who maintained -according to the mother of Helric Fredou- excellent reports with his deceased son, has not sent his condolences to the family by -recontactée Panamza. An amazing attitude: from 2010 to 2012, the two men were working together on Cherbourg Yet, one as deputy mayor of the city, the other in his capacity as chief commissioner .

Panamza continue its investigation of the Charlie Hebdo affair and on the exact nature of this code of silence surrounding -between Limoges and Paris’s death Helric Fredou.

New developments will also be discussed about a particularly opaque sequence drain terrorists: that relating to developments on the Boulevard Richard-Lenoir. By mid-January of unpublished testimonies are (but contradictory to each other) were gradually collected by Panamza the 58-64 axis of the artery. Since a building’s window at number 62, a problematic video was captured: the fatal altercation between terrorists and police officer Ahmed Merabet. (The infamous staged video with no blood, no real bullets and muzzle blasts poorly timed to victim “reactions”) The author -relayées images immediately on its own account that Facebook- marked the spirits: a fifties Catalan – called Jordi Mir – which comes as a engineer – consultant and founder of a podcasting site (among others ). 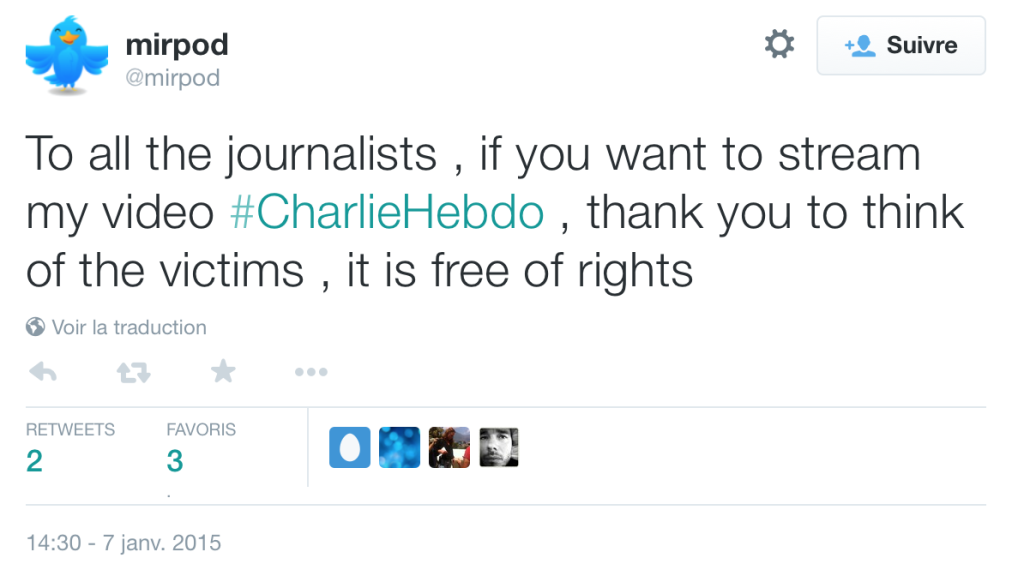 Curiously, it does -which gave one interview to the media (in this case, the Associated Press ) – had “blocked” Panamza on Twitter in the days leading up to a recent interview request ( via Facebook) in good standing.