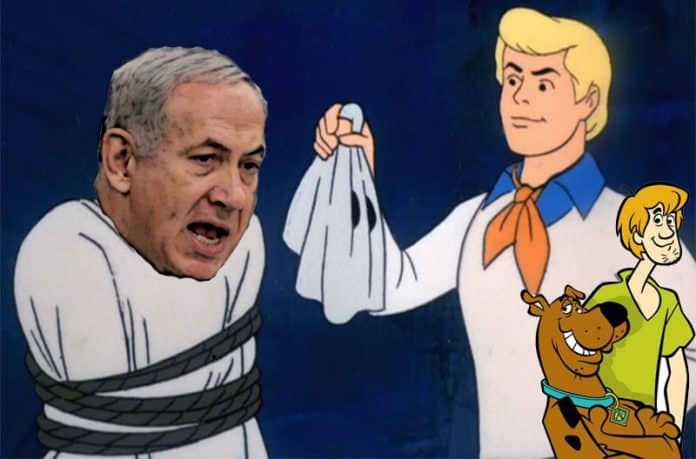 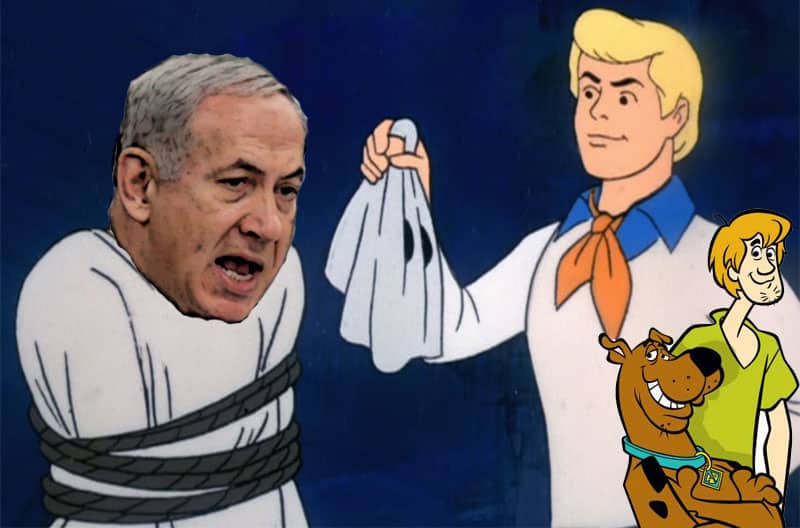 An Open Sincere Thank You Letter to Bibi Netanyahu

Thank you Mr. Benjamin Netanyahu for publicly declaring Israel is a confirmed racist apartheid state. You’ve made everything so much easier for everyone!

Thank you for calling over 1.7 million of your Israeli citizens who are NON-Jewish traitors (over 20% of population) and labeling them a danger to your version of a racist fascist Jewish only democracy.

Thank you for declaring publicly that you will never allow a Palestinian state. And thank you for stating publicly that you intentionally created settlements to obstruct and insure that no Palestinian state could ever exist over the past 9 years as you pretended and duped the global community with fake rhetoric and phony red herring meetings for peace so that you can, with great impunity, deploy your real master plan for evil conquest.

And thank you for honestly removing your SCOOBY DOO MASK revealing the ugly truth that you and the few million hard right Israelis who stood with you are proud racists and bigots without apology.  It’s rare we get such a public contemptuous admission from any regular individual let alone an elected leader.  Wow!  Just Wow!  I like you bro!  You are something rare in this world!

No No No Mr. Netanyahu, you are now a historic figure standing so far above the rest in our modern era that the only person that you may be unable to touch now is Adolf Hitler; not yet anyway!  Got Nukes Bibi?

And a huge thank you for being honest with us because we all now know where you stand without question.  There are no more questions, no more maybes, no more well it could be, might be, can be…..Your truth to us makes things so much easier.

I mean so many had hoped your vile racism, vicious bigotry, and acidic contempt was NOT true.  Some people in really high places really believed you when you stood there and lied to their faces about your intentions for peace with the indigenous peoples. They really wanted to believe.

Alas, like all good intentioned people who face the wrath of the CON JOB, they were just projecting their human values on a sociopath maniac like you who clearly does NOT share anything remotely resembling such good caring human values.

But you knew that didn’t you?  Otherwise you would NOT have used them like a 5 Shekel Arab Dog Hooker on Tel-Aviv Street for so many of those lovely years right Bibi?

But now, there is NO pretend anymore. There is NO hiding.

Because now leaders in the European capitals who once gave you a pass in hopes that you could be someone that they can deal with are now gone!  Finito!  Caput!  They can now deal with you straight as what you are and not what they hoped you would be.  It’s as plain as day!  Thank You!

And as for your beloved Christian Right Wing in the United States of America that has funded your adventures looking the other way because you were going to deliver them Jesus?

Well well well!  They can now decide clearly with great pride to either continue to side with your Apartheid, Arab Jim Crow Nuremberg Laws, KKK style fascist democracy, and public oppression married with murder, torture and abuse of the innocent indigenous peoples who have been screaming all along that you are exactly who they said you were while we, in the conned community, sadly and frankly embarrassingly did not believe them!  Thank You Jesus!

Thanks to you Mr. Netanyahu because now the world has the clearest of clear pictures on where you stand. There is simply no longer any doubt!  It’s so clear we can see forever in your eyes!  Now we can all decide if we, the world, want to stand with your racist bigoted murderous bloody ideology of apartheid and contempt for your fellow man OR  choose to reject you as a man, a leader, a public figure, and shun your ideology like those of like low mind and degenerative spirit that have gone before you.

In other words, will we, the world, give you the lovely DeKlerk and shove a Mandela boot up your arse and bring real community and peace to the millions of outstanding people and future children who call Israel, Palestine and Gaza home or we will continue to buy your snake oil that is now proudly and publicly labeled SNAKE OIL!

Are you ready for our global vote Mister Netanyahu?
Let’s see what happens!