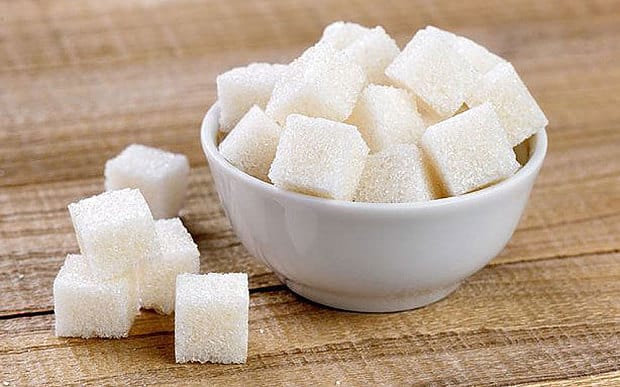 The Secrets of Sugar is a Canadian documentary about the conspiracy by the sugar industry and processed food companies to conceal the damaging effects of sugar on human health. For decades, the medical establishment has led us to believe that our intake of animal fat is responsible for soaring rates of obesity, diabetes and heart disease. It turns out the real culprit all along is sugar (see The Big Fat Surprise).

Investigators have uncovered industry documents going back to the 1950s linking excess sugar intake with health problems. In 1972, researcher John Yudkin published the book Pure, White and Deadly about research linking sugar to heart disease. The response by the food industry was a vicious campaign to portray Yudkin as an incompetent quack. This, in turn, led to a thirty-year shutdown of institutional funding for research into sugar’s health effects.

For me, the film’s most shocking revelation was the immense amount of sugar hidden in so-called “healthy” processed foods, such as yoghurt, oatmeal, soup and Healthy Choice frozen dinners. In one segment, a former industry scientist nicknamed “Dr Bliss” explains the importance of the “bliss point,” the quantity of added sugar that makes you crave a particular product.

A close look at product labels suggests they are designed to confuse consumers about the actual sugar content of foods. Meanwhile like the tobacco industry, Food Inc spends billions of dollars lobbying against government (and UN) recommendations for a maximum daily sugar intake and clearer food labeling laws.

For years, doctors and dieticians have been telling us that sugar is bad because of all the “empty” calories. New research indicates sugar acts as a poison, inflicting direct damage on the liver and brain via its impact on insulin production. In addition to studies implicating high sugar intake in obesity, diabetes, heart disease and cancer, others point to its role in the development of Alzheimer’s Disease and polycystic ovarian disease.

Industry scientists interviewed in the film manifest the same “blame the victim” mentality as the tobacco industry. They maintain the responsibility lies with the consumer to choose whether to eat sugar – or to smoke. The filmmakers counter that healthy choices are impossible without good information.

The film follows an obese couple over three weeks, who achieve significant weight loss, as well as reductions in cholesterol and triglycerides, simply by eliminating all processed foods from their diet.