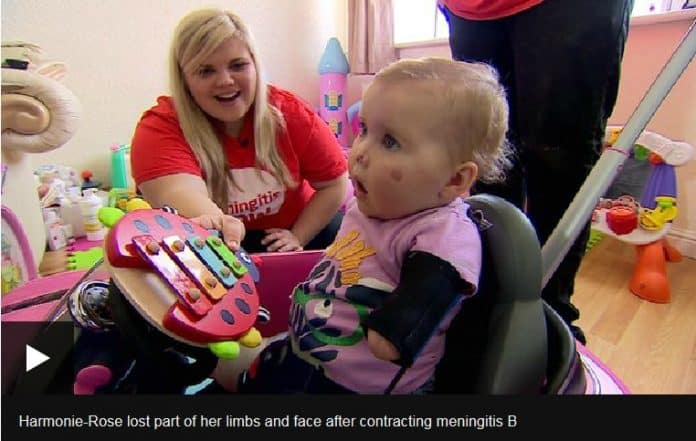 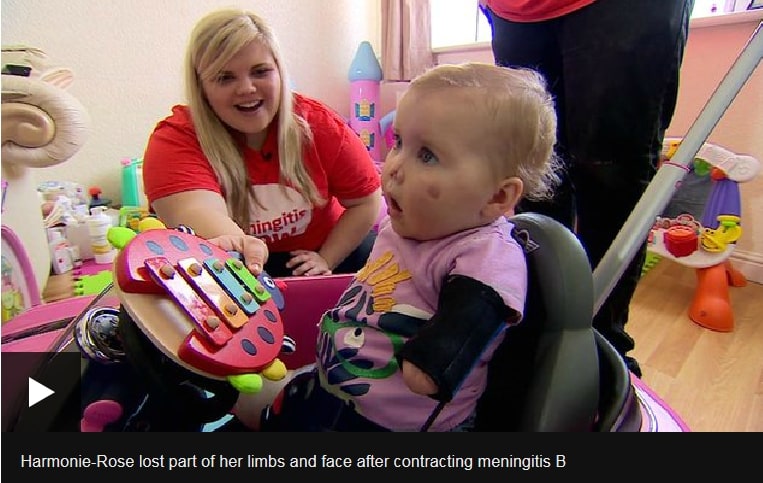 All UK babies will soon have access to a vaccine against meningitis B, after a deal with drug manufacturers, Health Secretary Jeremy Hunt has announced.

The agreement with GlaxoSmithKline will mean the vaccine can be introduced on the NHS “this year”, Mr Hunt said.

Government advisers said in 2014 that every child over two months old should be given the vaccine, but negotiations over costs have delayed this process.

Mr Hunt said it was important to get value for money.

Campaigners had warned the delays put children’s lives at risk.

The drug will now be added to the national childhood immunisation scheme, meaning babies will receive the first vaccine at two months old, followed by two further doses.

Scotland’s health secretary, Shona Robison, said the vaccine would be provided to all infants in Scotland “as quickly as possible” following the deal – which was also made on behalf of the devolved government.

Mr Hunt said he was “delighted” to have secured an agreement with GSK – the company that now manufactures the vaccine.

It followed lengthy negotiations with another supplier – Novartis – which used to own the vaccine, called Bexsero.

GSK acquired the vaccine from Novartis, which resulted in the price of the vaccine being reduced and the deal being struck, Mr Hunt said.

Ten-year-old Sofia Crockatt lost her left leg below the knee to meningitis when she was two. Despite this, she has no mobility issues and runs, goes horse riding, and takes part in athletics.

Her father Nick said the day she became sick in 2007 was “one of the worst days of our life”.

“Sofia went from being ill with what looked like a regular flu bug, to fighting for her life within hours. The speed of it is scary.

“It’s just frustrating and disappointing that some people have lost their lives and limbs and bits and pieces as a result of this vaccine not being available.”

Announcing the agreement, the health secretary said he was “very proud that we will be the first country in the world to have a nationwide MenB vaccination programme”.

He said that although it was “disappointing” the deal had taken so long, it was important to follow the advice of independent scientific advisors on vaccines and their costs.

Mr Hunt added: “[The deal] means we can now go ahead this year with rolling out the meningitis B vaccine and I think that’s something that families, particularly ones with young children, will really welcome.”

Sue Davie, chief executive of charity Meningitis Now, said: “To know that babies will be protected against MenB is fantastic and another great step forward in our fight against meningitis.”

Chris Head, chief executive of the Meningitis Research Foundation, said: “We are delighted that vaccinating all babies against this devastating disease is now within sight, cementing the UK’s position as a world leader in meningitis prevention.”

Linda Glennie, also of the foundation, said the vaccine was predicted to cover more than 80% of meningitis B cases.

It would protect against a more virulent strain of meningitis B increasingly found in the UK, she added.

There are about 1,870 cases of meningitis B each year in the UK.

Symptoms include a high fever with cold hands and feet, confusion, vomiting and headaches. Most children will make a full recovery with early diagnosis and antibiotic treatment.

It is fatal in one in 10 cases. About one in four of those who survive is left with long-term problems, such as amputation, deafness, epilepsy and learning difficulties.