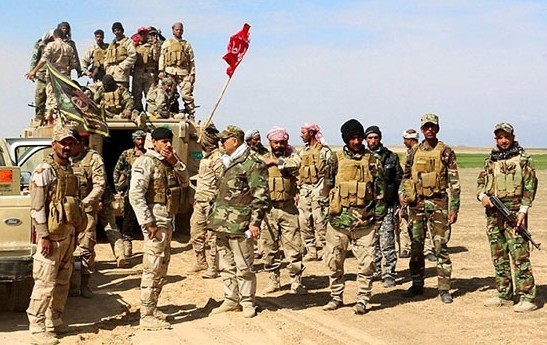 Note: You can watch 3.5 minute interview on Press TV here.

Press TV has conducted an interview with Jim W. Dean, managing editor at VT from Atlanta, for his take on the battle against the ISIL Takfiri terrorists in Iraq.

The ISIL started its campaign of terror in Iraq in the early June of 2014. The heavily-armed militants took control of Mosul before sweeping through parts of the country’s heartland.

Dean tells Press TV that Iraqi forces have moved steadily forward as they try to avoid “unnecessary casualties” on the ground.

Pointing to Iran’s help in the fight against Takfiris, the political expert said Iraqis have “a lot of Iranian help” in fighting terrorists.

“Tikrit is basically a testing ground,” the commentator argues, noting that it is really going to build up a lot of confidence for the ISIL confrontation in Mosul, which is going to be a bigger target.

Iraqi military forces have shown that they are able to work with the locals and hold the ground, Dean argued.