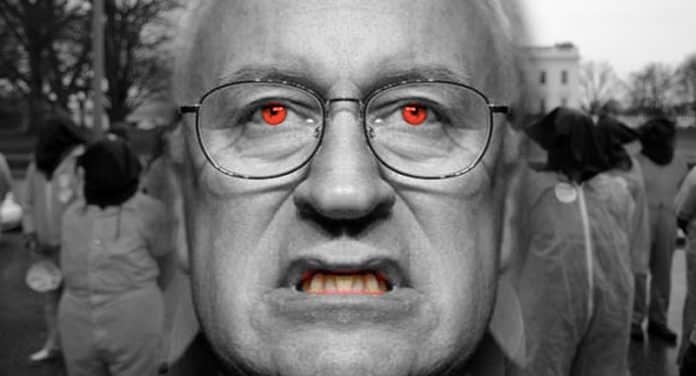 Former Vice President Dick Cheney surprised the world this morning during an interview in his luxurious Jackson Hole residence when he admitted that the fourteen-year-old rumors that 9/11 was an inside job were actually true.

In an exclusive interview with The Hollywood Inquirer, Cheney explained that the only way to move toward a global Pax Americana was by engineering a “New Pearl Harbor.”

“When we assumed office in January 2001 and saw we were losing control of the world, we all panicked,” claims Cheney, obviously very emotional. “We didn’t know what to do. And Paul Wolfowitz, our strategist, suggested we rig up an attack on America as a temporary solution. The militarized police state was only supposed to last for a few years. But as time went by and nobody seemed to notice, we kept playing along.”

Mr. Cheney alleges that the cabal did send out a lot of hidden messages through the years to prepare the population for the truth. Rumsfeld’s speeches have been full of references to “the missile that hit this building (the Pentagon)” and “the flight we shot down over Pennsylvania.”

Larry Silverstein, who helped finance the operation through insurance fraud, has repeatedly discussed “pulling” i.e. demolishing Building 7. George W. Bush himself has discussed watching a live Secret Service feed of the first plane hitting the World Trade Center. And Benjamin Netanyahu has repeatedly celebrated the success of the 9/11 operation.

“We felt guilty about the deception” added Cheney. “We wanted to tell the world the truth, but we were afraid of the reactions it would provoke. We thought the whole planet was going to hate us for all the lies we had told, so we kept lying but sending subtle clues to relieve our consciousness.

When the first rumors finally began about the whole thing, we felt very nervous and started planting fake conspiracy stories – some of them containing true information, but with laughably lousy sourcing to ‘poison the well’ – in order to confuse the public into apathy.”

Cheney claims he finally decided to tell the truth because he was afraid it was going to die with him. At age 74, with a bad heart, he is one of the few people who knows the big picture and was afraid that after his death the real story would be buried forever.

From his home in Madison, Wisconsin noted conspiracy expert Dr. James Fetzer stated that Cheney’s confession “appears to be authentic.” Fetzer argues that even though there is no such newspaper as the “Hollywood Inquirer,” and that the alleged interview was written as a parody and published on April 1st, the authenticity of the confession cannot be doubted, because most of what “Cheney” is purported to have said appears to be true.