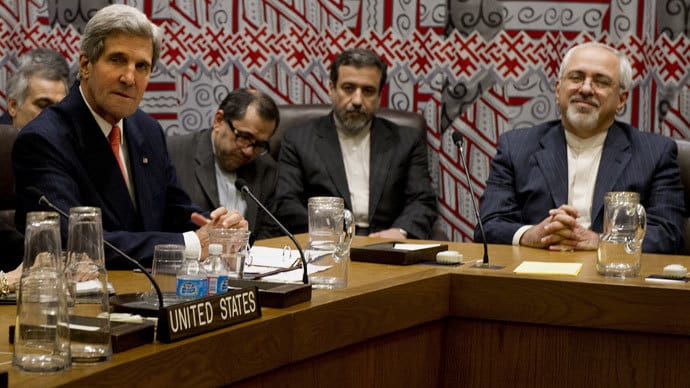 Israel says all options including military action are on the table in the face of Iran’s nuclear program.

Israel’s intelligence minister said Tel Aviv would attack Iran if it has no other choice. Yuval Steinitz also said that Israel does not need permission from the United States for military action against Tehran.

Iran has already warned that it will give a crushing response to any aggression on its soil. Israel, the sole possessor of nuclear weapons in the Middle East, has repeatedly claimed that Tehran is seeking arms in its nuclear program. Iran has strongly rejected that as fabricated and baseless.

In the USA, Netanyahu’s political arm AIPAC is working overtime to give it’s members within the US Congress their  talking points while unsuspecting Americans are about to be hit with a blitzkrieg of mis-information designed to spook them into thinking that the deal is a danger to their lives and that war with Iran is far better than global diplomacy.

Moreover, insiders are reporting that war hawks feel strongly that the nuke deal jeopardizes their prospects for world war and profits.  Thus a last resort false flag attack to be blamed on Iran may hit the USA or Europe very soon.  The design would be to put fear into citizens and swing those who are on the peace train back to the fear train where the war hawks, GOP and AIPAC need them to be so they assist and help derail peace to insure future war profits.

In the meantime, U.S. President Obama and world leaders press on with global business to insure peace and calm remain intact so that Israel and their war hawker friends do not realize their lust for world war.