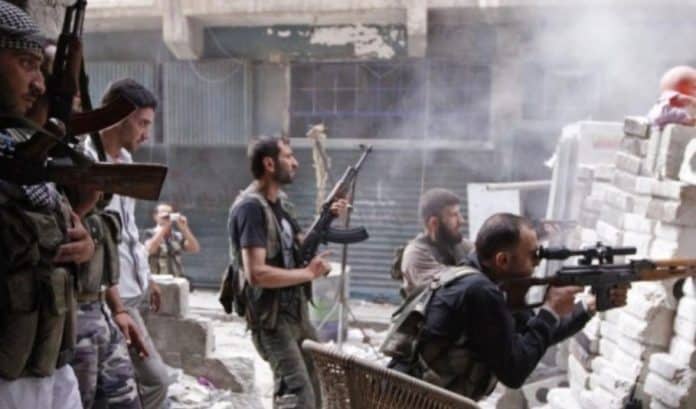 “ISIS and al Nusra received orders from their operatives to intrude Yarmouk camp.”

He added that their main goal was to perpetuate the ongoing conflict in Syria, demolish the camp, and force its residents out, in order to annihilate the right of repatriation for the Palestinians.

“A contingent offensive military plan must be designed and implemented by all Palestinian factions to drive the terrorists out,” he stressed, noting “we have no choice, but to evict them all no matter how long they stay.”

Full text of the interview

Q:  Which Palestinian Factions are fighting in Yarmouk camp now against ISIS and al Nusra?

A:  Aknaf Beit al Maqdes group was previously operating with Hamas, as its headquarter was in Syria. When Hamas Leadership left Syria, during the eruption of the Syrian Crisis, its figurehead, Khaled Michaal, claimed that his movement had no relation with the 200 man group that hit the camps.The group is currently divided into two branches: the first offshoot joined Fateh al Intifada in the “Palestine Camp” after their criminal records were cleared by the Syrian government, while the other merged with ISIS.We had an initiative, hitherto, with Aknaf Beit al Maqdes to give up arms and return and join the Palestinian factions’ ranks, but it failed due to al Nusra incorporation with ISIS in the “Black Stone” area (Al Hajer Al Aswad.)

Such a move led to ISIS incursion of Yarmouk camp, whose main drive was to eliminate Aknaf Beit al Maqdes and Ababel Houran combatants who sought to reconcile with Syrian-backed Palestinian factions. ISIS intruders can be estimated at 500 strong, who are, largely, Arab and foreigner.
Al Nusra militants, numbered at 1200 strong, are predominately Syrian and Palestinian, but contain a few Chechens and Saudis. Earlier, al Nusra liquidated a group called “Abna’a al Yarmouk group” because that group wanted to mend fences with Syrian-backed Palestinian factions.

Q:  How many people have been displaced from their homes?

A:  About 200 families (2000 persons) were displaced from their homes to the neighboring areas. The General Organization for Palestinian Refugees, in coordination with the Syrian Ministry for social affairs, is currently providing them with food and medical supplies. Presently, 12000-15000 Palestinian inhabitants live in Yarmouk camp, among whom are 5000-7000 Syrians. During the past two years, 800,000 Syrians and 160,000 Palestinians left the camp. Before the crisis, the total number of the dwellers was 1.5 million.

Q:  Who is reaping the benefits of what happened in the Yarmouk Camp?

A:  Mainly Israel which wants to abolish the right of repatriation for the Palestinians, and the key counties, namely Saudi Arabia, Turkey, Quarter and Jordan, which render logistics and financial support for the terrorist groups. The US-Israeli backed operatives have an interest to perpetuate the conflict in Syria, destroy the camp, and force the Palestinians to emigrate to Europe, USA, Australia and Scandinavian states. About 50,000 Palestinians out of half a million migrated abroad.

Q:  What can you tell us about the field situation there?

A:  ISIS and al Nusra control 65% percent of the camp now, while the other percentage is in the hand of the Palestinian factions and the national defense forces. Our fighters alone seized two-third of “Palestine camp.” We are entrenching our positions there. The Syrian Army bombarded the Black stone area, not Yarmouk camp, while our artillery pounded the terrorists in the camp. The only way to evict the militants is to “design an offensive military plan that all factions adhere to it and implement on the ground.” “we have no choice, but to evict them all, no matter how long they stay there.” 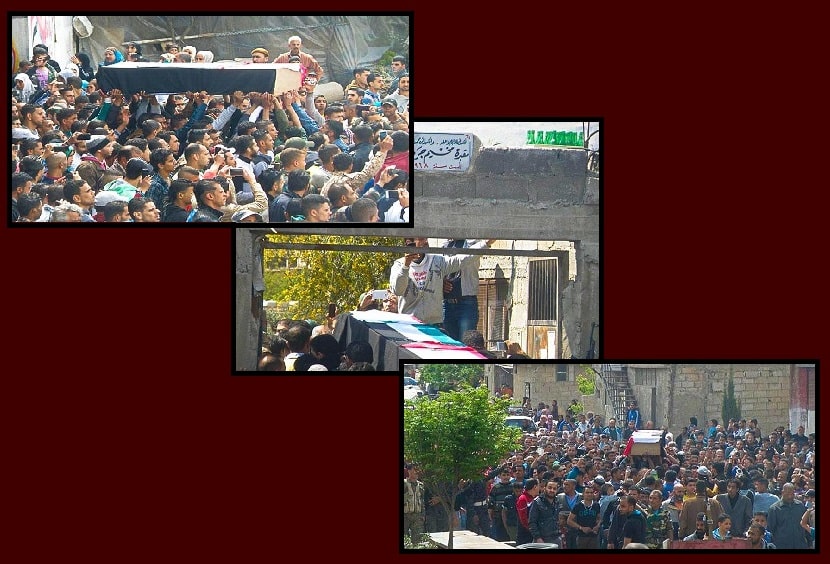 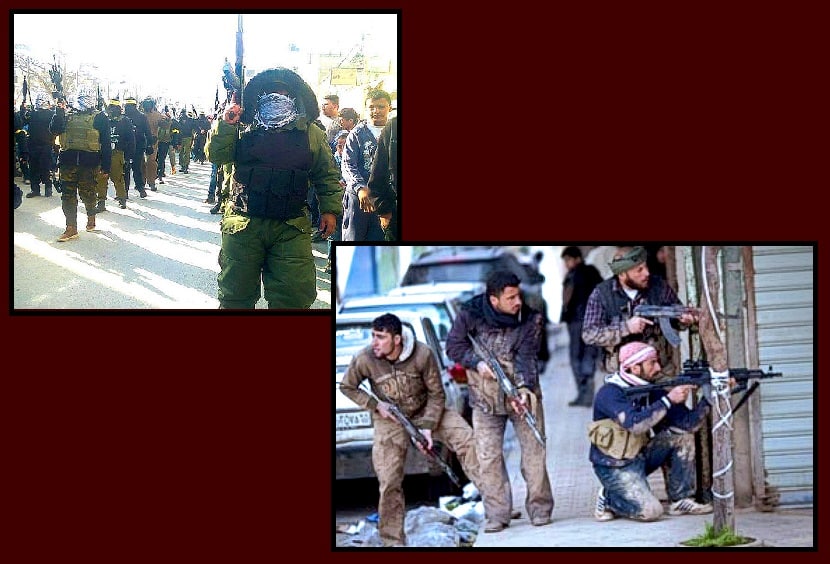