Home World US, Arab allies involved in another proxy war in Yemen 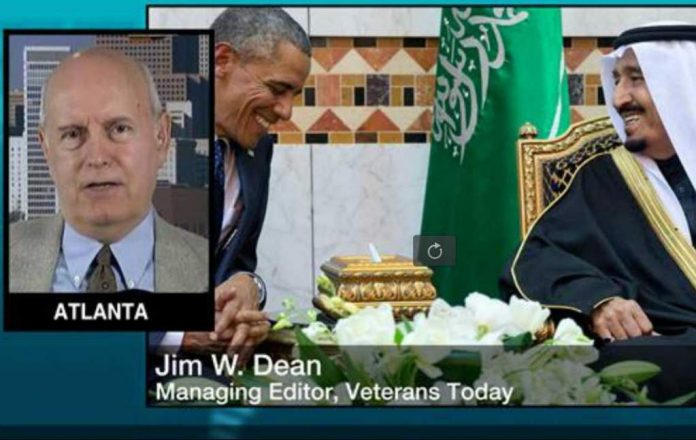 You can listen to the 4:40 minute phone interview here.

[ Note:  The Saudis are moving more troops and armor to the Yemen border, in what could be preparation for a move into Houthi territory while they are fully engaged in the South of the country.

The bombing was designed to severely weaken not only their logistical supply chain, but also to limit a very critical item… fuel, without which you are in big trouble even on defense.

The developing humanitarian crisis for the Yemenis seems to have no one worried about bad PR in the West, as they will just blame it all on the Houthis.

I was afraid that in Syria, where the world just got used to 230,000 dead and millions living in tents for years, as just background noise… that a weak response would see more moves to settle some old scores. ]

Saudi Arabia and its Arab allies in the Persian Gulf are fighting a proxy war for the United States in Yemen, a political analyst in Atlanta says.

Observers were surprised that the US was involved in another proxy war in Yemen when there was no threat to Washington, said Jim W. Dean, the managing editor and columnist at Veterans Today.

The airstrikes are “practice” and “training” for the Arab countries involved in the Saudi military campaign in Yemen, Dean told Press TV on Tuesday.

“There’s no threat to any of these countries that are in this coalition and no threat to the US but because most Americans don’t even know where Yemen is, there’s no political pushback here,” he added.

Ansarullah Houthi revolutionaries say Hadi, who is now in Riyadh, lost his legitimacy as president of Yemen after he fled the capital to Aden in February.

The relentless airstrikes by the Saudis have largely failed to halt advances of the Houthi Ansarullah fighters and their allies who are now advancing southward while they have also stepped up the fight against al-Qaeda terrorists and secured many areas.

Nearly 2,600 people have reportedly been killed in the Saudi aggression so far. A significant number of schools, shops, gas stations, markets, stadiums and mosques have been destroyed in the attacks.