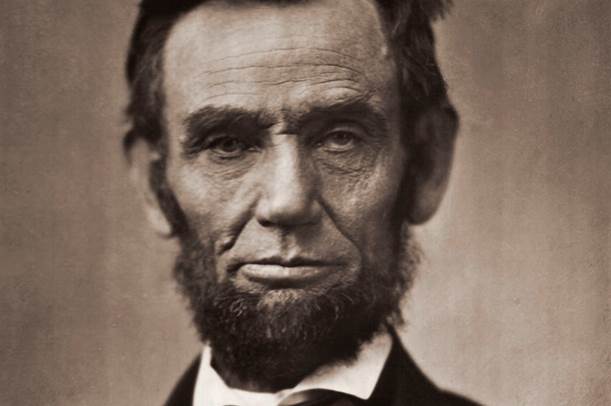 On the anniversary of Lincoln’s assassination on April 14,1865,150 years ago, I pause to reflect on this giant of a man and 16th President who represents all the moral qualities we would hope our current Presidents embody ~ and yet we remain so bitterly disappointed when few if any of these Presidential pretenders can approach the moral timbre of our greatest president: Allen L Roland, Ph.D

“America will never be destroyed from the outside. If we falter and lose our freedoms, it will be because we destroyed ourselves.” ~ Abraham Lincoln

Abraham Lincoln is still a symbol of the best of America and historian Doris Kearns Goodwin in 2008 listed the ten qualities that made Lincoln such a great leader as well as the qualities we should look for in our present leaders.

While researching her Pulitzer Prize winning book, Team of Rivals: The Political Genius of Abraham Lincoln, Kearns Goodwin learned that Lincoln had the capacity to listen to different points of view. He created a climate where Cabinet members were free to disagree without fear of retaliation. At the same time, he knew when to stop the discussion and after listening to the various opinions, make a final decision.

Lincoln was able to acknowledge errors, learn from them, and then move. In this way, he established a culture of learning in his administration, said Kearns Goodwin.

In response to concerns expressed by friends about the actions of some of his Cabinet members, Lincoln stated that the “path to success and ambition is broad enough for two” said Kearns Goodwin. When there was success, Lincoln shared the credit with all of those involved.

When mistakes were made by members of his Cabinet, Lincoln stood up for them said Kearns Goodwin. When contracts related to the war effort raised serious questions about a member of his administration, Lincoln spoke up and indicated that he and his entire Cabinet were to blame.

Kearns Goodwin noted that one of the weaknesses acknowledged by Lincoln was his tendency to give people too many chances and because he was aware, he was able to compensate for that weakness. As an example, she stated that George McClellan, Commander in Chief of the Union Army, refused to follow directives about the war effort. Lincoln eventually set a deadline and eventually removed McClellan from the position.

According to Kearns Goodwin, Lincoln treated those he worked with well. However, he did get angry and frustrated, so he found a way to channel those emotions. He was known to sit down and write what he referred to as a “hot letter” to the individual he was angry with and then he would set the letter aside and not send it. If he did lose his temper, Lincoln would follow up with a kind gesture or letter to let the individual know he was not holding a grudge, said Kearns Goodwin. She noted that one of the letters was released as part of Lincoln’s Presidential papers with a notation that it was never signed nor sent.

Lincoln understood the importance of relaxation and humor to shake of the stress of the day and to replenish himself for the challenges of the next day. According to Kearns Goodwin, Lincoln had a wonderful sense of humor and loved to tell funny stories. He encouraged a healthy atmosphere of laughter and fun in his administration. He also enjoyed going to the theater and spending time with friends.

During the Civil War, many soldiers died and there were many ups and downs. Lincoln established lasting connections with the troops by visiting the battlefield and hospitals, which also helped bolster morale.

Lincoln also spent time talking with members of the public, taking ‘public opinion baths’ according to Kearns Goodwin. He held public receptions and made a point of shaking everyone’s hand and speaking to each individual.

In the summer of 1964, said Kearns Goodwin, the war was not going well for the North. Members of his political party came to Lincoln and said that there was no way to win the war and he might need to compromise on slavery. Lincoln held firm on the issue of slavery and turned away from this advice.

Kearns Goodwin stated that Lincoln had a “remarkable ability to communicate his goals to his countrymen.” He made concepts simple and communicated with an understanding of the concerns of the citizens.

When the war ended and he won reelection, Lincoln did not focus on his achievements said Kearns Goodwin. Rather, in his second inaugural speech, Lincoln focused on bringing the country together as expressed in the following excerpt. “With malice toward none, with charity for all, let us strive on to finish the work we are in, to bind up the nation’s wounds, to care for him who shall have borne the battle and for his widow and his orphan, to do all which may achieve and cherish a just and lasting peace among ourselves and with all nations.”

Kearns Goodwin ended her keynote address with the following words from Leo Tolstoy about Abraham Lincoln. His greatness consisted of the “integrity of his character and moral fiber of his being.”   See article

To get a real feel for Lincoln, watch Steven Spielberg’s 20 minute featurette on Lincoln which is a perfect backdrop for this amazing man of character as well as Spielberg’s brilliant film. 20 minute YouTube featurette ~

In the spirit of Lincoln ~ Integrity of character and moral fiber of their being are the two determining qualities with which we should judge our leaders as well as potential leaders ~ which, at the present time, leaves a somewhat barren political landscape in America.

“Nearly all men can stand adversity, but if you want to test a man’s character, give him power.” ~ Abraham Lincoln