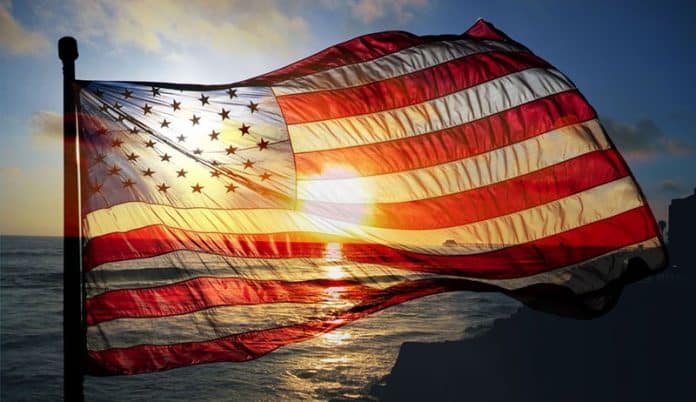 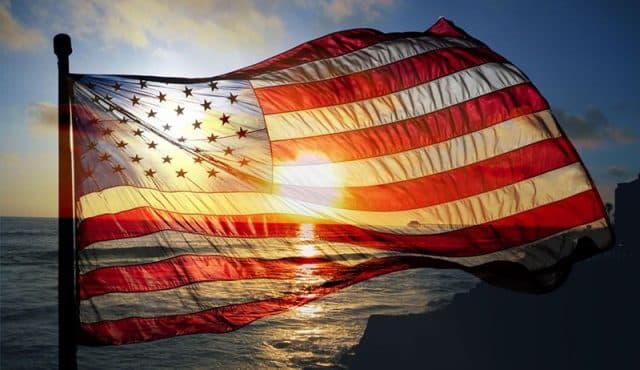 Notwithstanding its morally, ethically corrupt and dysfunctional political institutions and its criminal financial system, America remains a great and beautiful country — with its people – their sense of decency, giving and hard work.

Back home to my country of choice, after 36 years of foreign assignments and work, I have to say it is great to be back home to America, the country we all love and care for.

While thinking of something to write about, being home I could not help but think of past times when my family, miserably poor after the 1948 Arab-Israeli war with hardly any job prospects, got our first CARE package – a generous gift from the people of the United States.

The CARE package contained some dry food items, and most important it contained old clothing. It is with the old clothing that, as children, we took our first picture together with grandmother, mother and father. We continue to cherish this picture, not only because it covers three generation, but also because it reminds us of the generosity of the American people.

True, most of the world, especially in the Middle East, do not remember America for its CARE packages, but for its bombs, cruise missiles, naval shelling and undermining the freedoms of the people, as it has supported criminal corrupt regimes in almost all of the Middle East.

Israel alone benefited the most from the American military generosity, and it used the *gifts* to kill hundreds of thousands of people, destroy entire countries and occupy lands, in violation of all international laws. It always reminds the people of the Middle East of the ugly face of America.

There are many great things about America, primarily its generous and decent people, the enriching diversity of its people, and its welcoming of immigrants, (not withstanding the rhetoric and racists remarks by some Republicans, who are also the sons of immigrants).

It is a country where neighbors greet newcomers with their Welcome Wagon, providing food and support to new arrivals on the block. It is this kind of assistance one sees during heavy snowstorms or the occasional help with a broken down car. It is the car rides provided to the neighborhood children – to all of them – to attend sports events and practices. Yes, America is great with its kind and caring people. Maybe things are not the same as years past, but nevertheless, it remains a welcoming country.

I chose five themes representing the best in America and its outstanding contribution to the world, and as a mark of the people’s generosity, these are:

Perhaps the most outstanding thing and contribution America made to the world, beside the Marshall Plan. The Peace Corps motto is:

Since that memorable time, more than 220,000 American volunteers, young and old, served in over 140 countries, with current enlistment at 6,818 volunteers, with an annual budget of $356.25 millions – equal to the cost of three F-35 jets.

It is interesting to note the breakdowns, as service in education represents (38%) followed by health (24%), environment at (12%), community economic development (9%), youth in development (9%) and agriculture at (5%).

Africa leads the world as the number one beneficiary at 45% of volunteers, followed by Latin America at 23%, East Europe/Central Asia at 10%, Asia at 10%, Caribbean at 4%, with North Africa/Middle East and Pacific Islands at 3%.

In the good old days, there were some outstanding senators and congressmen. The Fifties and Sixties saw not only outstanding senators, but also giants, compared to the midgets we have now. Senator J. William Fulbright (D-Arkansas) was, for many years, chairman of the Senate Foreign Relations Committee. To his credit, he shamed Johnson and helped to end the Vietnam War. Unlike the present Senator from Arkansas, who is ready to go to war against Iran, for reasons only his “sponsors” know.

“Educational exchange can turn nations into people, contributing as no other forms of communication can to the humanizing of international relations,” J. William Fulbright 1983.

The Fulbright Program was established in 1946 immediately after the war under legislation introduced by the late Senator Fulbright, with the US Department of State Bureau of Educational and Cultural Affairs sponsoring the program since then.

Some 70 years later, the program can proudly post some 360,000 beneficiaries from the US and from around the world who either studied overseas or who studied at US universities, with the current number at 8,000 students. Students and scholars from more than 160 countries benefited from this outstanding program.

It is interesting to note that 53 Fulbright alumni from 13 countries were awarded the Nobel Prize, with 79 alumni being awarded the MacArthur Foundation Fellows, and 80 alumni receiving the Pulitzer Prize. You see, *yes*, there are many great things America does and can do for itself and for the world. The Peace Corps and the Fulbright Program have more impact on America and the world — more than all the bombs dropped all over the world since the end of WWII.

3. A nation of immigrants

When I was discussing this post with my wife, she reminded me of why she loves America. It allowed her to bring her Mom and Dad, her brother, and his wife and children to America. She reminded me what country in the world would allow that? Having lived in Europe and the Middle East, many countries would not grant residency permits for children past 18 years, nor allow children with residency status to bring their parents to live with them. Indeed, America is a country like no other.

Family unification is one of its most outstanding and humanely generous laws. If I am to count the number of people whom my late father was able to bring to this country and their offspring, it would come close to 85, and thank God, all are doing well in America.

As a nation built on immigration, I do not understand the anger and hate the words “immigration and immigrants” generate in certain circles and in certain parts of the country. The only explanation I can have is racism and xenophobia based on misunderstanding the history of this country. They simply forget who they are?

However the list does not stop. There are the top 10 state university systems — like Indiana, Michigan, Wisconsin, Ohio, and Illinois, among others. America also boasts of having the largest “community college” system in the world. The most outstanding features of the American educational system is its encouragement of all ages, where 18-year-old students can sit next to an 80-year-old student. You will never see this anywhere in the world. That is what makes our educational system stand out in the world.

Adding to educational institutions, the US also boasts of having the most outstanding medical institutions in the world. The National Institute of Health takes the lead, followed by John Hopkins, Mayo Clinic, Massachusetts General, Texas Medical Center, Cleveland Clinic, New York Presbyterian Hospital, University of Pennsylvania Health System, University of Pittsburgh Medical Center, and UCLA Medical Center, among many others. Of course, medical care is not free and expensive and not within the reach of many Americans; nevertheless, it is the most outstanding in the world.

America and Americans have been, and continue to be, the most generous nation and people of the world, here at home and abroad. True, most of our foreign aid — 60% — goes to criminal rogue Israel, a country with higher per capita than many of the States in America, but our foreign assistance program continues to be the largest among nations. We are one of the nations that offers generous relief from natural disasters, dispatching our Navy and Air Force to help…. no bombs, but with food supplies and shelters.

In 2013, American contributed/donated more than $335.17 Billion, with more than 95% of American households giving to charity, with the average giving at $2,974 — a very generous amount by any standard.

However, the majority of contributions and donations do not go overseas, but stay here at home, with the “church” receiving 31% of total household contributions, followed by education (16%), human services (12%), and grant making (11%).

With this kind of nation and people, why do we have the most corrupt, inept and incompetent political system and the most inhumane and greedy financial system? Shouldn’t these two institutions reflect the generosity and decency of America and Americans…? See you at the next polls.