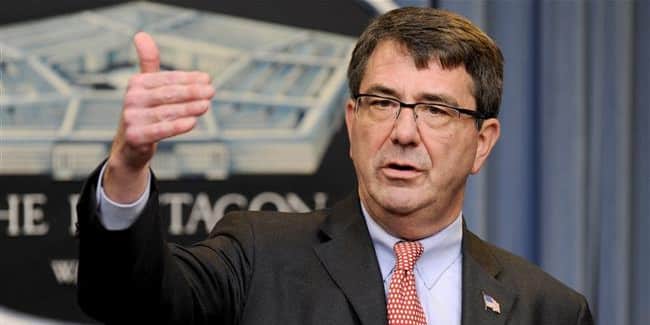 [ Editor’s Note:  Once again we have the biggest cyber warrior on the planet, the US putting a show on for us how we are being attacked by the meanies overseas, when we know they are just responding to the massive cyber assault we inflict on them.

I still can’t figure why government seems so unconcerned, but their loss of credibility through lying to us about stuff that is obviously such. An idiot could see it.

Do they think we are all dumbed down so far that we would believe that our cyber aggression would not have at least a little to do with the counter attacks we are getting?

And when we see that “they” (our folks, this time) are making money on the offensive attacks, followed by the defensive work those attacks manufacture, do they really not suspect that we might not view this as robbing us coming and going?

Once again there is not enough push back from the folks. Yes, people complain, but the Congresscritters hear hardly a word of discontent about these home grown national security scams. It’s been said many times, but appropriate one more time. People who took 9-11 on their knees will take anything you throw at them… Jim W. Dean ]

Pentagon says that one of its networks has been hacked by Russian hackers earlier this year calling it “worrisome”.

“Earlier this year, the sensors that guard DOD’s unclassified networks detected Russian hackers accessing one of our networks,” Defense Secretary Ash Carter said during a speech at Stanford University on Thursday.

Carter warned Russia that the US Defense Department will resort to cyber weaponry if it deems necessary.

“Adversaries should know that our preference for deterrence and our defensive posture don’t diminish our willingness to use cyber options if necessary,” Carter said in prepared remarks.

He said that the Russian hackers managed to access an “unclassified network” but added that the hackers were “quickly identified” by a team of incident responders who thwarted the intrusion “within 24 hours”.

The US team analyzed “their network activity, associated it with Russia, and then quickly kicked them off the network,” Carter added.

On April 7, CNN reported that the White House and the State Department had been attacked by Russian hackers.

According to CNN, US officials claimed that Russian hackers attempted to “penetrate sensitive parts of the White House computer system”.

The hackers gained access to “sensitive information such as real-time non-public details of the president’s schedule,” the report added.

The investigators claimed the hacking of the White House had been carried out through an initial breach of the State Department.

According to one official, the State Department system had been “owned” by the hackers for months and it was yet not clear if the attack had ended.

The hackers initially took over a State Department email account, through which they sent a “phishing email” to begin intrusion into the White House, according to the US officials.

Back in February, Director of National Intelligence James Clapper told a Senate hearing that the “Russian cyber threat is more severe than we have previously assessed”.