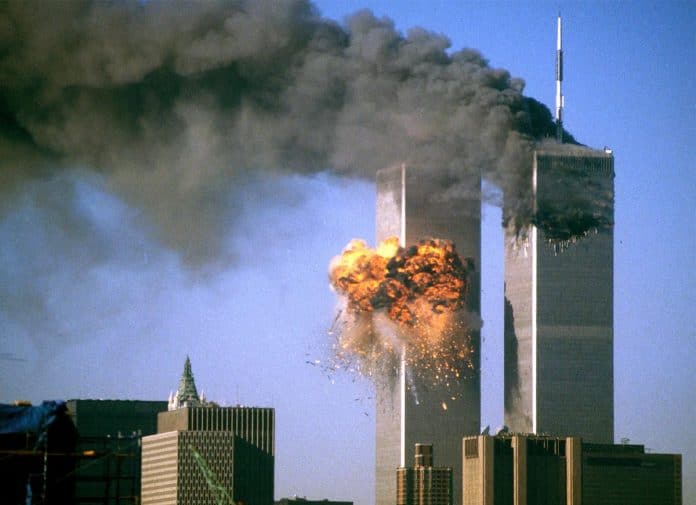 Three million people in the streets of Washington, DC, protesting peacefully but firmly. Their message: “Truth and justice are non-negotiable.” Or to put it a bit more bluntly: “Justice or else.”

Could it turn this country around?  We may find out next October.

Sources close to the Nation of Islam and the 9/11 truth movement have revealed that the Honorable Minister Louis Farrakhan is planning to lead millions of people to DC in a march for truth and justice in October 2015. (This exclusive story was broken on today’s False Flag Weekly News.)

The march will commemorate the 20th anniversary of the Million Man March of October 16th, 1995, also organized by the Honorable Minister Farrakhan.

This time, the march will emphasize that “black lives matter.” But its larger theme will be truth and justice – not just reining in rogue cops who shoot citizens, and rogue jurisdictions that protect murderous cops, but at a more fundamental level ending the entire police state and reversing America’s march towards total tyranny.

Since that tyranny escalated significantly on September 11th, 2001, a major theme of the event will be 9/11 truth.___

The organizers have contacted significant figures in the 9/11 truth movement, including Richard Gage AIA of Architects and Engineers for 9/11 Truth, and Christopher Bollyn, author of Solving 9/11, who have agreed to participate.

Gage, who is speaking to the AIA Convention that kicks off today in Atlanta and runs through the weekend, has spoken previously at Savior’s Day, the Nation of Islam’s largest annual event.___

Gage’s upcoming speech in Atlanta will support a “yes” vote on the AIA’s referendum on endorsing a new investigation of what happened to World Trade Center Building 7. (Gage is being introduced in Atlanta by former six-term Congresswoman and Green Party Presidential Candidate Cynthia McKinney.)

The concept of a new Million Man March for 9/11 Truth has been floating around for years in the 9/11 truth movement. This writer sent a letter to the Honorable Minister Farrakhan in 2005 proposing such an event. (I like to imagine it planted the seed that will blossom next October.) Then several years ago Anisa Abd el Fattah of the National Association of Muslim American Women organized a Muslim March for 9/11 truth in Washington, followed on 9/11/2013 by the Million American March Against Fear (misportrayed by Fox News as a “Million Muslim March”) sponsored by MD Alam and the American Muslim Political Action Committee (AMPAC).

This October’s march is unique in its almost unlimited potential for political impact, for several reasons:

The mainstream media propagandists will undoubtedly attempt to vilify the proposed march. They will demonize the Honorable Minister Farrakhan, as they have been doing for decades. But virtually all 45 million African-Americans see through the propaganda. The Honorable Minister Farrakhan is the most respected black leader in America today, because he (unlike a certain occupant of the White House) pulls no punches, speaks unvarnished truth, and refuses to compromise with evil.

Young African-American thinkers and activists, alongside people of all ethnicities who are plugged into the “conscious hip-hop” scene, revere the Honorable Minister and are very much aware of the 9/11 truth and the New World Order’s looting of America. This critically important “young urban populist” demographic gets its news from the internet, not the mainstream media and sees through the lies their elders are being force-fed. It will not be stopped by a few more lies.

According to a source close to the Nation of Islam, the 10/10/2015 march will demand “justice or else” with regard to both police state cases of abuse and 9/11. The source stated:

This is the breaking point you know. When the Minister says ‘Justice or Else’ I only hope that all hell doesn’t break loose.

Certain scumbags in the National Security sector may contemplate taking care of this problem the same way they took care of Dr. Martin Luther King’s plan to bring half a million people to Washington DC – by taking out the charismatic leader. (The US deep state’s assassination of Dr. King, proven in a court of law, is detailed in William Pepper’s book Act of State.)

But high-level people in the Obama Administration, despite their disgusting willingness to murder “terrorists” in drone strikes abroad, are opposed to Cointelpro-style assassinations of domestic dissidents. Obama doesn’t want to go down in history as the murderer of the Honorable Minister Farrakhan, the most popular black leader in America, and be held responsible for years of escalating unrest or perhaps even full-scale civil war.

Additionally, the Nation of Islam (which has moved closer to mainstream Islam over the years) is famous for its toughness and tight security, as well as its disciplined work ethic. This group will not be easy to stop. The nation of Islam security people, who can chase drug dealers out of bad neighborhoods, should be able to maintain security and discipline even among millions of marchers in Washington – and make sure that agents provocateurs don’t derail the event by making hell break loose at an inopportune moment.

What will happen when two black leaders of historic stature – the Honorable Minister Louis Farrakhan and President Obama – meet in a showdown next October in Washington? Who will blink first, the truth-speaker or the mealy-mouthed compromiser? And what will the media make of millions of people in Washington DC demanding the 9/11 truth?

Could this end up with the 9/11-perp neocons being thrown to the wolves? It’s high drama, folks. The stakes couldn’t be higher. I’ll be there. How about you?___

“Emancipate yourself from mental slavery…How long shall they kill our prophets while we stand aside and look?”