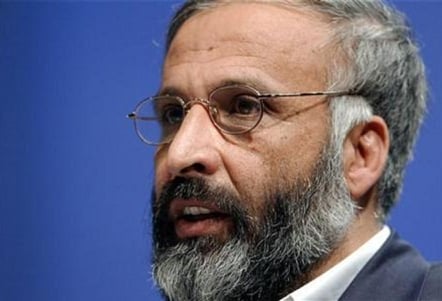 Since several years, Afghans said that some of the High Peace Council (HPC) members are former warlords, are not committed to peace, and do not work for truthful peace either.

The Afghan government was insisting that every kind of peace talks should advance by the High Peace Council (HPC), President Ghani, during his campaign, had said that there would be no need to the HPC anymore, if he took office, taking decision about the HPC would be in his priorities, but after passing eight months, the HPC is still functioning.

The main role in HPC was being played by Mr. Masoom Stanekzai; he is the man who Salahuddin Rabbani was always complaining about him. Salahuddin Rabbani, the head of HPC was telling that the power, the authority and specially the financial issues are controlled by Mr. Masoom Stanekzai, and the head of HPC is kept in dark in financial issues to a large extent. It is also said that some personalities in Peshawar, Karachi, Quetta and Kabul are secretly granted the membership in HPC, and all these took place under the supervision of Mr. Maasoum Stanekzai.

Our society, politicians and authorities have eccentric incongruous mechanism; they were claiming peace and were struggling hardly to have peace with the opposition yesterday, and they put weapon on their shoulders and neglect peace today; they would pose themselves through war, the fighting would harden and the killings would increase, then.

Considering Masoom Stanekzai’s appointment as Defense Minister-designate, it seems that President Ghani is not truthfully committed to peace. The man, who worked several years in the HPC and was in position of having very secret information about peace-related meetings and secret talks, suddenly become appointed as a Defense Minister-designate, what it would be meaning? Why this messenger of peace put step on the way to war?

How can Afghans believe in President Ghani’s peace promises and the other members of HPC that they really work for the peace, the people trust on the government will become decreased.

It does not seem that Masoom Stanekzai would order the army to decrease, ease or stop fighting because of following negotiations policy with the armed opposition. President Ghani, as general commander of the Afghan National Security Forces (ANSF), several times mentioned that they would defeat the armed opposition through fighting, and on 21 May 2015, he in the meeting of representatives of 50 countries, once again, repeated his word that he would response the war with war. The Interior minister had similar expressions, also.

There are some rumors that a high-ranking official of the National Unity Government (NUG) had attended a joint meeting with Americans, British and Germans; the official of the NUG was informed that some provinces including Helmand, Uruzgan and Farah should be left to the Taliban.

The army Chief of Stuff, Shir Mohammad Karimi was asked about such a demand before, he had rejected it, he had said that he, as Army Chief of Staff would be responsible for weakening soldiers’ morale and loosing provinces if he done such a thing.

In 2015, attempts on creating armed groups in the North were made in order to protect American interests, and open the way toward the separation of Afghanistan getting benefit from the weak mechanism of the NUG. Taliban, considering these points, carried the war to North; in the case, the reports on heavy fighting are given from the South, also.

Political analysts are afraid of such schemes made by the US and the UK that they would cause the country to become divided eventually. The US and the UK want to divide the country step by step, that’s why they established the National Unity Government, and appointed the heads from two zones and two ethnic groups, the Pashtun President from the South and the Tajik CEO from the North; this, God forbids, would cause the country to be divided by two, the North and the South in the future.

Masoom Stanekzai does not have previous experience in military; he had worked in civil fields especially in peace-related process in past 13 years. He would be appointed as Defense Minister-designate in order for the extreme chaos to rise, because I believe that Masoum Stanekzai would not be able to control the military generals and give them orders due to not having higher military training and high-level military experience.

But it is very clear that Stanekzai displeases no one; he would not refuse any demand and decision made by the President and the National Security Council, he would implement the NUG plan with a great eagerness.

It is also a concern, why the President changed his position to 180 Degrees in the matter of appointment minister-designate for the Defense Ministry. First, he designated an experienced serviceman, the army chief of stuff, Shir Mohammad Karimi but a lot of members of the Parliament especially those from Khost province rejected him and did not provide him with vote of confidence as a result of the North Coalition’s gesture.

Second, Afzal Loudin, a former intransigent communist and an experienced serviceman was designated as a defense minister, but he, having communistic background, faced with harsh reaction from former Mujahedeen in the country, Loudin became obligated to resign from his candidacy.

Third, appointing Secretary of the HPC, Masoom Stanekzai who, previously, was saying that he does not believe in war, who was talking against fighting, who did not proclaim war as a solution and who was dealing with diplomats all the time; such a man is intentionally being taken into war, what does it means?

Meanwhile, the agreement between the Afghanistan’s National Directorate of Security (NDS) and the Pakistan’s Inter-service Intelligence (ISI) states that both administrations will cooperate with each other in eliminating opponents on both sides of the Durand Line.

The partisans of former King Zahir Shah that did not believe in war; were proclaiming Loya Jirga as a solution, and that the murdering of Afghans should be stopped and the fighting should be ended; this group is practically involved in war and is headed by President Ghani, now.

As some of the Jamiat-e Islami leaders do not agree upon the designation of Masoom Stanekzai because they accuse him of having hand in the death of Prof. Burhanuddin Rabbani, the late leader of HPC. On 21 May 2015, President Ghani declared the designation of Stankekzai to the Defense Ministry in the meeting of representatives of 50 countries. Attempts for getting confidence-vote to Stanekzai from the Parliament will be made, because Masoum Stanekzai has close and secret relations with the embassies of US, UK and several other Western countries.

It seems that there is lack of truthful commitment to peace yet, and NUG follows the policies of US and UK; the war would be continued, and armed groups for creating chaos and worsening security would be created by the government intentionally, and the US will continue its rivalry with Russia, dreaming to threaten China and waiting to take revenge of the failures of US and NATO in Ukraine from Russians.

The messenger of peace! I congratulate your obstinacy on war. If you cannot succeed in peace, believe that you would be never succeeded in war.